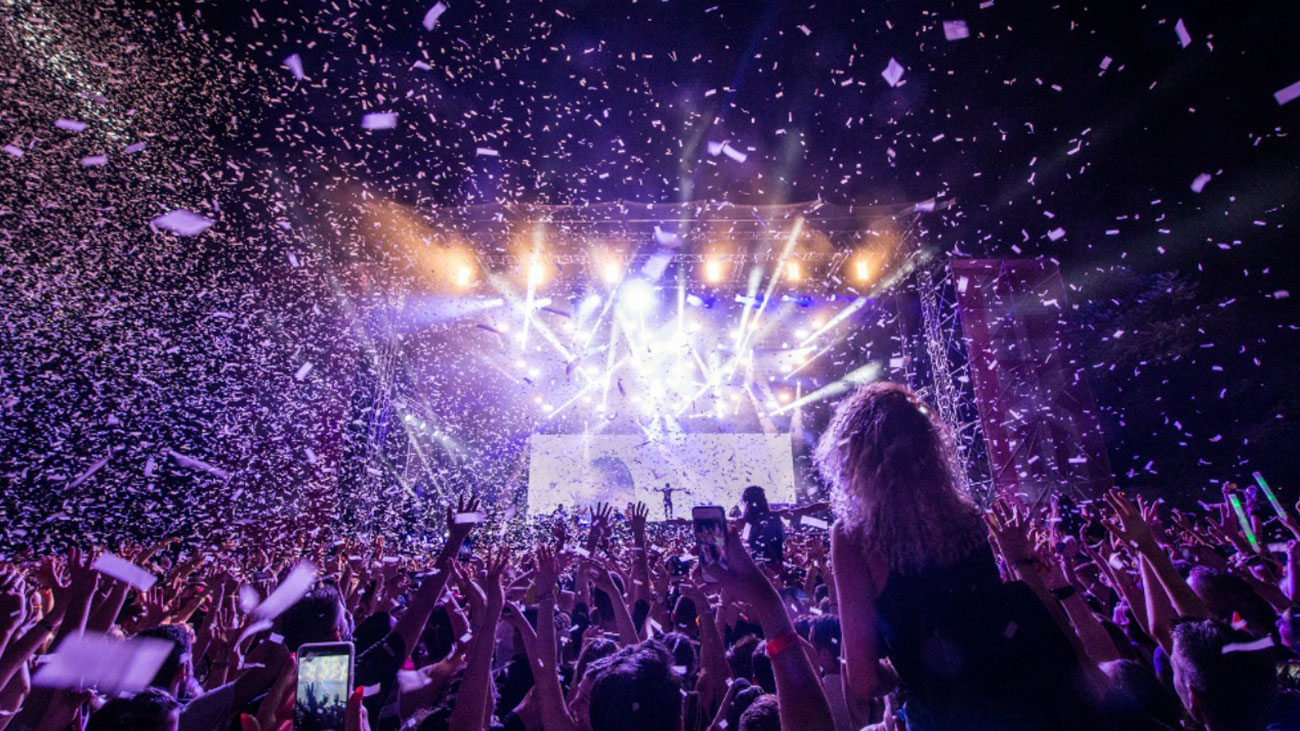 The boiling point of the famous festival atmosphere came early this year, on Friday, while the Saturday’s party managed to push this one step higher towards the sky above a fortress full of people. Traditionally energetic, plucky and loud, Exit audiences showed once more why the festival remains intensely marked in the hearts of the greatest music stars, such as Liam Gallagher who posted on Twitter that “Exit is the best festival in the world”. More than 52,000 people were moving around the 40+ zones and stages around the fortress, and the absolute star of Saturday night was the superpopular American signer and hitmaker Jason Derulo! Madness on Main Stage started with the first chords of his megahit, Wiggle, while other catchy tunes, such as Watcha Say, Swalla, Talk Dirty, Riding Solo continued the party. The electronic trio Rüfüs, as well as the Dutch bass superstars Noisia brought some heavy sound to the Main Stage. The Dutch trio presented their production masterclass show by the name of Outer Edges! The greatest surprise of the night was prepared by Rag’n’Bone man who appeared on EXIT a day early to join his friends from the popular Foreign Beggars on Main Stage! Another proof of this being The Summer of Love happened at mts Dance Arena where there was another marital proposition shown on all screens, while on Reggae stage, Ben from UK celebrated 10 years of love with Nataša from Serbia, whom he met on Exit Festival!

One of the youngest producers, Kungs, warmed up the audience at mts Dance Arena with his hits “This Girl”, “I Feel So Bad” and “Don’t You Know” which are the mainstays of radio stations and top lists all around Europe. German hitmaker, Robin Schulz, together with his team, presented a combination of music that kept a great atmosphere going, and at one point they colored the world famous stage into the colors of the Serbian flag. Arena was brought to the boiling point by the superstar DJ Duke Dumont, who teleported the audience to tropical areas with his greatest hit, Ocean Drive. The unforgettable morning at the Arena was brought about by Sister Bliss and her Faithless DJ Set, while the British Hot Since 82 created a notable Saturday finisher.

Several thousand people at the Addiko Fusion Stage enjoyed the performance of the legendary Zvonko Bogdan, while Zabranjeno Pušenje made good on their promise and created a night to remember! Gangsta rap spirit was there with Kiša Metaka from Split, while the all-stars of Serbian hip-hop scene, Sve Barabe, closed the stage, lead by Ajs Nigrutin. Explosive stage was all about punk – the cult British bands, Discharge and Angelic Upstarts shattered the audience, and the legendary KBO! was there to defend the home colors. The “Who does our language belong to?” panel, organized by EXIT in cooperation with the Novi Optimizam (New Optimism) gathered a large number of people at the Craft Street zone, which hosts the series of talks dubbed “Danas – magic of the dialogue”. The Declaration of the Joint Language was talked about by Snježana Kordić, the linguist and author of the “Language and Nationalism” book, author and president of the Krokodil association, Vladimir Arsenijević, author and musician Marko Šelić Marčelo, New Optimism movement activist Vlatko Sekulović, as well as the actor and producer Dragan Bjelogrlić, with Minja Bogavac, author and stage actor, as the moderator. Today, at Craft Street, there will be talks by Nemanja Milenković, representative of the Novi Sad 2021 Foundation, OPENS representative, Vukašin Gvozdenović, producer and one of the founders of SKCNS “Fabrika”, Zdravko Vulin, as well as Pera Mirković, representative of the “Chinese Quarter” artists, while Slobodan Jović will be there on behalf of the Society of Architects of Novi Sad. The topic is “Chinese Quarter through dialogue”, with the journalist Vesna Farkaš as the moderator.

Tonight is the great Exit finale!

The fifth and final chapter of this year’s EXIT festival will host the art-pop queen Roisin Murphy, and the main stage will host the “gentle giant” with an inimitable voice – the new soul star, Rag’n’Bone Man! Main Stage party, like the one with David Guetta last year, which will close the Main Stage, will be the work of one of the greatest stadium DJs of today – Hardwell! Arena and the entire EXIT Festival will end with the great Nina Kraviz, with Nicole Moudaber, Antigone & Francois X, Fabrizio Rat – La Machina, Tijana T and others before her! Addiko Fusion stage will bring us the always up-and-jumpy Orthodox Celts, Fargo’s desert rockers Egypt, surfers from The Bambi Molesters, metal panks Mortal Kombat, and the magnificent Massimo Savić. Explosive will be awesome as well, with the famous trash metallers, Destruction, and one of the most important melodic death metal bands of today, The Black Dahlia Murder!

Martin Garrix, Tale of us and Dixon adding up to the strongest ever MTS Dance Arena lineup!