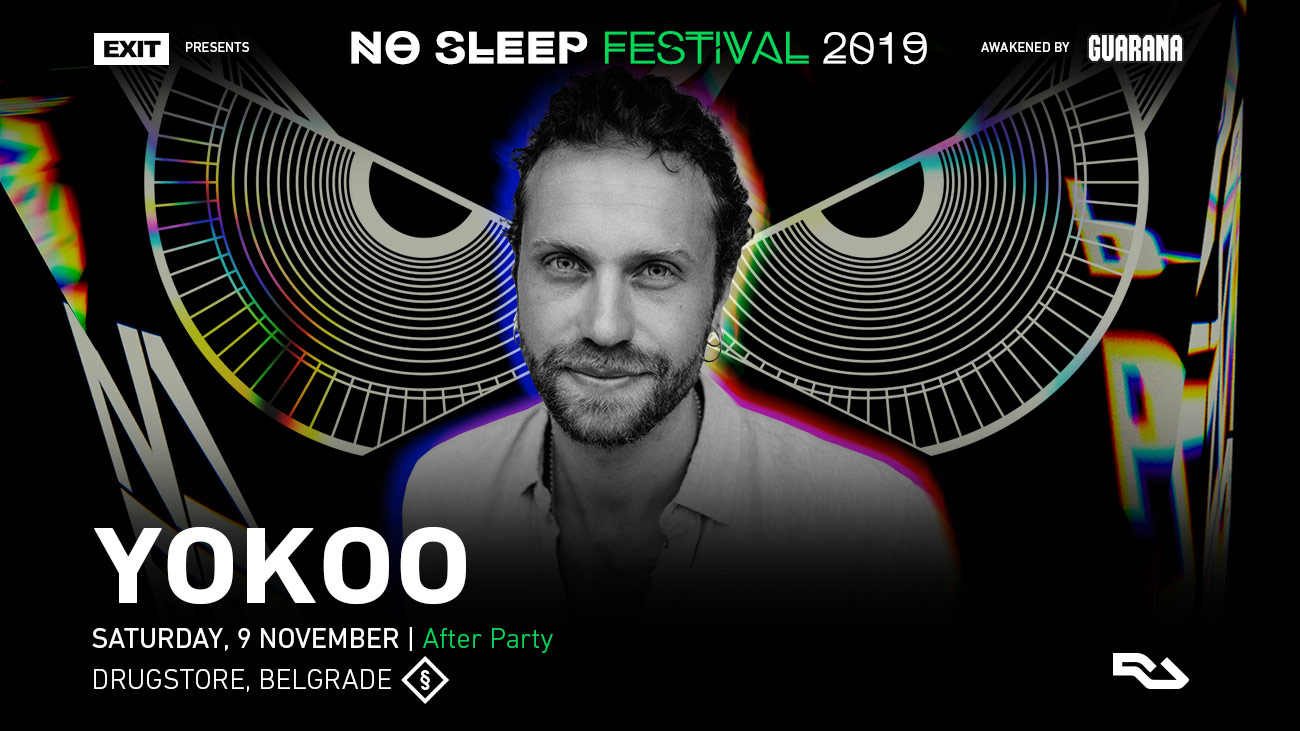 The lineup consisting of fantastic names such as Amelie Lens, Bicep, Mind Against, Kobosil, Anastasia Kristensen and many others, is now extended with the most sought-after young star of the Berlin techno scene, VTSS, as well as the popular star of the leading Burning Man Festival DJ crew and “All Day I Dream” label, YokoO.

On the first morning, the main dancefloor of the Drugstore club will also host Human Rias, the resident of the iconic Munich club MMA, who will share the decks with local techno producers with enviable international careers Lag and Forest People. Already the next day, the ADID crew leader will share the same spot with the stars of Belgrade’s progressive sound, Bokee and Popi Divine.

Some of the fantastic sets have already been announced for Friday, November 8, at the main festival location in the Main Hangar of the Port of Belgrade – Serbia’s capital will welcome artists such as Amelie Lens, Kobosil, Joyhauser and many others, whose names will soon be released.

An appropriate finale to this spectacular lineup will be a performance by VTSS on Saturday morning at the official after-party at Drugstore. This Polish artist is slowly but surely taking the leading role in Berlin new wave – with her raw approach to techno, acid, EBM and even hardcore genres she conquers audience world-wide, both with her sets and with the material she released for Skin and Haven labels, as well as with her contribution to the New York-based Discwoman collective. She became famous as a resident of the iconic Brutaż events in Warsaw and club Jasna1, while today she regularly performs in clubs such as Berghain in Berlin, De School in Amesterdam, Mondo in Madrid and fabric in London.

It is exactly fabric that is one of the leading institutions of electronic music and it is marking 20 impeccable years at a few chosen locations across the world, including Belgrade. The program of the great celebration of London’s fabric at No Sleep Festival on November 9 will be spearheaded by the DJ tandems Bicep and Mind Against, the Danish star Anastasia Kristensen, as well as the club’s residents Terry Francis and Anna Wall.

Powerful emotions from the Main Hangar at the Port of Belgrade will rub off on the official after-party of the second festival day, as the legendary Drugstore club will host YokoO, with his blend of French seductiveness and Australian directness. After the guru of the “All Day I Dream” team Lee Burridge performed at the No Sleep Festival last year and brought his entire team to the No Sleep Stage at EXIT, Belgrade will once more be the destination for the ADID family whose sound will be presented in a three-hour set by the producer YokoO whose album “Nothing Can Compare” already left its mark on this year.

After more than 25,000 clubbers entered dozens of No Sleep Festival’s parties last year, all spread on various locations accross the city in a continuous 48-hour run, this year has already seen countless ravers booking flights to Serbia’s hedonistic capital city. Tickets and more info can be found online at Nosleepfestival.com.

Created by the team behind the internationally praised EXIT festival, the No Sleep music platform brings together some of the leading players and brands of the global electronic and club scene for the fourth consecutive year. No Sleep events have taken place in some of the largest world cities such as New York, London, Moscow, Sao Paulo, Barcelona, Rome and others, while this year, No Sleep returns to Belgrade, in its festival weekend format of multiple parties at several different locations across the city. In addition to spectacular events in the Port of Belgrade, various smaller parties take place featuring some of the finest local talents, while the No Sleep Conference runs in parallel, hosting some of the festival’s leading acts as panelists.