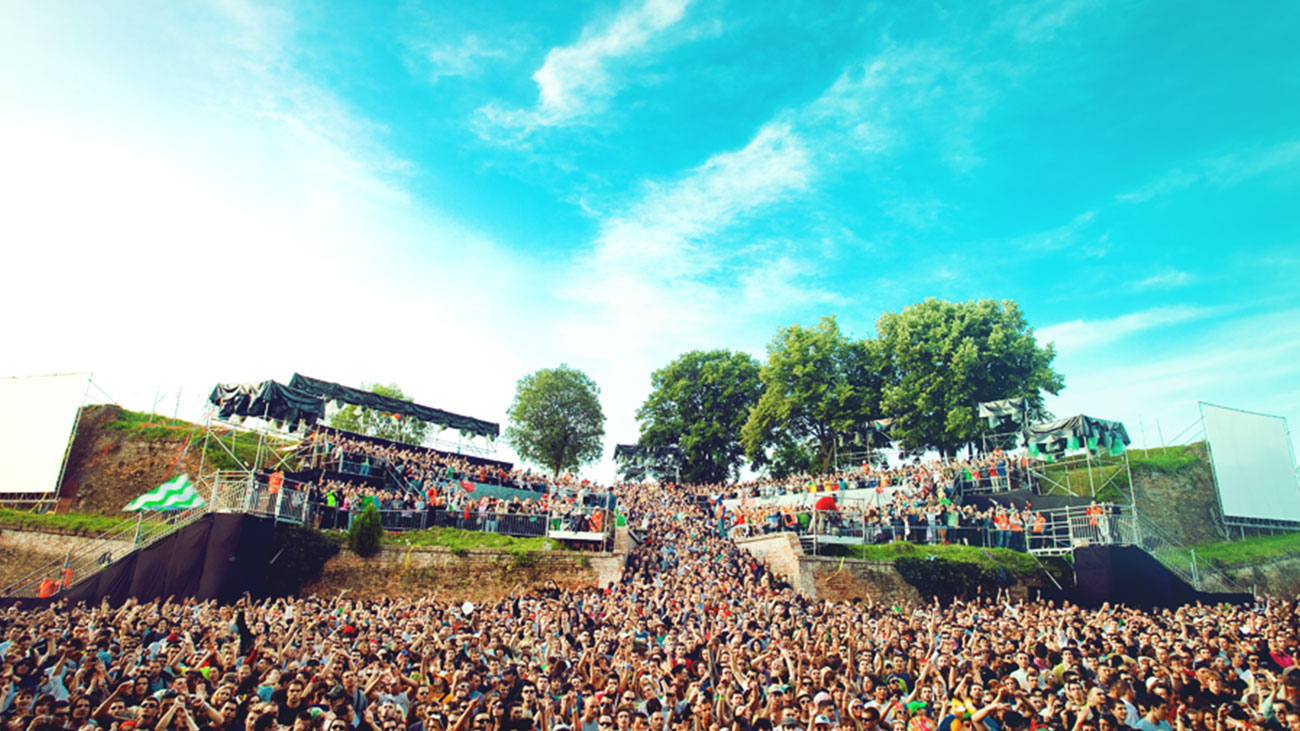 Ahead of this summer’s holiday season two British journals with well over a million followers worldwide, the Daily Mirror and the Daily Express suggest to their readership a festival summer holiday from Petrovaradin Fortress to Jaz Beach! Exit Adventure is the first summer holiday of its kind in the world, combining two award-winning festivals, on two spectacular locations, spanning over 10 days with performance by some of the world’s most sought after music stars! “Why not merge your summer holiday with a music festival, visiting a country you have never been to before? It makes sense”, it is stated in the article by the Daily Mirror. Among the most intense festivals across the world, the British Daily Express puts Exit Adventure shoulder to shoulder with America’s Burning Man Festival: “16 years in and the Exit festivals are still going strong but this year’s offering is not for the faint hearted as it’s held in two countries over 10 days.”

While describing Exit, the Brits highlight the Petrovaradin Fortress, as a spectacle all by itself, as well as the fact that since its foundation the festival has been visited by more than 2,5 million visitors, from well over 60 countries across the globe. The authors of the article also emphasize the “incredible atmosphere, and one of the best dance arenas around the world, not to mention its unique location, it offers visitors the most exciting and versatile summer adventure.” The Mirror adds the diversity of the festival’s lineup: “With acts varying in genre from Prodigy to Stormzy and Ellie Goulding in between, Exit definitely has all bases covered.”

Logically, the description of Exit Adventure continues with a trip to the seaside, and as is stated in the text: “one of the most beautiful beaches in the Mediterranean” – Jaz Beach, home of the Sea Dance Festival. Near the historical town of Budva, the Daily Mirror states the sea as the Adventure’s biggest advantage as a festival summer holiday: “With its long sandy cove, picturesque mountains, and white, turquoise and green shoreline, featuring world renowned artists and outstanding productions, Sea Dance is a must see.” The article also makes an interesting observation stating that while other big festivals tend to focus solely on staying in a single festival and a single country, Exit Adventure sets itself apart by offering a journey through different countries, offering its visitors a chance to spend time exploring local cultures, and different cities, before, between and after the festivals themselves.

You can join the EXIT fans’ favourite special offer, which allows the entire crew to buy four four-day tickets for EXIT, four three-day ones for Sea Dance, or four tickets for the entire Exit Adventure, and receive a fifth ticket for free!
Tickets are available at THIS LINK. You can save up to 60% from the final ticket price in July. Accommodation and travel arrangements can be found at Exit’s official travel agency, ExitTrip’s OFFICIAL WEBSITE.

Exit and Viber announce the winner of "My exit adventure" global sticker contest!

The Guardian: Exit is one of the best festivals in Europe!