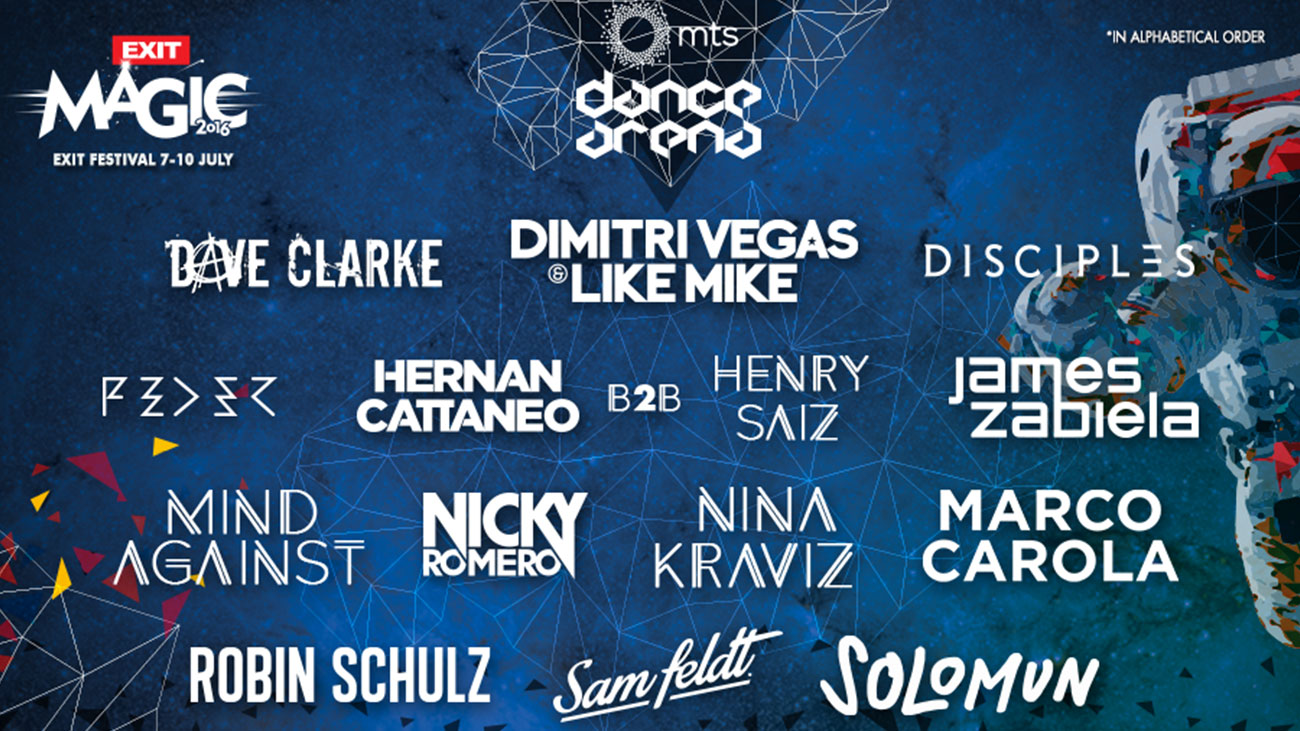 The global ambassador of techno Marco Carola will perform on EXIT mts Dance Arena on the final festival night, Sunday 10th July! Carola is coming back to the Petrovaradin Fortress five years since his last, already legendary set that left the audience breathless with the first morning light on the Arena. Known for his impressive skills behind the deck, and a three-turntable DJ technique, after a splendid two-decade long career, the Neapolitan master stands today as one of the most sought after electronic performers in the world. The same night, Carola will be joined at Exit with the “Techno Baron” Dave Clarke, one of the greatest innovators and mix masters, and among the world leaders in electronic music. The English virtuoso conquered the Arena almost ten years ago, and many still remember his morning set, and the “Star Wars” theme mixed into some furious techno!

Marco Carola led the labels Design Music, Zenit, Question, One Thousands and Do.Mi.No, at the same time releasing music with some of the world’s best record companies – Minus, Plus 8, 2M and Primate. After five albums that were met with amazing reactions from critics, and fans alike, including his last “Play it Loud”, Marco was also responsible for a number of momentous compilations, as was his mix for the London club Fabric. Founded as a requirement allowing Carola to expand his musical world, and create a home for upcoming, talented and inspired artists, the record company “Music On” is recognized today as one of the most visited night club spectacles on Ibiza.

Dave Clarke is a DJ with an anarchist streak a mile wide and punk in his soul. Now based in Amsterdam, influential techno and electro icon Clarke has been synonymous with an abrasive, full throttle brand of electronic music that he has showcased across hundreds of EPs, compilations and albums since the early nineties. Also a celebrated radio pioneer who helms his own long running White Noise show Clarke also relentlessly performs across the planet. As well as Djing Clarke has released nine mix albums, among which are releases for Fabric, Fuse, and I Love Techno, Clarke was the number one remix choice for numerous performers like Depeche Mode, Leftfield, Chicks On Speed, The Chemical Brothers and Placebo. A selection of these remixes have been put together under the title ‘Charcoal Eyes’ and will be released via News Records in April 2016. Clarke has also recently combined his skills with Mr. Jonas to form _Unsubscribe_, who authored remixes for Detroit Grand Pubahs, Gesaffelstein, Boys Noize, Octave One to name a few. With his new love for music production in this new studio, watch this space for more releases from Dave Clarke in 2016.

For 20 years of EXIT Solomun brings 4-hour closing and Maceo Plex goes back2back with Tale of Us!