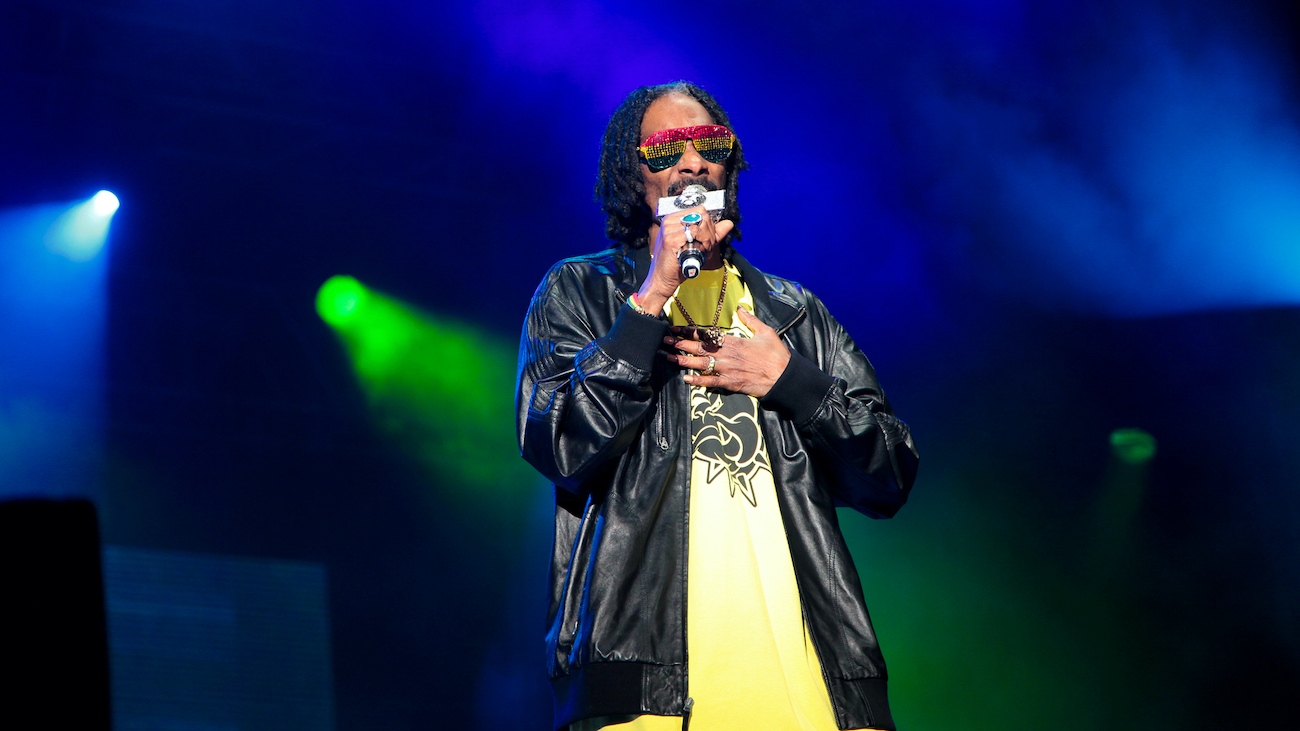 The New Year’s “EXIT to 2021” special consists of some of the most significant moments experienced on the festival’s Main Stage in the past 20 years and will include performances by music giants such as The Cure, The Prodigy, Migos, The Chainsmokers, Motorhead, Moby, Faithless, Liam Gallagher, Jason Derulo, Atoms For Peace, Damon Albarn, Hurts, Pet Shop Boys, Nile Rodgers and many more.

Snoop Dogg, Cypress Hill, Hardwell and Gloria Gaynor have joined this star-studded list at the last moment, while exactly at midnight a special performance by the world’s best DJ David Guetta will be premiered! Thus, on December 31st, starting at 21:21 festival fans will enjoy the global hits of some of the most impressive legends of the Petrovaradin Fortress, whose performances have marked the EXIT Festival’s Main Stage over the years, while the first step into 2021 with all the fans will be made by EXIT 2021 headliner and local audience favorite, David Guetta. 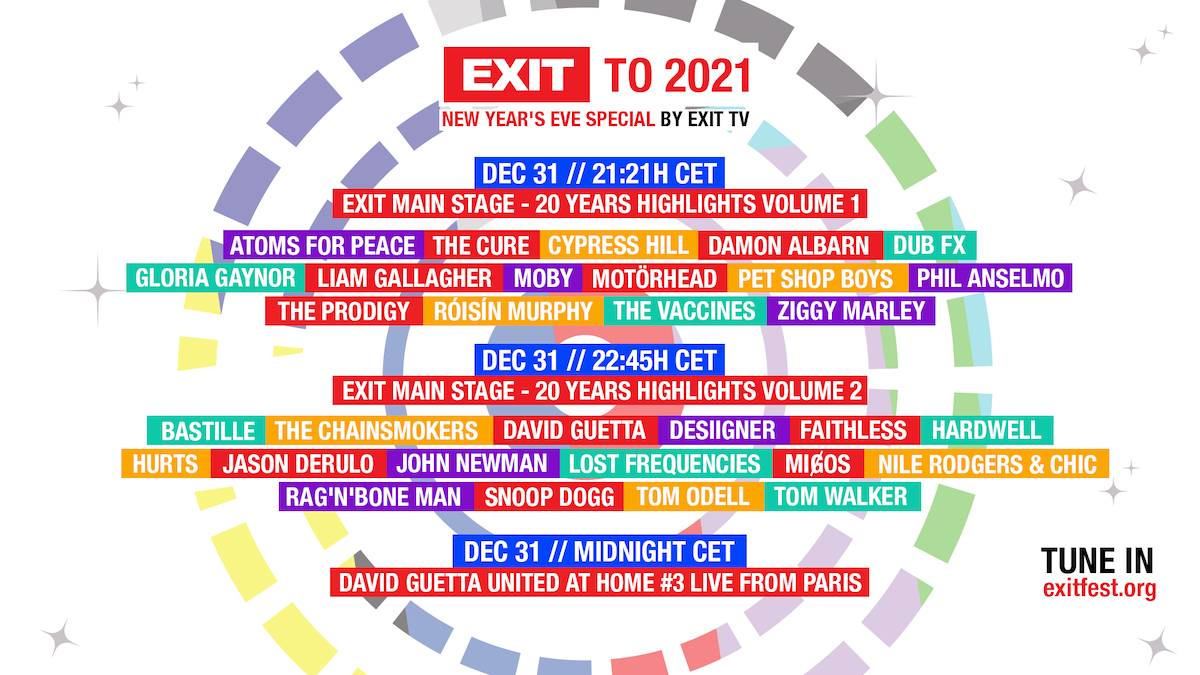 A special surprise that awaits all festival fans on EXIT Festival’s Facebook page is the performance of the world’s number one DJ and producer — David Guetta, which will be held in his hometown of Paris at an as-yet-undisclosed location and broadcasted worldwide. In this way, Guetta will continue his series of live stream parties entitled “United at Home” and be the one to lead the global audience into the New Year at midnight.

On New Year’s Eve, the previously announced multi-genre spectacle will be joined by the golden disco era legend — Gloria Gaynor, whose hit single “I Will Survive” could be considered a motivational anthem of the year we’re leaving behind. Fans of hip-hop will be delighted by the fact that the great Cypress Hill, a group that has left an indelible mark in music history as the originators of the “west coast” hip-hop sound, will be a part of the “EXIT to 2021” broadcast, along with the one-and-only Snoop Dogg, whose legacy in the hip-hop world is invaluable, while Hardwell, whom DJ Mag declared the number one DJ for two years in a row, will represent the Netherlands.

The New Year’s Eve broadcast will be available on EXIT Festival’s Facebook page and YouTube channel, as well as via festival’s official website and its EXIT TV page.

EXIT to 2021: Enter the New Year with The Prodigy, The Cure, The Chainsmokers, Migos and many more!

David Guetta closes the most successful edition of Sea Dance, the EXIT’s sister festival in Montenegro!