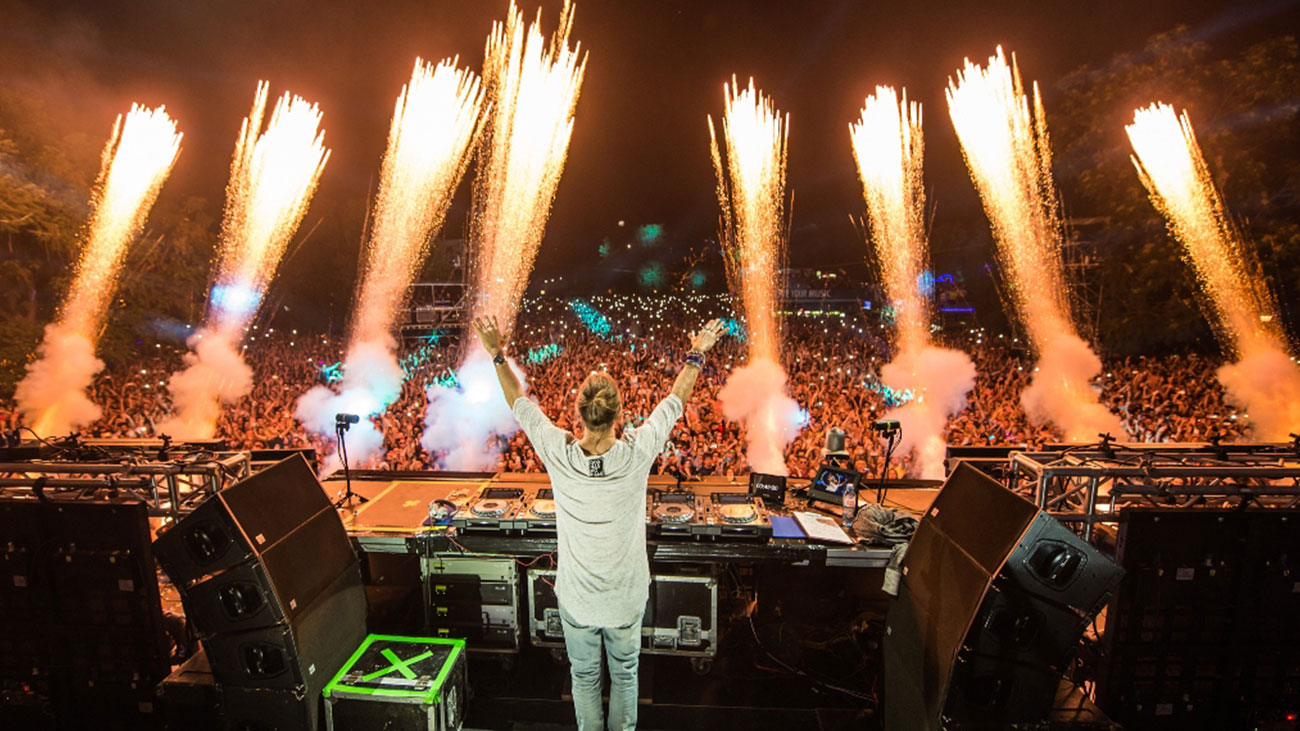 Already during the second night EXIT Festival was visited by no less than 49,000 visitors, who together with numerous performers made Friday night resonate with this year’s slogan – Magic! The title of first among equals went, as was expected, to the greatest contemporary producer David Guetta, who prepared an audio-visual marvel rarely seen in the world! Exit’s main stage looked like a great big dance machine spinning out mix after mix of the greatest pop and dance hits “Hey Mama (ft. Nicky Minaj)”, “Titanium”, “whose That Chick (ft. Rihanna), “Love Takes Over”, “Without You” and numerous other which echoed throughout the jam-packed main stage! The French hit maker, who traveled straight back to Paris for the final rehearsal before his closing ceremony performance for EURO 2016, but not before he thanked the audience with “Thank you Exit, I enjoyed my stay here before, but I think this year the festival is better than ever!” Contributing to this amazing atmosphere was none other than the doctor of funk George Clinton, who made a real party on stage with his massive band, whose exact number of members no one was able to count! Parliament-Funkadelic showed why Clinton’s protégé Prince personally introduced them into the Rock’n’Roll Hall of Fame, thanks to the legendary tracks “Give Up the Funk”, “One Nation Under a Groove”, “Flash Light” and the renowned “Atomic Dog”! The X-Bass lineup at main stage justified its status as a festival within a festival, led by the star of the show, the hit maker from London, Wilkinson accompanied every step of the way by MC AD-APT. The follow up lasted until the early morning hours, moving the audience to dance the night away with Congo Natty and Sarah Farina.

After last night’s, already legendary performance by Solomun, it seemed tonight’s stars at mts Dance Arena had a monumental task ahead, but the leading contemporary house producer Maceo Plex proved that at the “top of Olympus” there is room left for others! The way for his performance was paved by Jackmaster and duo Mind Against, while the best musical foundation was laid for the morning at the Arena by the combined forces of Hernan Cattaneo and Henry Saiz! Fans of techno underwent a pilgrimage to the packed shrine of electronic music – No Sleep Novi Sad Stage, where EXIT welcomed Berlin’s electronic institution Tresor, celebrating 25 years of work, with an impressive lineup which included Moritz von Oswald, Dasha Rush, Zadig, Psyk, Regen and Filip Xavi!

Across the venue, at the other side of the Fortress, Fusion Stage displayed all the splendor of a big rock band with the amazing Dutch – Kensington, who in a short while won over all the biggest festivals, while the performance of Slovenia’s supergroup Borghesia excited the crowd in equal measure! The hearts of the audience were melted by the young artist from Sarajevo Božo Vrećo, who, accompanied by his band Halka, in a truly unique and courageous way showed that soul has less to do with your voice, but more to do with the heart. The now already overflowing stage was won over by the euphoric gig by American-Bosnian punkers Kultur Shock, who intensified their performance by welcoming on stage a special guest, the rapper Edo Maajka! Furious riffs were later fired in volleys from stage by Ritam Nereda, only to be followed by a 10,000 strong party led by Bad Copy, with Ajs Nigrutin, Skaj Vikler and Timbe at the mics welcoming the dawn at Fusion. Explosive Stage managed to surpass the incredible first night, with its reputation defended without any doubt by the fierce band Raised Fist! Bands Born from Pain, Thimble, Flatline and many others, managed to keep that ferocious tempo going all through the night!

EXIT Team, the organizers behind the award-winning EXIT and Sea Dance festivals, as well as Revolution Festival in Timisoara, established a partnership within the domain of creative industries and tourism with the Croatian city of Umag, and the company Istraturist Umag d.d., which was announced at the media conference held last night at EXIT Festival in Novi Sad. Among the speakers at the conference were CEO of Exit Festival, Dušan Kovačević; Ronald Korotaj, CEO of Istraturist Umag d.d.; and Milovan Popović CEO of the Tourist Community of the City of Umag. With this, Umag was listed among the cities in which the EXIT Team will next year organize festivals, the details of which will be confirmed in autumn 2016.

At the zone “Magic of Dialogue”, realized in partnership with the daily journal “Danas” and SKCNS “Fabrika”, yesterday at 19h, the current, and latest topic of Brexit, was meticulously dissected word for word, by Branko Rosić, editor of “Nedeljnik, Dimitrije Boarov, journalist of the weekly ”Vreme”, Mijat Lakićević, deputy editor-in-chief of “Novi Magazin” and Vladan Marjanović journalist from the weekly journal “NIN”, while the moderator of this exciting debate was journalist from the daily journal “Danas” Aleksej Kišjuhas.

One day tickets for EXIT are still available at the main festival point of Sale at Petrovaradin Fortress.

EXIT magic card by OTP Bank is the official means of payment at EXIT Festival and only with it you can pay for drinks, food and souvenirs. All who register their card at OTP Banks automatically achieve up to 15% discounts on all drinks at all EXIT bars and at EXIT Camp. Cards are available at all OTP Banks where they can be registered right there and then.

See you tonight at Exit when we await the performances by The Vaccines, Robin Schulz, Disciplin A Kitchme, Tinariwen, Cock Sparrer, Modestep, Nicky Romero, Dub Pistols, Paradise Lost, Tommy Four Seven, and many others!