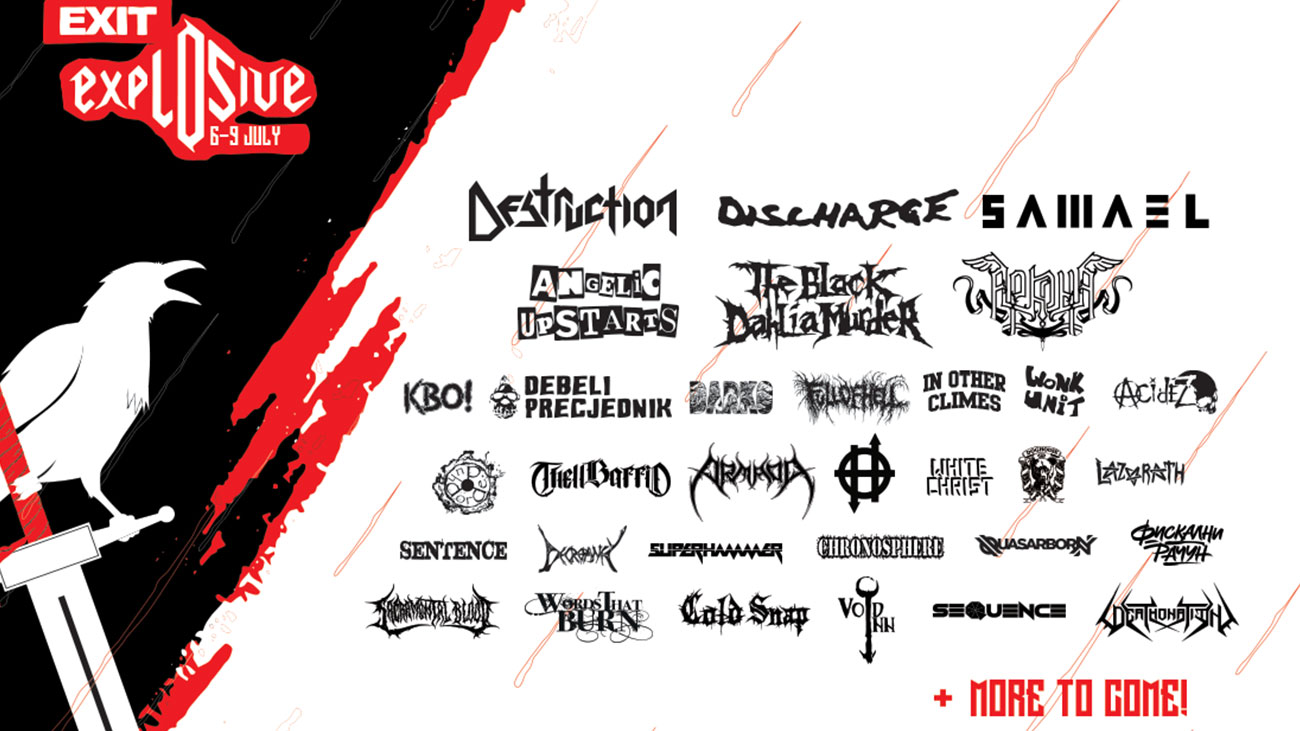 New, fierce reinforcements for Explosive stage have arrived! Along with the already announced names such as Angelic Upstarts, The Black Dahlia Murder, Discharge, Destruction and many others, on Tuesday, July 6, the most explosive stage of the festival will host giants of the pagan metal scene – Arkona! This Russian band is a favorite of both domestic and international audiences, and, together with EXIT Festival fans, they will celebrate their 15-year anniversary with an exclusive concert at Explosive stage which they themselves call their second home. Charismatic Masha and the band will once again summon the spirits of ancestors and old Slavic heritage among the ancient walls of the Petrovaradin Fortress!

Arkona won’t be the only treat on the first day of the festival when it comes to fans of heavier sound. Latin-core sensation Thell Barrio are coming straight from Mexico! Their mixture of metal, hard core, rap and latino sound resulted in a unique sound they named “latin-core”, which quickly found its fans. On the same day, the stage will be occupied by Irish alt-metal band Words That Burn, who will make Explosive stage visitors’ muscles sore with their melodic and heavy music. Energetic Croatian groove metal band Cold Snap is also bound to produce the same effect! Void Inn from Belgrade will bring their dark, obscure lyrics combined with a heavy doom sound, and another domestic group, modern metal core band Sequence, will round up the great Thursday lineup.

In the new wave of announced bands there is also Haos, the oldest active punk-rock group from Romania who are not afraid to fill their lyrics with political messages and statements, and who will take to the stage on Saturday, July 8. The next day, the Mexican death metal band Armada and young domestic thrash metalheads Deathonation will bring their furious sound to the Fortress, together with the veterans of Serbian death metal – Sacramental Blood!

This year the EXIT team will connect four festivals in the region for a unique EXIT Summer of Love 2017. The first is Sea Star, which will be held on May 26 and 27 in the city of Umag, followed by Revolution Festival in Timisoara from June 1 to 3, and right after the EXIT festival, from July 5 to 9, and a special performance by The Killers on Day 0 on July 5, the fourth edition of Sea Dance festival will be organized, from July 13 to 15! For more information about the tickets, visit this link.