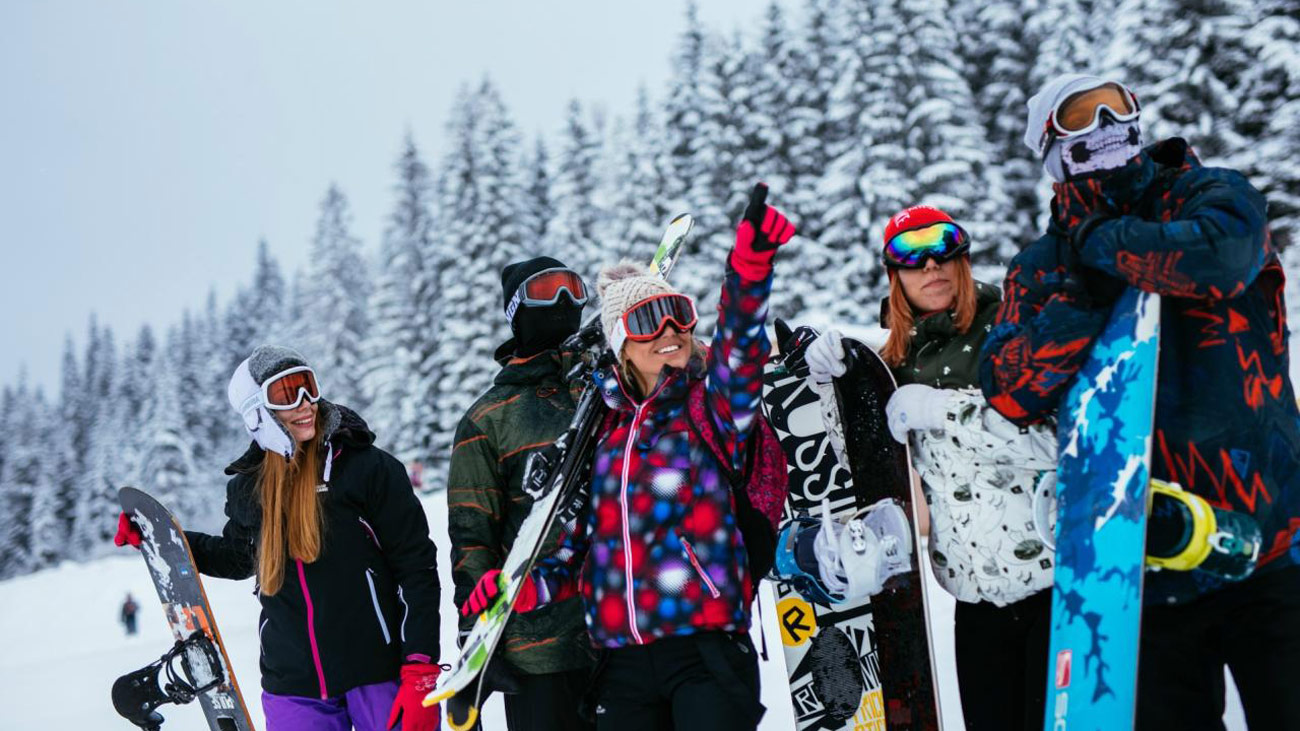 In the past few days, truckfuls of equipment from the main Exit stages arrived to Jahorina in order to launch the youngest festival in the Exit family, Festival 84, which will bring the Olympic spirit to the heart of the region for the upcoming weekend and transfer the best party time from Petrovaradin Fortress to the top of the Olympic mountain. From March 15 to 18, on five day and night stages around the mountain, international, regional and domestic stars will be performing, including Sigma, Asian Dub Foundation, Umek, Joris Voorn, Burak Yeter, Filatov & Karas, Mahmut Orhan, Patrice Baumel, Van Gogh, Bad Copy, Forest People, Frankie, Kontra & Indigo, Helem Nejse, Mladen Tomić b2b Siniša Tamamović and many others. On Thursday, March 15, with the Downhill of Peace and Friendship performed by ski aces from the former Yugoslav countries lead by ski legend Bojan Križaj, the festival will be officially open. For the finale we now reveal a new surprise, because on Sunday, March 18, Addiko Jump stage will host legendary Detroit DJ Eric Cloutier, who, with the support of the US Embassy in BIH, arrives to Jahorina directly from Berlin, where he is going to close the legendary Tresor club!

Daylight parties all around the mountain

Warm-up parties on March 15 will be held on two daily stages, which means Addiko Jump Stage and Switch stage will be fully warmed-up from 11 AM already. On March 16, the festival will open in its full capacity with two more night stages, Olympic Main and Super G Afterparty Stage, and one more daily stage, Vučko Main Daily Stage, where German DJ Sandrino will perform along with regional stars After Affair, Kristijan Molnar, Marko Nastić and Dejan Milićević. The stage will welcome them for the daily parties on Friday and Saturday. All those who love the Russian duo Filatov and Karas whose mega hits conquered the world will be thrilled to hear that they will have a special daily set on Addiko Jump stage on Saturday, March 17, and the entire Festival 84 timetable is available on this link.

Tickets available at the festival entrances

Online ticket sale is now closed and you can purchase your tickets at the festival entrances. At the website of the official EXIT festival tourist agency exittrip.org you can find information about transport from Novi Sad and Belgrade to Jahorina, as well as accommodation during the festival. All ticket package owners need to go to the exchange locations at Festival 84 where, with a valid ID, they will replace their voucher for a festival wristband. Working hours of the exchange locations can be found at the festival’s website, and before the exchange it is necessary to show a valid ID. Visitors have ONE ENTRY to the area of the main night stage (OLYMPIC Main Stage), during the working hours, from 8 PM to 3 AM and after exiting the area of the main stage further entry will not be allowed. For other festival zones, visitors with festival bracelet will have the right for an unlimited number of entries and exits. 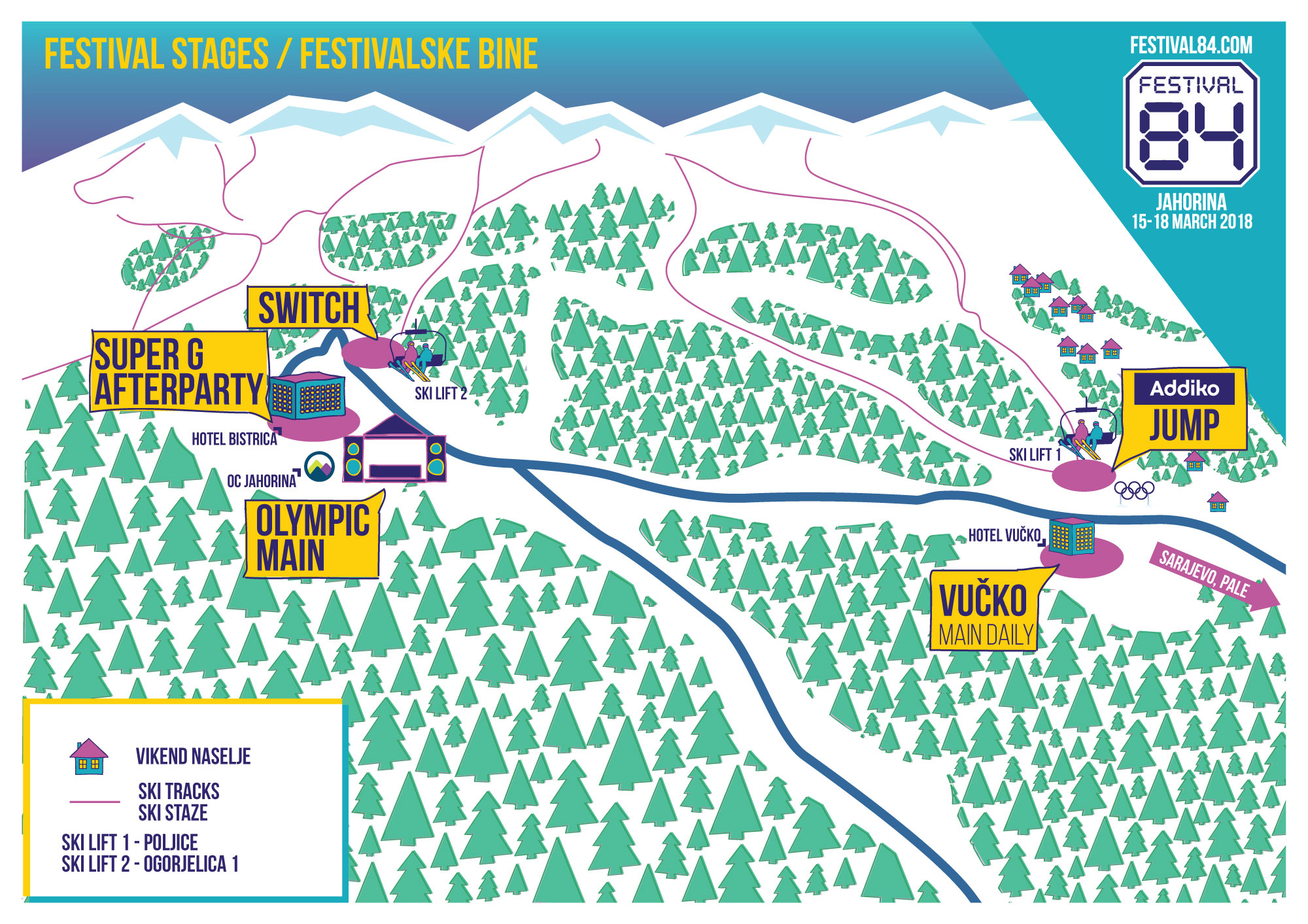 Aside from the regular festival program, the visitors will be able to have fun at numerous zones all around the festival. At Addiko Jump Stage, all those who love daylight partying will be able to enjoy themselves in the Addiko Party Zone where they will be able to play foosball, Guitar Hero, have fun with the Photo Booth, Digital Corner with various activation mechanisms, as well as win presents such as scarves, hats and gloves and photos. Sensation zone will be at the same place, offering fun games such as “Do not get angry, man” (similar to Ludo and Sorry!), and interesting presents. At the main night stage Addiko will offer visitors a chance to test their luck on a wheel of fortune featuring valuable gifts. At the same place, with a purchased Red Bull coupon, visitors will be able to take a photo and receive a personalized glass with their photo on it. In Jack Zone at the festival locations those who love good fun will have an opportunity to play foosball, find out more about the birthplace of Jack Daniels as well as test their strength in popular game of “outJacking”. In the daily zone, on the Koliba restaurant’s terrace and near Vučko hotel, but also on the main festival stage, Festival 84 fans will be warmly greeted by Jäger.

Social programs at the festival

On Thursday, March 15, on the occasion of the Festival 84 opening, a symbolic“Downhill of Peace and Friendship” will take place with the support from the US Embassy in BIH. It will be lead by the greatest legend of Yugoslav skiing, Bojan Križaj, together with skiers from all the countries of former Yugoslavia. Aside from this, with the support from the Regional Council for Cooperation, a new panel discussion in “The Silent Majority of the Balkans” series will be held, titled “Tourism, Culture and Sport Connect the Region”. The panel will emphasize the importance of unity for the development of tourist, cultural and sport potential, with the goal of connecting the region. “Balkanac” youth association, gathering young people in order to connect them and promote positive examples of tolerance and peace, informal education, culture and ecology, will shoot their new documentary at Festival 84. The documentary will celebrate life in unity and good neighborly relations. Furthermore, EXIT Foundation, in cooperation with Recan Foundation, will bring one of the greatest ecological festival attractions, “Pixelata”, as a part of the “Every Can Counts” program. All visitors will be able to participate in the creation of a large mural made of cans. In this way, by recycling cans, they will be able to contribute to environmental protection. Each can on this unique mural will be one pixel on the wall 6 meters wide, 2 meters tall. “Novi Sad Youth Capital of Europe – OPENS2019” will also participate as a part of Festival84 program. OPENS volunteers will talk to visitors and promote OPENS’ goals, which are: celebrating youth energy, improvement of their creativity, development of ideas and improvement of youth politics.

More information about Festival84 is available at the official website.

For 20 years of EXIT Solomun brings 4-hour closing and Maceo Plex goes back2back with Tale of Us!

Idles: Punkers who conquered the world