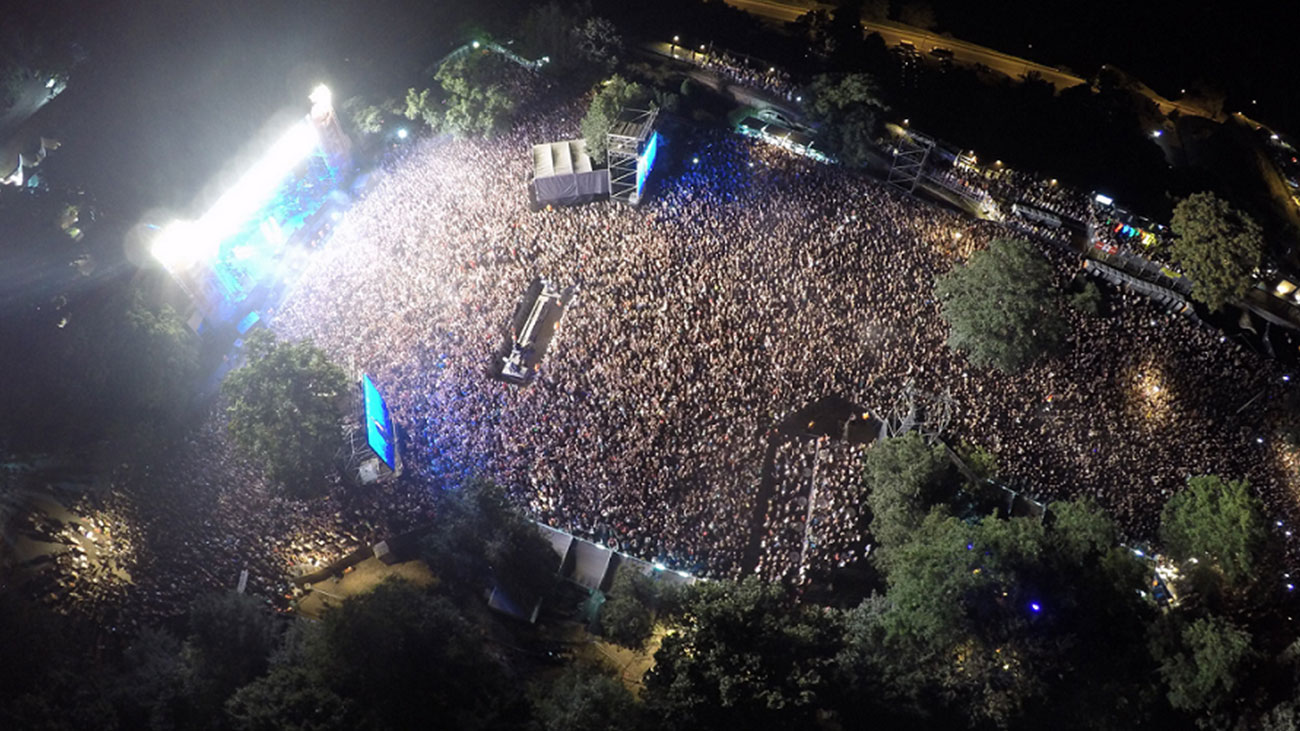 One of the leading European festivals, Exit from Serbia, released its first interactive video in 360 degrees, shot by East City Films, a London-based video production company. Filmed in 4K resolution, this video provides a unique insight in one of the most unique festivals in the world. Exit’s unique story unfolds throughout the 6-minute video, reflecting its roots in Serbian revolution of 2000 and its rise to one of the leading European festivals to this date. Located at spectacular 18th century Petrovaradin Fortress in Serbia, Exit’s 360 video provides stunning shots from its campsite sandy  beach on Danube river to festival’s main stages including sunrise shots at famous mts Dance Arena! East City Films, production company behind this video, thanks to its colaboration with Exit, recently produced first ever 360 virtual reality live broadcast from MTV EMA in Milan.

Exit festival, combined with its seaside sister Sea Dance festival, makes for a festival package dubbed the Exit Adventure, created to be the biggest and longest-lasting festival holiday in whole world that spans over 10 days! This unique package combines two award-winning festivals at two spectacular locations in two neighbouring countries, which proved to be a success formula that attracted 300.000 people from 60+ countries who have traveled from magical Petrovaradin fortress in Serbia to stunning Jaz Beach in Montenegro. While Petrovaradin fortress is the biggest defensive fortification in Europe, Jaz is officialy the best European beach according to leading tourist guide Lonely Planet. Both festivals have multitude of stages and diversity of genres, from the most demanded rock and pop acts, to EDM, techno, bass, hip-hop and even metal, punk and hard-core! This year, Exit was headlined by the likes of Emeli Sande, Manu Chao, Faithless, Motorhead, John Newman, Hardwell, Martin Garrix and many others, while Sea Dance featured stars like The Prodigy, Roisin Murphy, Rudimental, Sigma, Gramatik, Odesza, Flight Facilities and many more.

Both festivals are once more nominated for the Best European Festival titles, and shortly before the end of the voting on 12 November, the official Exit Adventure Aftermovie is out now, vividly picturing some of the best details from this summer’s great festival journey!