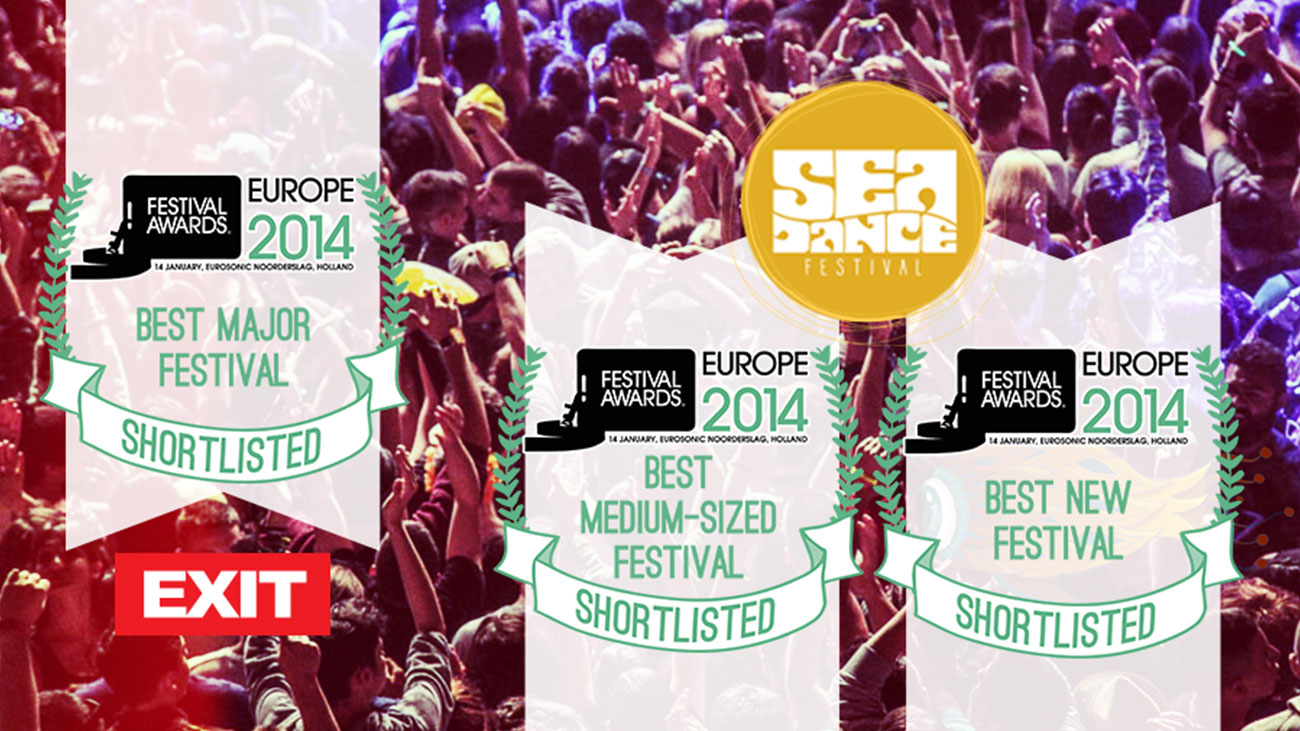 Little was left to chance in the fierce (but friendly!) competition of festivals at this year’s EFA awards, particularly in the Best Major European Festivals category.  Based on audience votes from all over the world EXIT has again been shortlisted by the European Festival Awards, thus standing side by side with 12 of the most important European music events like the Danish Roskilde, Belgian Tomorrowland, Hungarian Sziget and German Rock am Ring!

Sea Dance Festival has obviously won over the hearts of its audience, because after being nominated in two categories – Best New Festival and Best Medium Size Festival – it was also shortlisted in both categories!

A record breaking 1.200.000 fans voted from all over the world, which is 100% more voters than last year. We owe one huge thank you to our loyal fans and everyone who voted for EXIT and SEA DANCE!

This means that both festivals that made up the EXIT Adventure have been shortlisted for prestigious festival titles! Winners, as selected by the European audience in tandem with the EFA jury made up of eminent individualds from the festival industry, will be proclaimed at the grand award ceremony at the Eurosonic Noorderslag festival in Gronningen, Holland, on 14th January 2015.

One of the artists who’s going to perform at the ceremony is Stromae, the Belgian singer, songwriter who was also shortlisted for three categories at the EFAs – Best Headliner, Best New Performer, and Festival Anthem of the Year!

As far as Best Hedliners go, the shortlist includes Stromae of course, but Queens of the Stone Age as well. The Newcomer of the Year category includes Stromae, Mighty Oaks, and Birth of Joy, who performed at this year’s EXIT festival. The race for the Festival Anthem of the Year is in full swing, with Stromae competing with his hit “Papaoutai”!