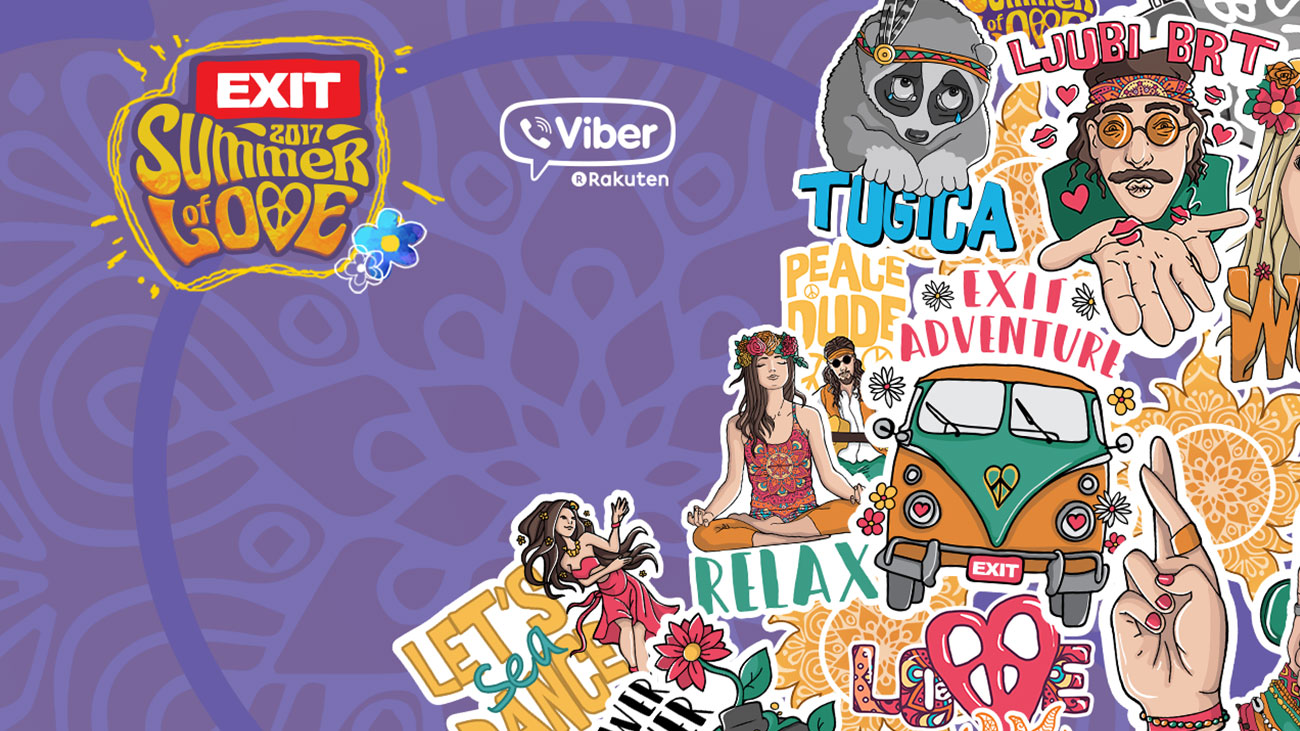 After the major success with previous stickers that were sent 15 million times worldwide, EXIT Festival and Viber have released brand new sticker pack in the honor of 50th anniversary of the original Summer of Love in 1967 right on time for EXIT’s 17th birthday on June 29th! Having started from the peaceful student protests almost two decades ago, EXIT is reliving the revolutionary hippie movement that forever changed the world half a century ago with its recognizable “flower power” and universal messages of peace, love and unity. This year, 3,000 creative ideas for new stickers were sent by the fans from all over the world to EXIT Public Account’s new Chat Bot at Viber (subscribe to EXIT chat on Viber here). The best three were then chosen by the EXIT’s followers at Viber and their ideas were included in final hippie-vibed pack that contains 23 stickers available in both Serbian and English! EXIT Festival is among the most popular global brands on Viber with over 1,1 million followers from 174 countries thanks to its previous sticker pack that was an instant hit and sent more than 15 million times world-wide!

Everyone can follow EXIT on Viber, either through searching the app or just following the link www.viber.com/exit. With over 800 million users from around the planet, Viber is one of the leading communication platforms, as well as an ever-more-present social network. Countless leading global brands and celebrities have their own Viber channels today, ie. their Viber Public Chats, where fans can follow the freshest news and many exclusive content. Some of the brands like EXIT, also have their bots, automated virtual assitants who can help you choose and share content, get the useful informations like the festival timetable, map of the zones and stages or even buy tickets which will, among many features, will be coming soon to EXIT’s Public Account at Viber.