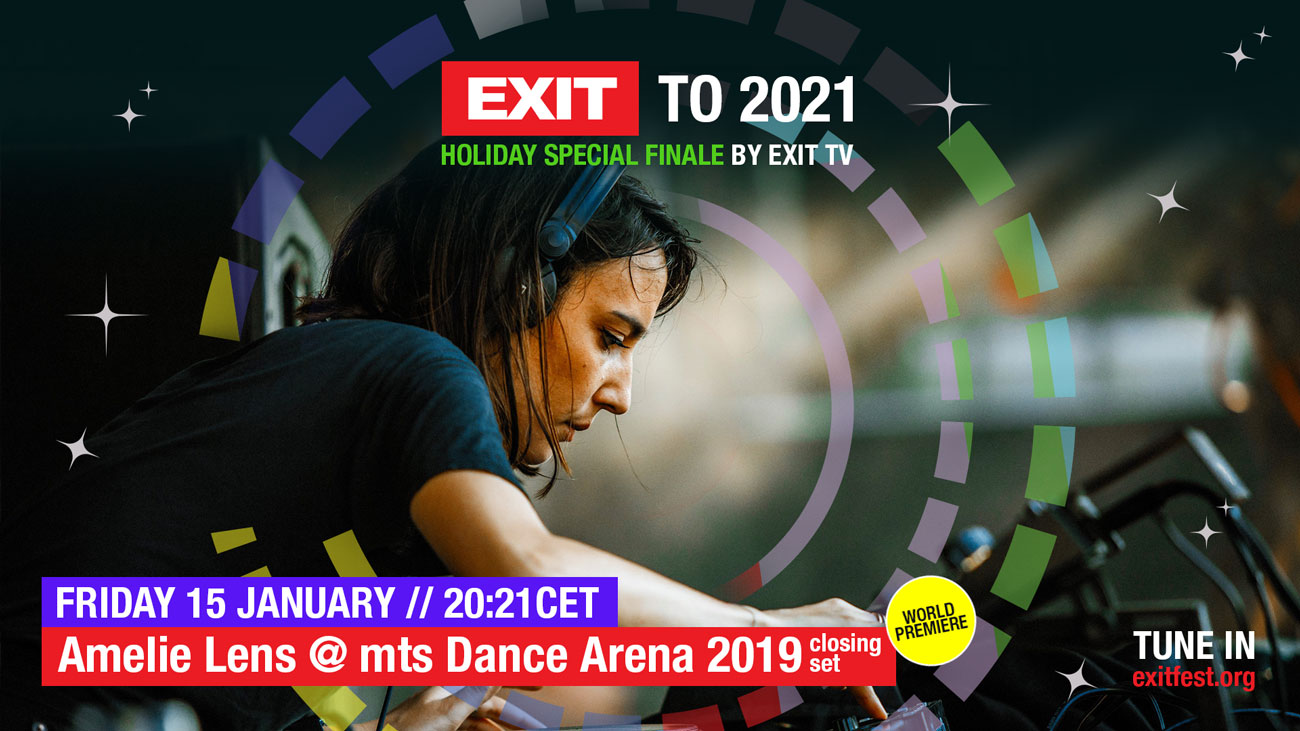 After the New Year’s Eve broadcast of some of the best performances in the history of the festival’s Main Stage – courtesy of The Cure, The Prodigy, and many others, along with David Guetta’s special midnight set – it’s time for audiences around the world to experience world exclusives from the world renowned mts Dance Arena.

Celebrating the Serbian New Year on Thursday, January 14 and Friday, January 15, will be the two legendary closing Arena performances of Nina Kraviz and Amelie Lens, which have not been broadcast until now, presented on EXIT’s Facebook and YouTube channels. On Saturday, January 16, the audience will have the opportunity to experience an innovative new form of VR parties, in which EXIT, in cooperation with Bootshaus club and the innovative Sansar platform, will bring a virtual live performance by house masters andhim. 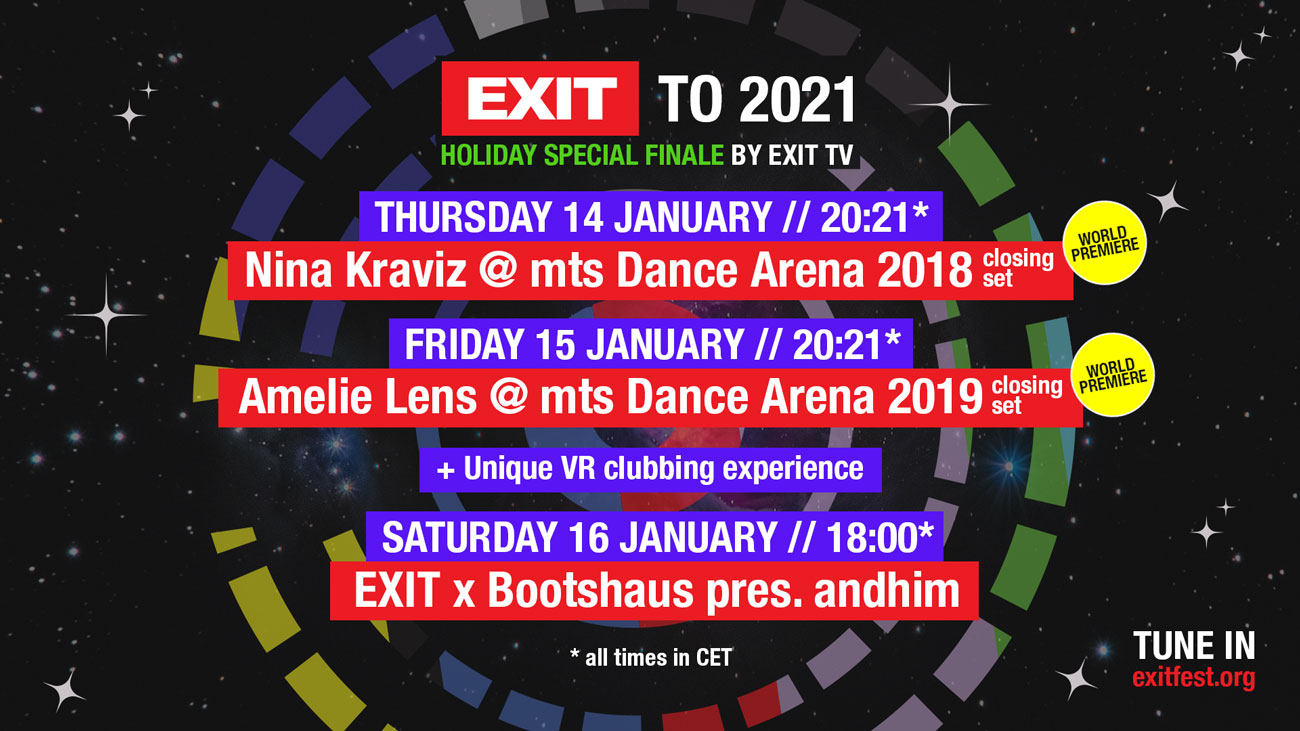 After closing the festival a year earlier and contributing to EXIT’s Best European Festival title in 2017, Nina Kraviz returned to her second home in July 2018. She once again had the honor of playing the last set of the festival. On that summer morning, a crowded mts Dance Arena breathed as one during a multi-hour set, at the end of which in the atmosphere experienced only at stadium rock concerts cheering crowd chanted her name and lead to an encore featuring the cult-favorite track “Ghetto Kraviz.” An official video of this exceptional performance will be shown to the public for the first time on Thursday, the 14th of January at 8:21 pm CET, announcing Nina’s new arrival at the Petrovaradin Fortress to celebrate the EXIT festival’s 20th birthday.

Amelie Lens’ performance at mts Dance Arena in 2019 is remembered as one of the best closing scenes in the festival’s history. This techno diva, inspired by the connection between The Prodigy and EXIT, played “Firestarter” at the very end of a flawless set, in honor of the deceased Keith Flint, causing euphoria in the crowd. Intersting fact is that it’s the last song played at EXIT festival until today. The world premiere of the stream will be broadcast on Friday, the 15th of January, at 8:21 pm CET.

The live streams and VODs of Nina and Amelie’s sets will be available on EXIT festival’s Facebook page and YouTube channel.

Bootshaus, German’s leading club according to DJ Mag’s chart recently launched its virtual edition and, on this occasion, together with EXIT Festival, it will host a performance from the German DJ duo andhim, delivering it to the viewers’ homes in cooperation with Sansar. On Saturday, the 16th of January at 6 pm CET, the latest show will take party lovers to the perfectly presented Bootshaus Club and provide them with a unique virtual entertainment experience. Guests from around the world will be able to enter the space, customize their avatars, and indulge, not only in the headliners’ performances but also in socializing with other visitors and even enjoying drinks at the bar. The club is accurately replicated in the virtual environment. The audience can expect the crazy atmosphere that Bootshaus is known for, including the ability to interact with other virtual visitors. The virtual party at Bootshaus will be free to join via VR headsets on Sansar’s platform on all devices via the Sansar app, the Bootshaus Twitch channel, and the EXIT Festival web site.