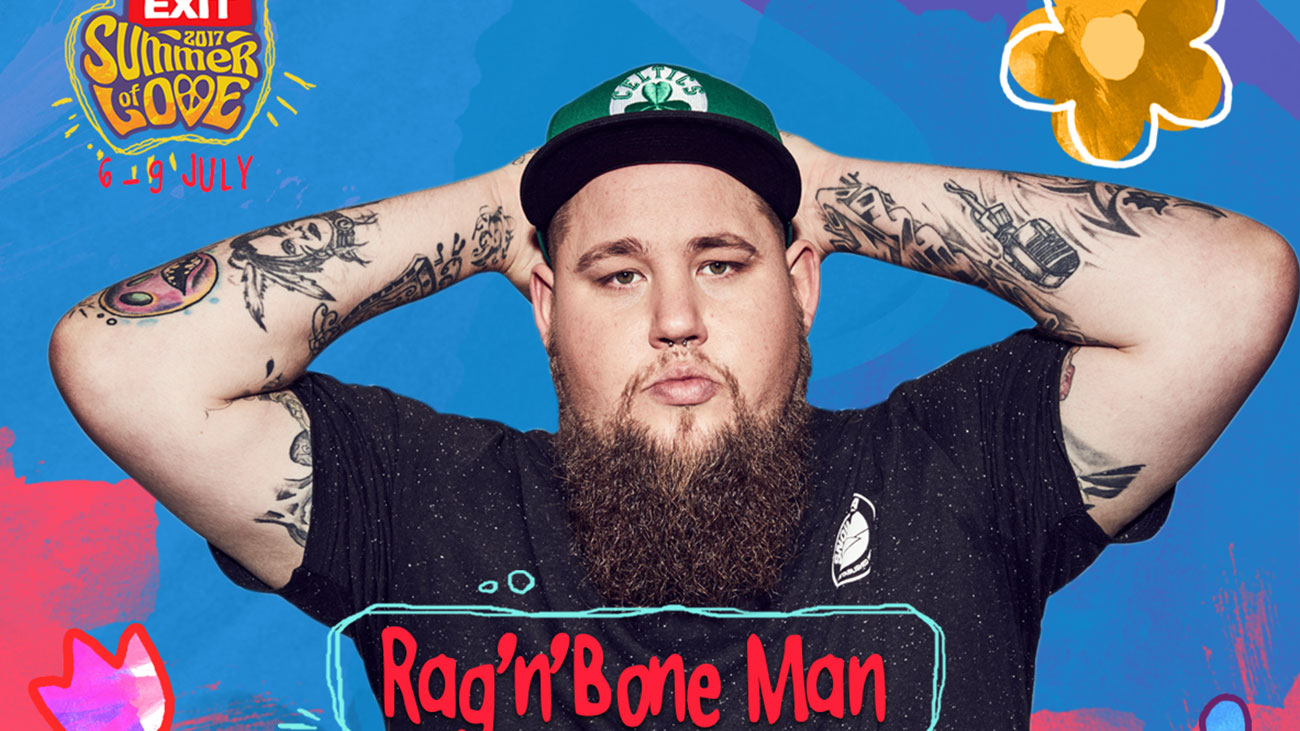 Author of one of the greatest hits in the world at the moment, “Human”, British soul musician Rag’n’Bone Man is coming to Exit Main Stage on Sunday, July 9th. World top lists and audiences were won over by the combination of his deep voice, sincere lyrics and raw emotion, and a lot of people see 2017 as his year. He already won this year’s BRIT award in the Critics’ Choice category, and if you think that critics can’t foresee a successful career, a little reminder: previous winners in this category were Ellie Goulding, Florence + The Machine and Adele, who he is compared to the most, because of the raw strength of his vocals. Rag’n’Bone Man was nominated in the British Breakthrough Act category as well, and one of the Sony’s executives stated that “Human”, out on February 10th, will be one of the best-selling albums of the year.

On Friday, July 7th, EXIT mts Dance Arena will host two of the undisputed leaders of the world house scene, Solomun and Dixon, in a special, three-hour back2back set! On July 8th, the official Faithless DJ Set will be brought by Sister Bliss herself, the author of this cult band’s greatest hits, while the Main Stage will welcome the Aussie hit trio, RÜFÜS, on July 6th.

Arising from the hip-hop scene, bluesman with a characteristic voice, Rag’n’Bone Man is recognizable for his piercing and numerous tattoos, as well as height, and among friends and fans he is known as the “gentle giant”. His song, “Human”, already has over 125 million YouTube views, and a week ago his new song, “Skin”, came out, already up in the millions even before he official video, just like his debut single, “Lay My Body Down” from 2014. His fans include the great Elton John, who has been very public in his praises, just like it was the case with Ed Sheeran, who soon after sold out his first stadiums!

Longtime friends, Solomun and Dixon, are among the top five on the list of the famous Resident Advisor magazine, with Dixon holding the throne for the record-breaking four years in a row! Both are among the top five on another prestigious list, that of the Beatport website, with Solomun on the top spot! They are the owners of the two most successful labels in the last few years, Innervisions (Dixon) and Diynamic (Solomun), publishing anthologies of today’s electronic music.

Sister Bliss, the music force behind the legendary band Faithless, is one of the most important people of the British electronic scene. This talented multi-instrumentalist started her career as one of the first female house DJs in Britain, and created the revolutionary new sound with Faithless. The result of it all is six top 10 singles and over 15 million records sold, numerous awards and gigantic hits such as “Insomnia”, “Salva Mea”, “God is a DJ” and “We Come 1”.

The electronic trio RÜFÜS has already achieved notable success in their native Australia, where their debut album, “Atlas” finished first on top lists, and this was replicated with their second album, “Bloom”, at the start of 2016. They have received numerous awards, thanks to the hits such as “You Were Right”, “Take Me”, “Innerbloom” and many others with millions of YouTube views!