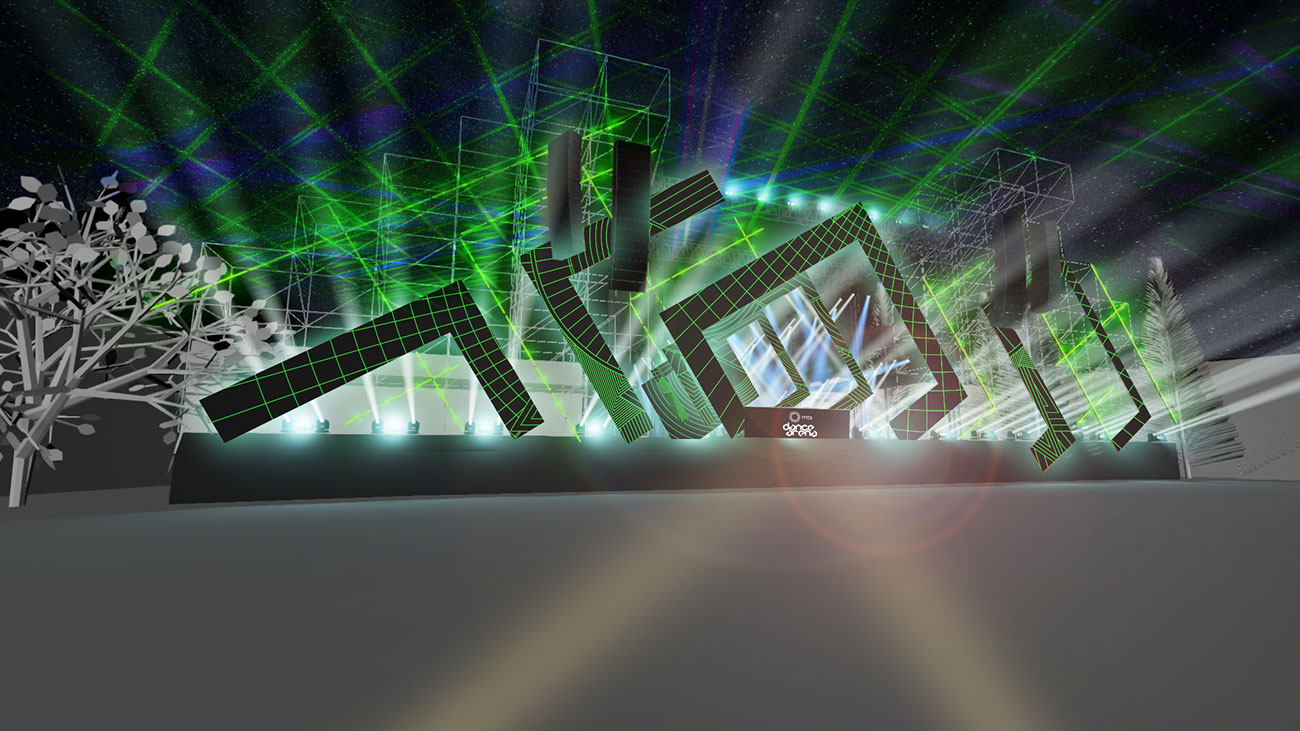 World famous mts Dance Arena is celebrating its 15th edition this year and for this occasion EXIT prepared a completely new, largest ever version of its spectacular stage! The opening night of the new look will be held on Wednesday, July 5 at the Guarana No Sleep Festival, thanks to which the Arena will be open for five nights and as many sunrises in a row, in the spectacular ambience of the Petrovaradin Fortress! The new design includes the largest ever construction of the Arena, which is 55m wide and 17m tall this time, hosting an incredibly strong Meyer MILO system with 102 sound boxes, deployed so that they cover the entire amphitheather with two trenches and the hill with the stands that is located opposite the stage. The stage construction carries over 300 lights, over 150m of LED tubes and record-breaking 328 square meters of LED screens.

Just for this grand occasion, one of the leading visual studios in the world, Dub Video Connection from Lisboa is coming to EXIT. Their VJ team has been preparing special video materials for weeks now, to be used on the extremely complex LED setup that will come alive during the five nights at mts Dance Arena! Dub Video Connection celebrates 20 years on the world electronic scene, and they have been VJ-ing at leading techno festivals, such as Time Warp, Awakenings, Cocoon in the Park, NOS Alive, Neopop and others.

For a complete spectacle, seven state of the art lasers with special “crowd scanning” lenses have been planned. They provide an incredibly accurate picture definition with maximum eye protection, which sets them apart from previous, surpassed technologies. This year all the special effects come in a larger number, including new pyrotechnics, numerous hazers, dry ice and CO2 machines.

In the honor of 15 years of mts Dance Arena, a documentary on the global phenomenon of the world famous EXIT stage has been published, with the comments of some of the world’s greatest stars, such as Carl Cox, Maceo Plex, Nina Kraviz, Skrillex, Solomun, Deep Dish, Jackmaster and many others.

A special performance on Sunday, July 9, is reserved for the unorthodox Fabrizio Rat, a techno-pianist, who is dubbed “La Machina” due to his incredible playing technique! His performances combine an exquisite pianist technic with which the Italian artist creates techno sound live, just like in Jeff Mills’ anthem, “The Bells”!

Grand opening night of the new Arena on Wednesday – enter with any EXIT ticket!

Everyone who has a five-day, four-day or any of the daily tickets for this year’s EXIT will be able to enter the Guarana No Sleep Festival, which is held on Wednesday, July 5, at the mts Dance Arena and the No Sleep Novi Sad stage. The entrance for both The Killers and the No Sleep Festival will be the well-known main EXIT entrance (Lovoturs, no. 1 on each map), and the audiences will be divided into those who have the tickets for The Killers concert, going to Main Stage, while everyone else can enter the Arena and #NSNS directly, via a special route, from 22h on. For those who have no EXIT tickets and plan to visit ony the Arena and #NSNS on Wednesday, the tickets are available for only RSD 990 at all Gigstix shops and at www.gigstix.com website.