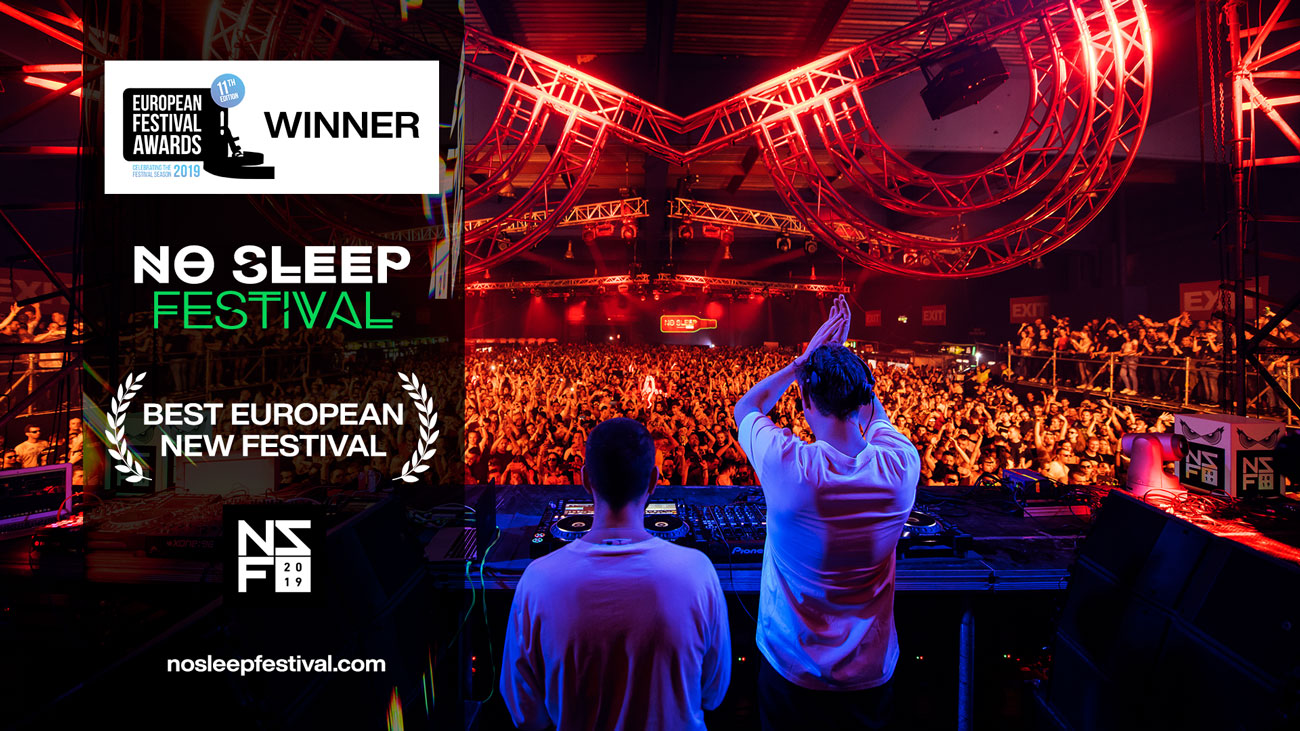 Prior to last night’s No Sleep award, EXIT had already won two “Best Major Festival” awards in 2013 and 2017, with Sea Dance taking the “Best Medium Festival” award in 2015! With this title, EXIT has become Europe’s most award-winning independent festival group, getting as many as four awards in only seven years, and in the year of celebrating its 20th birthday!

No Sleep’s triumph is even more notable when taking into consideration that this year’s festival competition saw few hundred festivals and over 350,000 people voting together with an expert jury, made up of prominent individuals from the festival industry. After two titles won, EXIT is once again amongst the 10 best major European festivals, as well for the tenth year since the coveted award was established in 2009, while its sister festival Sea Dance was shortlisted among the best in its respective category for the sixth time.

The No Sleep music platform created by EXIT, has built an enviable reputation on the world stage over the past five years, primarily through the eponymous stage at EXIT and Sea Dance Festivals, as well as numerous No Sleep events in global metropolises such as London, New York, Rome, Sao Paulo, Barcelona, Brussels and others. To both fans and media praise, No Sleep has been bringing together some of the world’s most exciting electronic artists and showcased leading global clubs, who have also hosted Exit’s No Sleep events, such as fabric (London), Rex, Concrete (Paris), Tresor (Berlin), Sub Club (Glasgow), Fuse (Brussels), Arma17 (Moscow), D-Edge (Sao Paolo), The Bunker (New York), Goa ( Rome), Nitsa (Barcelona) and others.

As one of the largest indoor electronic music events in Europe, No Sleep Festival takes place on over ten locations throughout Belgrade, including the Main Hangar at the Port of Belgrade and our internationally recognized clubs such as Drugstore, 20/44, Mladost, half, Dot and others. The list of performers includes some of the world’s most sought after names such as Nina Kraviz, Fatboy Slim, Amelie Lens, Bicep, Jeff Mills, Dax J and many others. After this year’s sold out edition, held at various locations and internationally well-known clubs and gargantuan warehouses in Belgrade, No Sleep Festival with its accompanying conference will return this November with more information soon to follow at nosleepfestival.com.

For those seeking one of the world’s leading summer music festivals and its iconic No Sleep stage, tickets for EXIT Festival are available via exitfest.org. The official tourist agency of the festival, exittrip.org offers tour packages containing tickets, as well as accommodation and transport options.