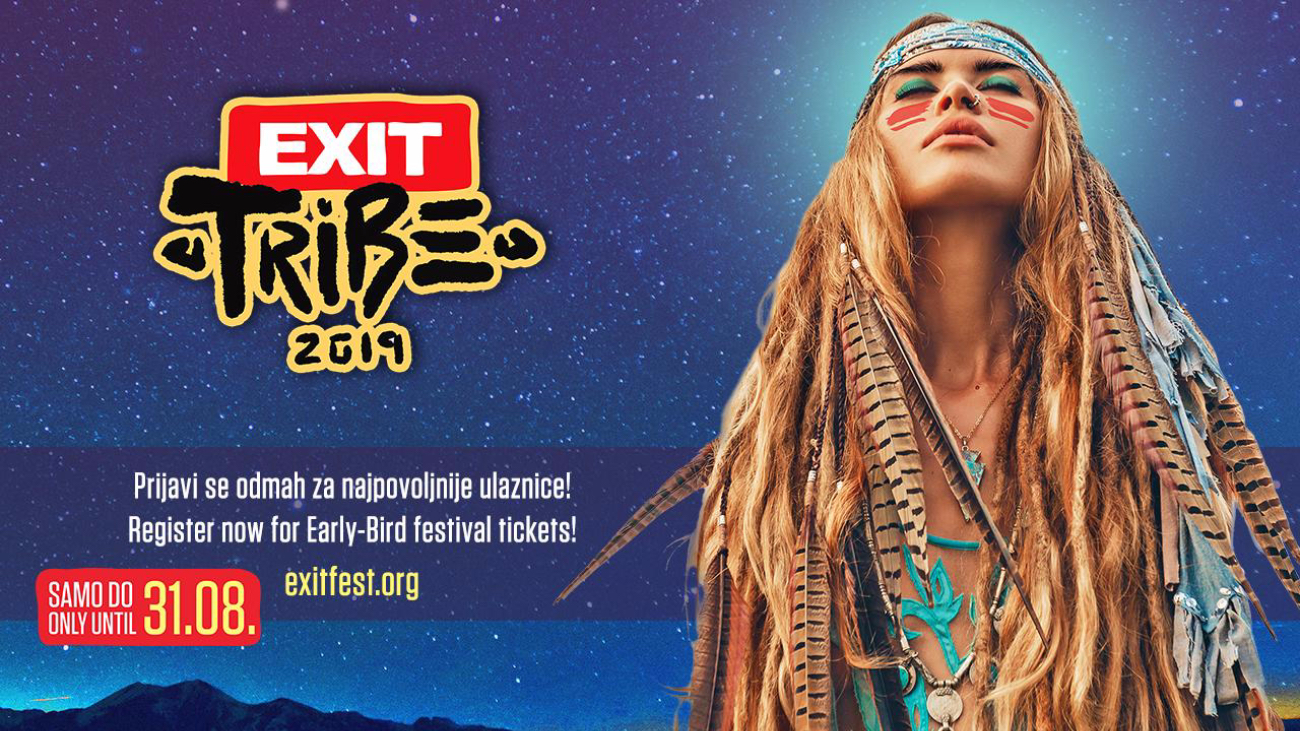 After EXIT celebrated 50th anniversary of Summer of Love in 1967 and the revolutionary “hippie” movement that changed the world forever in 2017 and celebrated ideal of personal freedom in 2018, EXIT is sending an invitation to the members of its tribe from over 70 countries in the world for a new gathering in 2019! This invitation is not only for the best party on the planet and the tribal dance among the walls of one of the largest fortresses in Europe. As always, it has a strong idea of social change and this time it is about environmental protection.

EXIT Tribe 2019 will invite its fans, as well as influential individuals of the world, artists, athletes and other public personalities, numerous movements and organizations, to unite with a clear goal – to protect the planet and all life on it! This endeavor will see EXIT stand shoulder to shoulder with the Standing Rock Movement, as they represent a major symbol of fighting for environmental protection and they appeared at last year‘s opening of the festival together with Nik Vujicic.

Fans all across the planet can become members of the global EXIT Tribe already today and reserve the best deal on the tickets once they go on sale at the beginning of autumn:

This year’s 18th EXIT festival has seen 200.000 visitors enter its gates during the four nights and days! The title of the Best Major European (some say the world as well) Festival had a celebration worthy of its historic success, matching the 55.000 visitors record with the greatest finale of EXIT yet! Non-stop celebration on all stages and a euphoria that has not been seen yet was the work of David Guetta, Martin Garrix, Alice Merton, Nina Kraviz, Joseph Capriati, Asian Dub Foundation, ZHU, Tale of Us, Asphyx, DJ Tennis, Red Axes and many others! This year’s edition of the festival surpassed expectations, thanks to the new production of the Main Stage, where Migos blew the collective brains of the audience on Friday, alongside the American rocker LP, and the art-pop icon Fever Ray. Friday and Saturday were marked by the concerts of the reggae king Ziggy Marley, rapper and hitmaker French Montana, a performance for the history books by Grace Jones and a spirited Ofenbach! The new spectacular looks were in for mts Dance Arena as well, keeping it full for all four days, until the closing time with the techno icon Richie Hawtin, electronic genius Maceo Plex, house king Solomun and the one and only, and always fresh, Nina Kraviz. Her tribal rhythms closed this year’s festival with loud ovations from the audience made up of people from 70 countries, bringing smiles and tears to her face.

EXIT Festival's Summer of Love gathered over 350.000 people at 4 festivals in the region!

Exit and Arena Cineplex bring back the cinema to the festival: The freshest movies for the complete Exit festival experience