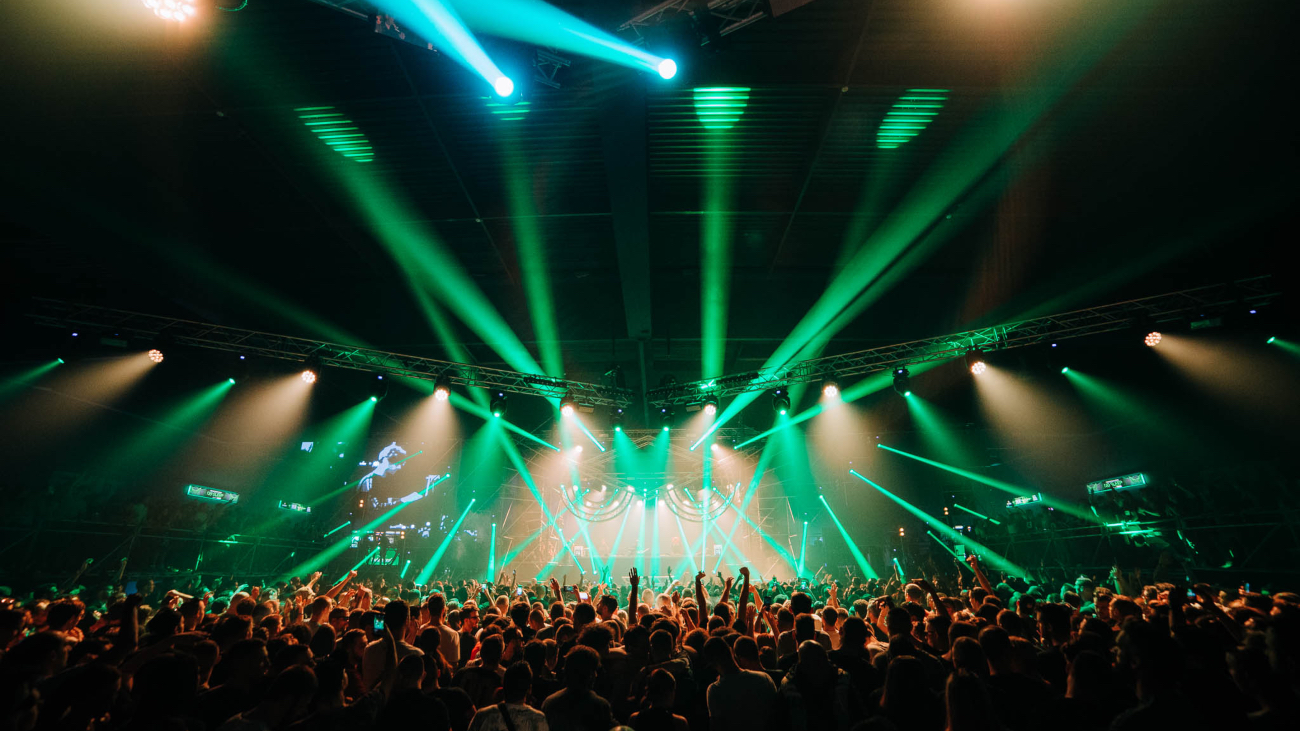 Electronic music lovers came to the Serbian capital from more than 40 countries to dance with both international and regional electronic acts in Belgrade’s internationally prasied clubs such as Drugstore, 20/44, half, Mladost, Dot and others. The overall festival wristbands, as well as single tickets to its main events headlined by Amelie Lens and Bicep were all sold out, leaving many outside of the gargantuan Main Hangar located in Belgrade’s old port on the river Danube. The second edition of No Sleep Conference brought again many panels, keynote interviews and workshops that gave an inside look into world of today’s music and festival industry.

Fantastic set by the Belgian superstar Amelie Lens and her own label’s mainstay Farrago, followed by a powerful closing of Berghain most talked about resident Kobosil, were the absolute highlights of an indoor spectacle in a sold out venue for 7.000 people walking through the doors on Friday, with hundreds left outside.

The very next night followed suit by matching the immense energy with a big 20th anniversary celebration of the London’s iconic club fabric. After celebrating the jubilee for the past year at the club and selected spots across the globe, it was time to join partners from EXIT at their indoor festival in Belgrade for what was one of the biggest events on their fabric XX tour. Special night was headlined by the mighty duo Bicep in a long-awaited Serbian debut that went above already high expectations making the Irish tandem set for a soon comeback. They were followed by another stellar duo Mind Against whose upcoming tracks previewed some of their best production to date, while the rising star Anastasia Kristensen proved she is at home at the biggest of stages after opening hours that were naturally in the hands of fabric’s residents Terry Francis and Anna Wall.

The music marathon started in the record store Yugovinyl on Friday at noon, and finished on Sunday in the Drugstore club, with the packed afterparty featuring the Polish techno-heroine VTSS and the Australian DJ wizard YokoO. The long list of artists playing the various events during the marathon rave also included French electro hero Djedjotronic, the resident of Istanbul’s club Minimuzikhol Ece Ozel, Belgian techno duo Joyhauser, mixed with many local artists with international calendars like Forest People, Lag, Sugar Lobby and many others.

No Sleep Conference gathered again several dozen leading experts from various areas that are an integral part of the music and festival industry today. Most attention was drawn to the exclusive panel by the fabric team with Judy Griffith, Anna Wall, Terry Francis and Alex Parsons sharing some of the untold stories from club’s 20 year long history. The professionals behind the popular party series Elrow, Munich’s club MMA and the Serbian Dev9t festival have discussed the application of new artistic expressions in live events production. The list of speakers also included the agent of some of the leading electronic stars Roman Trystram from CAA, Mixmag’s editor Duncan Dick, Lana Boric from Sonus festival, and dozens more.