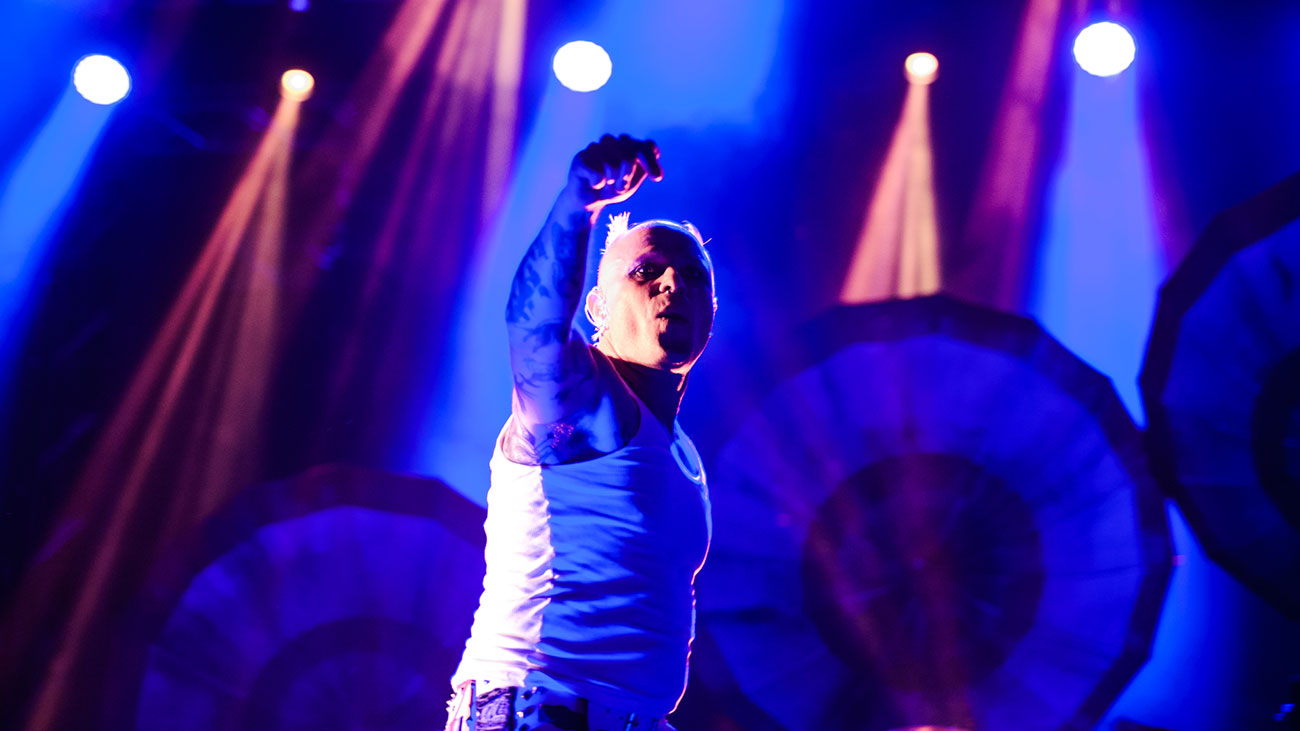 During the four days and nights at the Petrovaradin Fortress true EXIT magic was created by 195,000 visitors! The last night the record for daily visits was broken, with 55,000 people marching through the gates to take their place at the Festival’s main stages. Dance Arena, Fusion, Explosive, No Sleep Novi Sad and others started to swell up with the first hints of darkness, while the main stage surpassed all known statistics set during the last 16 years at the Fortress. Wiz Khalifa with inconceivable ease managed to confirm his status as the greatest rapper today, creating a spectacular show one could only achieve at the height of his career, whose charisma at one moment pressed pause on everything so the audience could applaud, chant his name and scream non-stop for five minutes! Fluent rapping, well-choreographed production and smiles everywhere followed his hits “Black & Yellow”, “Taylor Gang”, “Young Wild and Free”, “We Dem Boyz”, while the end of the concert was reserved for the colossal ballad “See You Again”, the chorus of which echoed across the Main Stage, as 30,000 people sang in a single voice! The height of emotion, intensity and deep relation which The Prodigy nurture with their favorite festival, as was confirmed on numerous occasions, both in front of cameras and live, last night was taken to another level, surpassing all previous shows in Serbia, from distant 1995 onward! From the moment they leapt on stage and started ferociously to wind up “Breathe”, the audience morphed into a single organism from which torches, banners, T-shirts, and all the emotion gathered through the generations was bent on one thing only – to party! The concert will be retold time and time again, as songs like “Firestarter”, “Smack My Bitch Up”, “Omen” thundered from stage, while Liam, Keith and Maxim did everything to make all the EXIT People become Magic People! Last night, Main Stage also blew everyone’s mind when owner of two MOBO Awards, Stormzy said to the audience “Serbia, this is a historical moment, people will look back at this night, and say they witnessed history”!

At mts Dance Arena a real revolution with the new, pioneer performance by Ritchie Hawtin, who arrived in front of the audience with no mixing table in front of him! Instead, from his left and right sides numerous devices were stacked up, while he stood in front of the entire audience, announcing new and interesting times to come at the electronic scene. The Techno “Baron” Dave Clarke reminded us why his previous performance at the Arena, exactly 10 years ago, and last night, he prepared a virtuoso set, justifying the title many have given this night “Techno All-Stars”. Leading the pack was the brilliant and charismatic Nina Kraviz, who was accompanied at Exit by her main protégé from the “Trip” label, Bjarki! The grand finale lasted three hours, when the electronic colossus, the grand master himself – Marco Carola took over the stage, together with 300 fans to “back him up” and dance the night away with him at one of EXIT’s most visited final performances ever! No Sleep Novi Sad Stage continued this year’s trend of club nights at the Fortress, and after clubs Nitsa, Tresor, and Concrete, it was up to the joint forces of clubs Grelle Forelle from Vienna and Drugstore from Belgrade to close the party. Last night, the alternative sound of the electronic scene flowed through the jam-packed stage carried by Powell, Cassegrain, Parrish Smith, Campbell Irvine, 33.10.3402, kir and Lakmus Red.

The avant-garde queen and jazz-rock diva, Josipa Lisac won the hearts and minds of the audience with her glorious improvisations which revived the fans in a completely new way. Her current single “Moja magija” (My Magic) best described the exchange of love she established with the audience at Fusion Stage. A great intro to her performance was provided by Belgrade’s Americana heroes, Stray Dogg, while a magnificent end to this year’s magical EXIT lineup at Fusion was arranged by the troublemakers from Montenegro – Who See. The band from Goteborg, At the Gates rocked the hardest of metalheads at Explosive Stage, which once again gathered the greatest amount of fans of the extreme sound, who enjoyed each second of their solos and riffs. It was up to Toxic Holocaust to give an introduction to the gig, while the bar remained high with performances by Bombarder, Negura Bunget, Norhod, and other “explosive” experts!

Yesterday, at the “Magic of Dialogue” Zone, realized in partnership with the daily journal “Danas” and SKCNS “Fabrika”, the topic to be debated was humanitarian work, titled “Be A Human Being”, with speakers actor Sergej Trifunović and Nenad Pagonis, kick-box champion of the world and founder of the Pagonis Foundation, while EXIT was represented at the debate by humanitarian and winner of the special recognition “Youth Heroes” Jovan Simić, as well as Executive Director, Ivan Petrović.

After the magical fortress, the best festival summer moves to the Adriatic Sea, and the beautiful Jaz Beach, where from 14th to 16th July, the third consecutive Sea Dance Festival is being held. During the three days and nights on the seaside, fans can look forward to performances by Skrillex, Hurts, Andy C, Stereo MC’s, Jeff Mills, Black Coffee, Lost Frequencies, Banco de Gaia, Cartoon, My Nu Leng and many other world and regional stars! Tickets are still available online, and will also be available at the festival ticket office at Jaz all throughout Sea Dance Festival.

See you at Jaz Beach!

Guitar rebellion at exit with 47,000 voices echoing across the fortress!