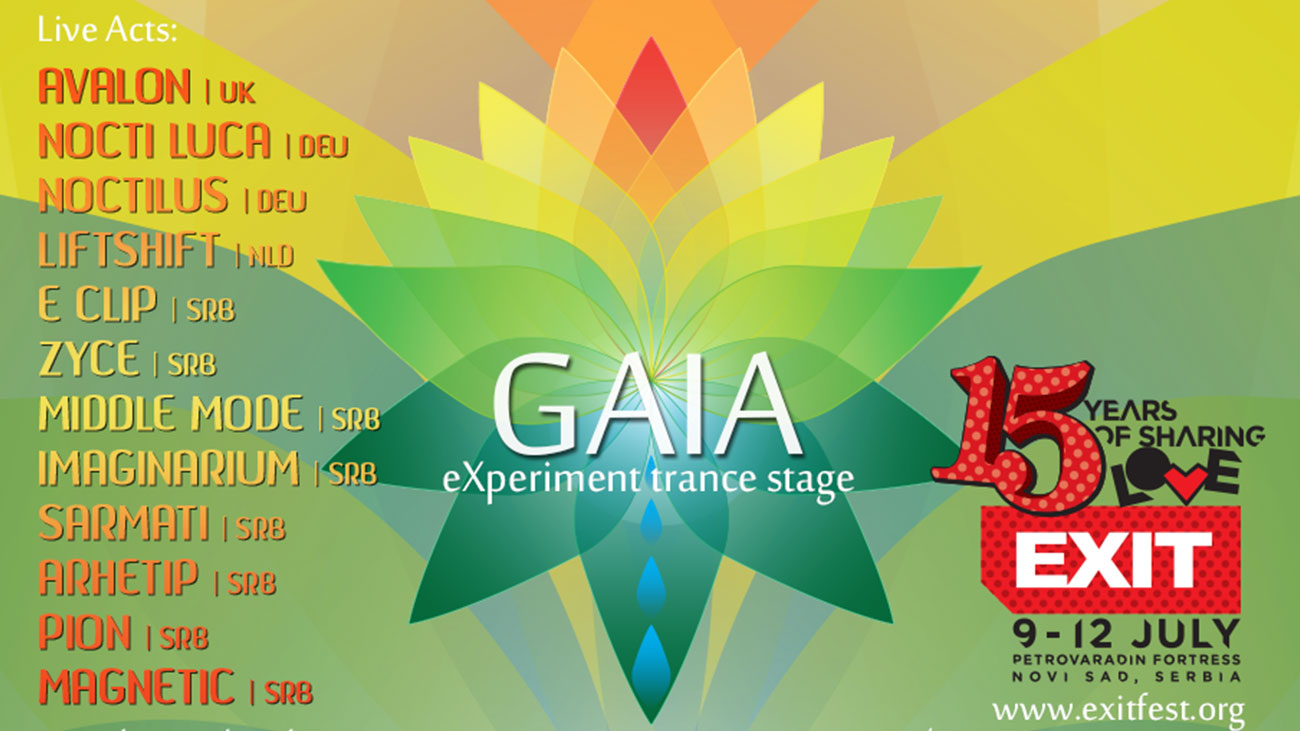 The third and most attractive, 15th birthday edition of EXIT Festival, Gaia eXperiment Stage brings some of the most wanted representatives of the trance world! From 9 to 12 July, the visitors will have the opportunity to hear the London trance star Avalon, Dutch producer Liftshift, supported by domestic stars, such as Zyce, E-Clip, Middle Mode, Imaginarium, Pion, and Arhetip. Celebrating EXIT’s milestone, the program will also feature the “forest” subgenre of this music, presented by our German guest under the guise of two projects: Noctilus and Nocti Luka, whereas domestic support in the form of Sarmati will represent the true goa style of trance music. The end of each evening will be reserved for downtempo setlists of performers such as Magnetic and Dalton, as well as domestic DJ support consisting of some of the leading domestic trance DJ organizations. The stage, as well as the sound system will be provided by high-quality MM Acoustics and Audiolab. Also, this year the stage will feature special decorations, with this year’s theme remaining a surprise until the beginning of the festival.

Gaia eXperiment Trance Stage promotes one of the most widespread music genres, psychedelic trance, created in the early 1990s, booming in the past decade through some of the world’s largest festivals. Traditionally, the Stage will be led by one of the most active trance organizations, eXperiment, with their message: “Psy-trance has strong energy while it unites all nations at some of the most beautiful places on the planet. Psy is not just a music genre, but a cultural activism spreading its world through dance, exchange of emotions and mutual respect of different worlds, connecting them with a very sophisticated sound. The Gaia notion comes from the idea that the only thing we cannot neglect as citizens of this Planet is that we are a unity, and that we need to take care of each other, the same way it took care of us when we were growing up and developing.”

Exit’s Life Stream Festival filming completed: The first broadcasted performance gathered as many as 400,000 people from around the planet!