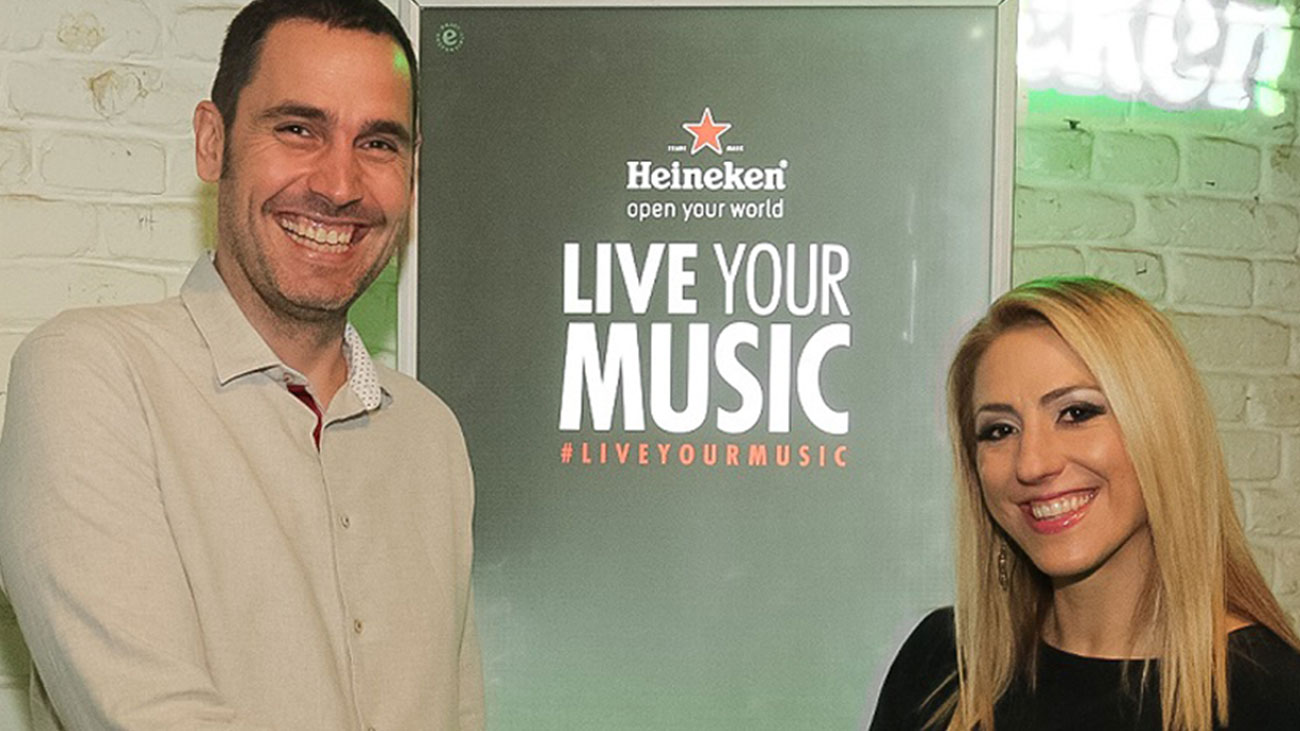 The partnership between one of the world’s leading musical events, Exit Festival, and one of the world’s most widely distributed beers, HEINEKEN was established last night in Belgrade. As part of the opening ceremony of the “Beer Planet” event, organized by the HEINEKEN Company, the business partnership was announced until the end of 2018, and with it, Heineken® became the official beer of EXIT festival!

Dušan Kovačević, CEO of Exit festival, used this opportunity to state the following: “Until now, Exit has welcomed countless superstars in the world. We are delighted that this year we found our beer star in a family company which, besides making the best beer in the world, has always had immense social responsibility as well. That same wave length was exactly what caused us to recognize HEINEKEN as a partner with whom we can realize important projects in that particular field.”

“Our company, and the best and most visited European music festival join forces – HEINEKEN and EXIT will be cooperating during following three years. We are pleased to be partnering up with the best, because Exit is the best, winning multiple awards as the best European, and world festival. We cannot hide the excitement, or pride we enjoy due to this partnership, because the best always go with the best”, said Dragana Savić, Marketing Director of the HEINEKEN company.

EXIT is a world famous, multiple award-winning summer music festival, held every July on the Petrovaradin Fortress in Novi Sad. Created as a student and political movement, Exit is today one of the most recognizable brands, and the significant location on the cultural and tourist map of Serbia. EXIT is the winner of the title: “Best European Festival”, awarded by European Festival Awards in Holland, in 2014, with 620,000 cast votes worldwide. The festival also received recognition from media giants like CNN, BBC, Time, Guardian, The Sun, Daily Mail, Independent, Euronews, Lonely Planet… Almost three million people from more than sixty countries around the world visited the festival, while during its existence, the festival has welcomed some of the biggest contemporary musical attractions, as well as local and regional stars.

About the HEINEKEN Company

HEINEKEN is one of the most widely distributed beer manufacturers in the world, playing the leading role in the development and marketing of premium beer brands and ciders. More than 250 international, regional, local, and specialized beer and cider varieties and products, led by the Heineken® brand, create a strong company portfolio. The company is dedicated to innovation, long-term investment in brands, well-organized sales execution, focusing on cost-effective management. Through the program “Creating a Better World”, the company’s sustainability business concept provides additional value to stakeholders. HEINEKEN also has a stable and well-balanced geographical distribution, taking pole position, both in the developed and developing market. The company employs 73,000 people, while doing business with 167 breweries, and other manufacturing facilities in more than 70 countries.

For more information visit THIS LINK.

The Guardian: Exit is one of the best festivals in Europe!

Spotted by locals: Novi Sad, the home of EXIT Festival