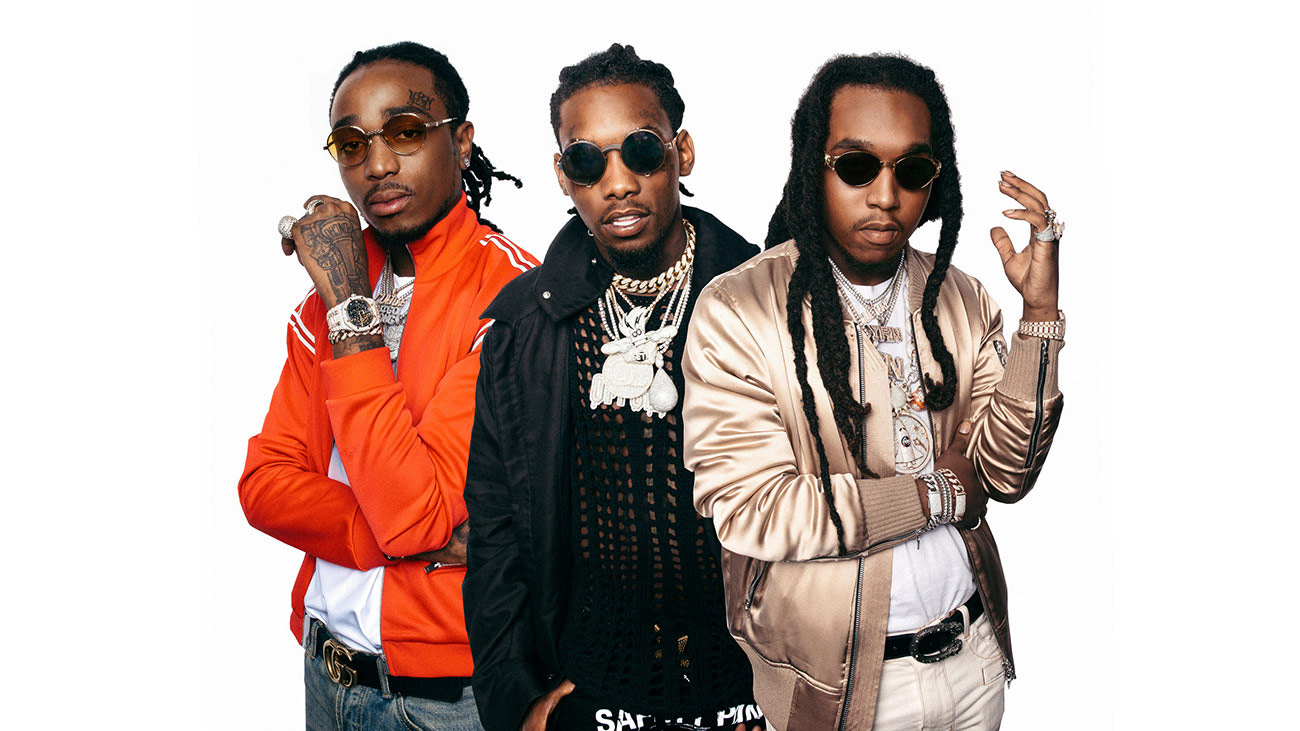 Global music phenomenon from Atlanta and the most popular rap group in the world, Migos, are coming to the Main Stage of EXIT festival in Serbia! Absolute headliners of major festivals this year come to the officially best European festival straight from the tops of American album charts they conquered with two albums. In just one year they became one of only five rap bands who managed to achieve this in their career, and with dazzling 15 numbers which found themselves concurrently on the American top list, Migos broke the 54 year old record previously held only by The Beatles! The trio consisting of Quavo, Offset and Takeoff first dazed the world with such hits as “Versace” and “Look At My Dab”, and then in 2016 their mega-hit “Bad and Boujee” earned over 600 million YouTube views and held the world throne for  the entire four weeks despite coming out at the same time as Ed Sheeran’s mega-hit “Shape Of You”! While The Guardian compared them to The Beatles, Rolling Stone said that they “have transcended hip-hop to become shapers of the culture”! With two Grammy nominations and a whole bunch of stars they cooperated with, such as Pharrell, Nicki Minaj, Drake, Gucci Mane, Katy Perry, Justin Bieber, Cardi B and many other participants in this planetary Migomania, it is clear that the popular trio from Atlanta will rule the international scene for a long time!

2018 can already be called their year, with the number 1 album and the performance at the half time show of one of the biggest sports events in the world, NBA All-Stars weekend in Los Angeles. As if this wasn’t enough, at the same event, but at the All-Stars Celebrity Game, Quavo from Migos won the MVP title by playing together with such stars as Win Butler of Arcade Fire and actors Jamie Foxx and Kris Wu. Migos made a breakthrough with their first album in 2013, “Young Rich Niggas” and the single “Versace” which received gold certification in 2016 after Drake made a remix of this song and placed this band in the spotlight in America. “Bad and Boujee”, the number one single at their next album “Culture”, became an internet phenomenon of sorts and part of the “meme” culture. It has been certified 4x platinum by the RIAA and became a favorite in clubs and radio stations all around the world, but also a celebrities’ favorite! The album itself is voted among the best in 2017 by the leading music media outlets such as Rolling Stone, Pitchfork, Stereogum, Clash, Consequence of Sound and many others, and after only a couple of weeks it was surpassed by the current sequel “Culture II”.