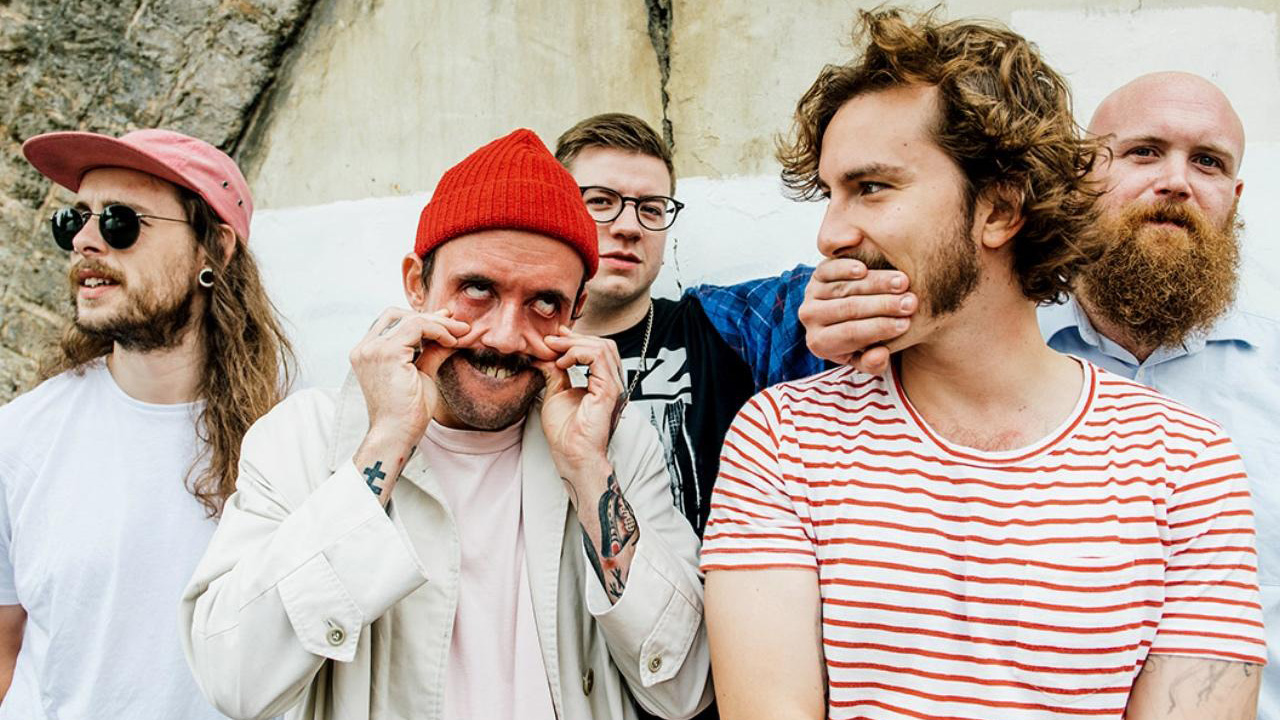 At a time when you are lead to be ashamed of your physical appearance, in the time of Photoshop, Idles tell you that there is nothing wrong with a muffin top. At the time of the Kardashians, Idles bring you a story of how working hard is worth it for those you love. At the time of polarized politics in murky waters, Idles and similar bands are necessary to remind the people that it’s OK to dance, sing and laugh in the face of adversity. How can you not love them?

All that you expect from a punk band, Idles do it, and they do it pretty honestly. “Our aim isn’t to start a revolution, but we talk about politics in the pub, so it’d be weird if we didn’t sing about it”, these guys from Bristol admit.

A Bristolian club is where their band was created by singer and frontman Joe Talbot and bassist Adam Devonshire. According to Talbot, they needed a lot of time to start playing because they were really bad for a long time and didn’t know anything about creating music. That is until 2012, when they released their first EP. It took them almost five years to finish the album. The wait paid off because “Brutalism” was greeted with excitement by the audience and rave reviews, most of which called them the best new British band. Today, they impress audiences all around Europe with their energy, so in July they will be rocking at EXIT Festival in Serbia, home of this year’s winner of the Best Major European festival award. Some of the first names for this festival taking place on a historic 18thcentury fortress also include Ziggy Marley, Slaves, Alice Merton, Richie Hawtin, Ben Klock, Dog Eat Dog and others.

“Brutalism” got its name after concrete buildings springing up around the Island after World War II. Just like those buildings, melancholic and disturbing, is their music. Loud, energetic, with a clear political attitude and a lot of anger. They say it’s a sort of therapy, but they refuse to declare themselves as a post-punk band, or like anything else for that matter. They say it limits them.

Besides that, they don’t hide the fact they are influenced by numerous other music genres, from jazz, minimal techno, jungle, hip hop, as well as R&B. This explains why they said there is connection between their album and Kanye West.

“‘Yeezus’ really helped us come out of our shell,” Talbot revealed to Haute Mobile Disco. “That idea of bravery and restriction really inspired us”.Many also returned twice to the news that Talbot imprinted the ashes of his dead mother into 100 of their vinyls.

“My old dear didn’t have the luxury of finding something that could save her; I’ve had her ashes pressed into 100 vinyls to symbolize just how important she was to this album, to this band and of course to me and my drive to exist in the most loving and honest me.”Talbot poetically stated on the band’s official Facebook page.

The Adriatic sea will boil up! The Prodigy at Jaz for Exit adventure!