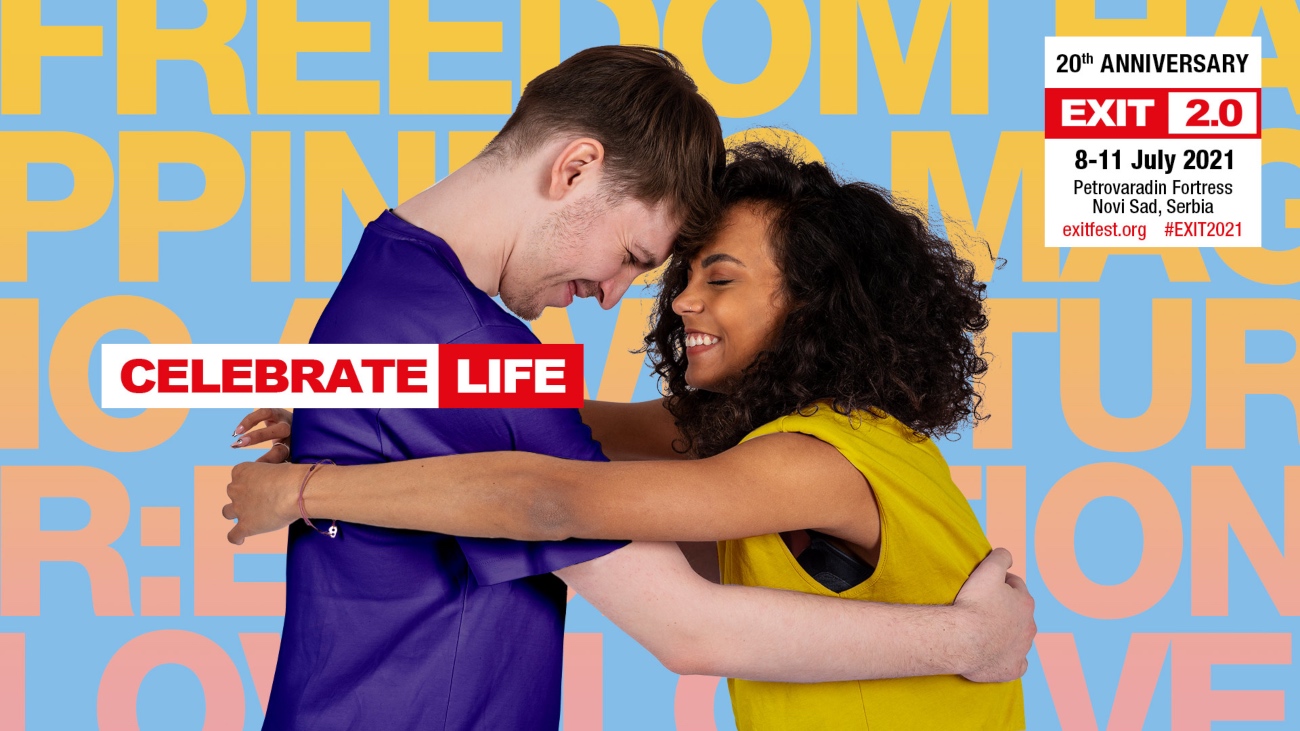 “This year’s EXIT will be a symbol of Serbia’s victory over the pandemic” Mayor Vučević, who’s also member of the National Health Committee Fighting Against Pandemic, said adding that entry to the festival will be allowed to all those who have been vaccinated and those with antibodies. To make the festival accessible to all, everyone else will be able to take a rapid antigen test, which will be provided at low prices, in a specially made area near the festival gates. Tourists can already travel to Serbia with a negative PCR test and we hope that PCR tests for entering Serbia will be abolished by June for touristic reasons, the same as it was last year during the summer.

The mayor’s long-awaited statement confirms that the 20th anniversary of EXIT will be celebrated according to the original plans, from 8th to 11th July at the Petrovaradin Fortress. An all-star line-up with major headliners is also confirmed, including David Guetta, DJ Snake, Tyga, Eric Prydz b2b Four Tet, Paul Kalkbrenner, Nina Kraviz, Boris Brejcha, Sheck Wes, Solomun, Paul van Dyk, Sepultura, Metronomy, Honey Dijon and many others. It is not yet clear if there will be any limitations to the capacity of the festival, as this will be decided in the next few weeks.

“We are very excited about this news and the opportunity to finally celebrate life together with our audience from the whole world! Considering all the difficulties we have been facing for over a year, we already feel that the Big bang of positive energy will create new dimension of the festival experience and make this year’s EXIT unique in the history of the festival. However, we must remain responsible in the coming months and we’re calling for all of our visitors who have the opportunity to get vaccinated before the festival, as no matter what, the health and safety of all visitors, artists and the crew is our top priority” said Dušan Kovačević, founder and CEO of the EXIT festival.

Serbia is currently one of the leading European countries when it comes to mass vaccination with highest percentage in Europe when it comes to people who have had both shots. Serbia has also been praised as the only country in the world where its citizens can choose between the different vaccine manufacturers from around the world and it’s the only country where non-residents can apply for vaccination. So far, Serbia has vaccinated tens of thousands of foreigners from all over Europe for free and they will continue with this practice. “We will also assist all our visitors who don’t have the opportunity to get vaccinated soon in their home countries, if they wish to apply for vaccination in Serbia. We will announce more information about that in upcoming period”, concluded Kovačević.

All of this will enable the grand celebration of EXIT’s 20thth anniversary to take place from 8h till the 11 July 2021. The venue is once again the world-famous Petrovaradin Fortress, one of the largest medieval fortresses in Europe with an unique view on the river Danube and city of Novi Sad. We will reveal new acts confirmed for the line up next week, who will find their place over 40 stages and zones all over the fortress.