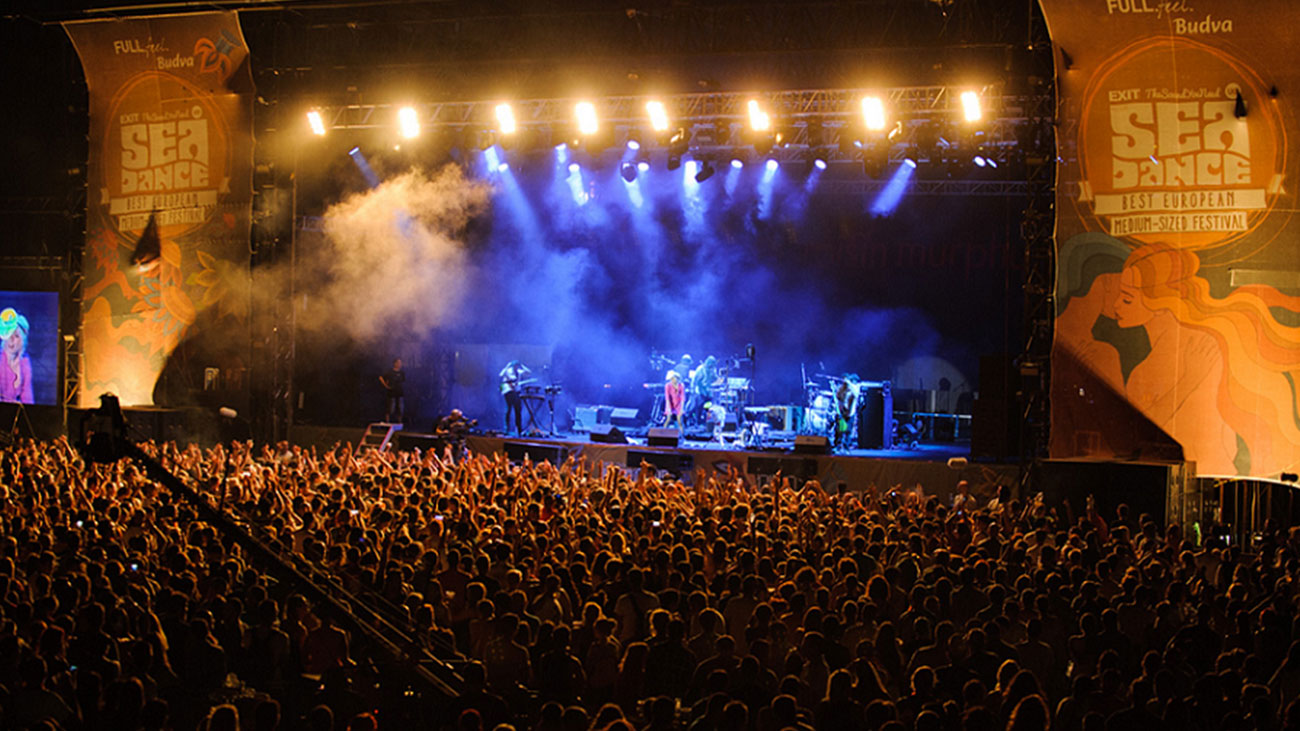 If the second night had love as its main ingredient that connected all performances, then Friday, the third night of Sea Dance festival, had relentless dancing as the lowest common denominator for all 25.000 people at Jaz beach! The record-setting Exit Adventure is on the verge of this year’s grand finale at sea, and audiences from about 40 countries in the world witnessed the highly stylized performance of the artistic music diva Roisin Murphy. The former singer in Moloko, a band that packed the Main Stage of Exit festival in 2003, has after a fantastic solo career in the last 10 years performed avant-garde art last night with atypical music arrangements at the Main Stage of Sea Dance festival! New generations confirmed that she’s one step ahead of our time as they sang famous Moloko hits “Familiar Feeling” and “Pure Pleasure Seeker”, which were followed by modern dance arrangements of songs “Jealousy” and “House of Glass” during which the charismatic Roisin seemed like a true heir of the incredible legacy of the second great art-disco diva – Grace Jones! This came especially in view during her performance of the now disco classic of the 21st century, “Golder Era” that she recorded in collaboration with house legend David Morales, and the sounds of which were perfect for the hot evening at Jaz beach.

The complete meltdown of Dance Paradise stage was brought down by the virtuous James Zabiela, who confirmed that the beach can be packed full-to-bursting, more so than the last two nights as the back lines of the audience couldn’t have been seen from the stage. Masterful skills and an impeccable performance made Zabiela hold thousands of dancing Sea Dancers to the very dawn, after which Raven from the Podgorica “Techno Clinic” held an early morning techno sound class! The Belgrade group Zemlja Gruva kept the dancing of the third night going, as well as the American duo Odezsa at the evening edition of “Dance Paradise”. Beach parties were marked by the other hit duo Bondax that kept audiences going on a particularly hot day until the very sunset at Jaz Beach.

The finale of this year’s record-setting Exit Adventure and Saturday night at Jaz beach falls to the hands of local stars from the group Who See, the Belgrade choir attraction Viva Vox, the cult group Van Gogh, and the stars of the evening will be the exceptionally sought London producer Wilkinson whose planetary hit “Afterglow” could be heard during Sigma’s and Rudimental’s performances on the second night! The other bass stars at the main stage as part of the UKF program will be Brookes Brothers and Maduk, while today’s finale at Dance Paradise stage will be brought by Doorly, Cirque Du Soul, Ela Van Wolf, Audiostorm, Ryan Lubarda, Luka Tarle, Haris and P.S.

The Adriatic sea will boil up! The Prodigy at Jaz for Exit adventure!