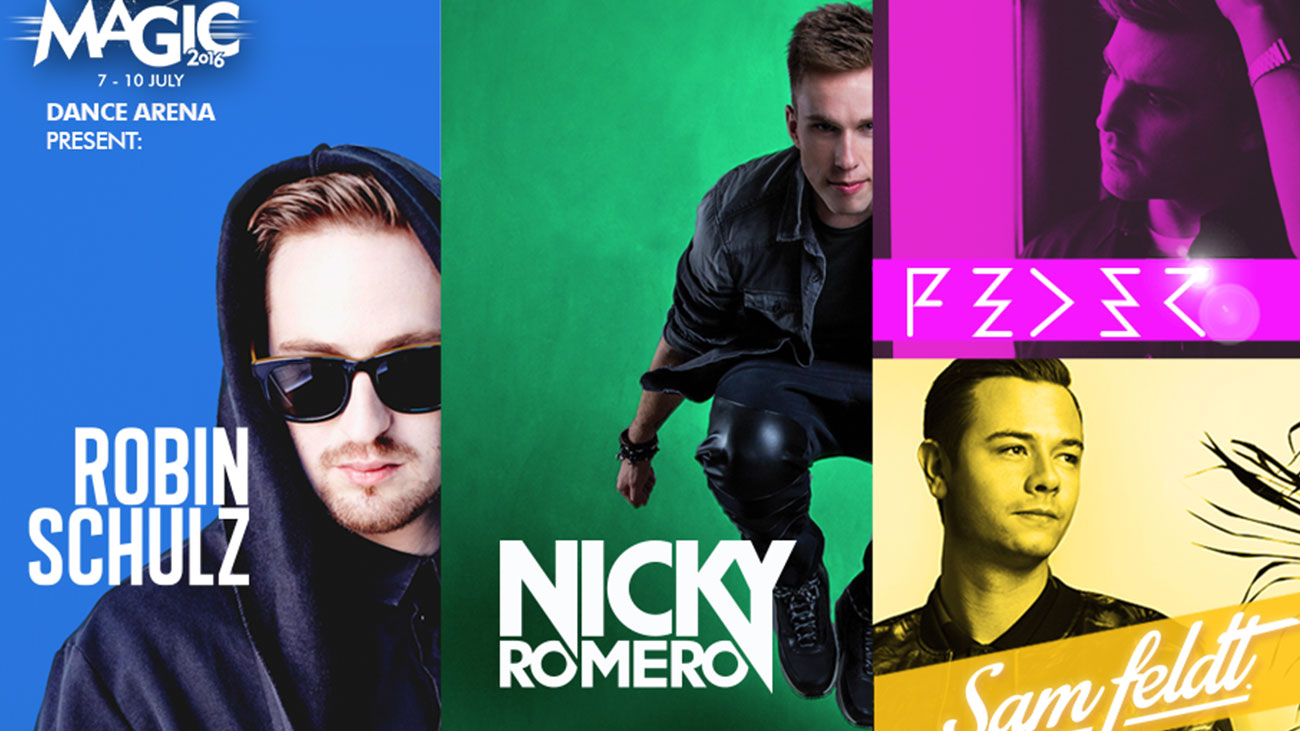 Saturday on mts Dance Arena has been one of Exit Festival’s monuments for a long time now, a time when a full-blown swarm of cheerful visitors goes home after the Sun had long ago reached an impressive altitude. This year too, the biggest dancefloor in this corner of the world welcomes some of the biggest names of the contemporary electronic scene. German superstar Robin Schulz brings some of the biggest dancefloor hits of the decade which earned him high ranking chart placement, performances at world’s leading festivals as well as clubs all around the world. After dominating European charts with his debut single “Prayer in C”, sold in several million copies, Schulz became a true music phenomenon; his tracks count hundreds of millions listens on Spotify, alongside more than a billion video views on YouTube.

This year saw his latest album “Sugar”, that includes collaborations with a large number of prominent names, e.g. Moby, J.U.D.G.E, Ilsey, soFLY, Graham Candy, Akon, DJ Moguai – just to name a few, as well as a Grammy nomination. Schulz will be performing at Exit’s mts Dance Arena on Saturday, 9 July. He will be joined on the same evening by David Guetta’s protégé, Dutch DJ, producer and Protocol recording label owner, Nicky Romero, who has been named one of the world’s best DJs by DJ Mag! So far, he has conspired with colossi of the scene – Rihanna, Britney Spears, Tiësto, Fedde le Grand, Sander van Doorn, David Guetta, Calvin Harris, Armand Van Helden, Avicii and Hardwell, and has won an MTV EMA award for the Best Dutch Act. Ibiza’s biggest clubs resident, headliner to some of the leading world festivals, including Tomorrowland and Ultra, will shake the mts Dance Arena with his superhits, including “Legacy”, “Symphonica”, and “Toulouse”, his collaboration with Avicii on “I Could Be the One”, as well as the latest hit “Let Me Feel”.

Sam Feldt has reached his peak with the hit “Show Me Love“ that ranked high on most of the European charts in the last few years. Feldt continues his success frenzy with hits such as “Midnight Hearts“, at the same time sharing the stage with some of the biggest DJ names: Kygo, Robin Schulz, Thomas Jack, Alle Farben, Kölsch. Hadrien Federiconi, also known as Feder completes the list of deep house giants for this year’s mts Dance Arena. The winner of  “Best New French DJ“ award at NRJ DJ Awards had his breakthrough in the world of deep house with his incredible remix of Rodriguez’s song “Sixto“, after which he released “Goodbye“ that hit number one on iTunes charts in all across Europe, including almost all radio stations in Serbia and the Balkan region.

Exit Festival will be held from 7 to 10 July 2016 at the Petrovaradin Fortress in Novi Sad, while the current “Best Medium-Sized European Festival” award holder, Sea Dance Festival, will be held at Jaz Beach near Budva, Montenegro from 14 to 16 July 2016. The ride along the magical Exit Adventure 2016 has been confirmed by the biggest hip-hop star in the world, Wiz Khalifa, one of the hottest pop acts Bastille, Belgian hitmaker Lost Frequencies, the absolute house favourite Solomun, the father of drum’n’bass Andy C, the officially best European rapper Stormzy, Skrillex’s successor Zomboy, as well as an impressive list of X-Bass names: Ms. Dynamite, DJ Hype, Sub Zero, Wilkinson DJ Set feat MC Ad-Apt and Modestep DJ Set, and the first Fusion Stage names – Dub Pistols and Kensington.