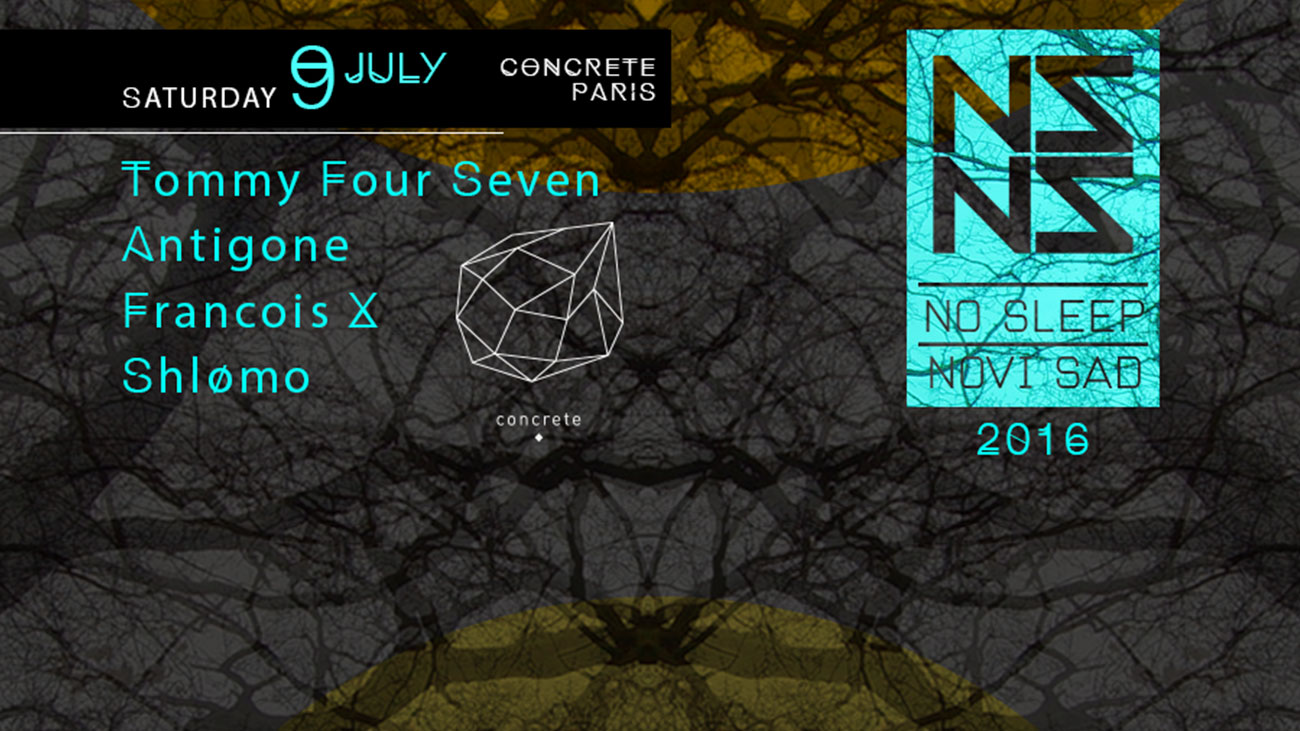 The absolute house royal, one of the leaders of today’s electronic scene, Solomun, returns to Exit mts Dance Arena on Thursday, 7 July with a much bigger status on the world scene compared to his debut at Exit in 2010. Even though he grew up in Hamburg, Germany, Mladen Solomun was born in Travnik, a fact he takes pride in, as well as shows during his performances that include sounds originating from his home area. He was named Best DJ and Producer of the Year at DJ Awards, while he is currently working on his theme night “Solomun +1”. One of the unofficial kings of Ibiza has been standing shoulder to shoulder with the likes of Richie Hawtin (Enter) and Marco Carola (MusicOn), and is also the proud owner of his “Diynamic” label, as well as the well-respected alternative label “2DIY4”.

No Sleep Novi Sad, the second biggest electronic music stage of Exit Festival will be presenting its new program concept with some of the biggest world clubs and labels next summer during four festival nights behind the famous tunnel leading away from mts Dance Arena. The first club to confirm their presence at Exit Festival is the Parisian Concrete, who will host their non-stop party on Saturday, 9 July. The show will be headlined by techno wunderkind, the star of a new generation Tommy Four Seven, followed by the leading Concrete residents and current leaders of the Paris techno scene, Antigone and Francois X, as well as one of the rising stars Shlømo who will bring his intense live performance to the No Sleep Stage!

Tommy Four Seven is a British producer that moved to Berlin in 2008, and in a short while established himself as one of the leading representatives of the ultimate and very competitive techno scene. He is Chris Liebing’s favourite performer and one of the major names on Liebing’s “CLR” label roster, as well as the owner of a new label with a constantly growing popularity, “47”. He is also known for his singles, “131”, “Ratu”, “OX1” and numerous others, where he collaborated with names such as Regis, Robert Hood and Perc.

Antigone is considered the leader of the French avant-garde techno scene that is once again on the rise. “Forbidden Work”, released for the Construct Re-Form label, together with “Menace of the Species”, and “Astral Traveller” have attracted the attention of some of the most important names, securing him a residency at Concrete. This skyrocketing status earned him frequent performances at clubs such as Tresor, Fuse, Trouw and Berghain. Alongside his Concrete colleagues, he often works with Zadig, UVB and Tommy Four Seven.

Francois X is a world-renowned DJ and producer, and one of the key factors of the French electronic scene. His first releases that included the work of DJ Deep, as well as “Rising”, in collaboration with Marcel Dettmann that was included on the “Fabric 77” and which marked the start of their constant cooperation. Francois X has been the leading resident of Concrete, alongside having a regular spot at Berghain and Fabric. His “Paris Boiler Room” mix is considered one of the best mixes from the venue.

Shlømo is the youngest Concrete resident that will be performing on Saturday at the NSNS Stage. He founded Taapion Records in 2013, which featured names such as Birth of Frequency, Roman Poncet and Francois X. He became a part of the Concrete collective not very long ago, on 25 October, on the club’s 4th birthday; a party which is still being talked about after going on for three days and nights non-stop. He also performed at the Weather festival in Paris, which is organized by the Concrete club team. The winter festival with a constant rise in popularity attracted thousands of fans from Europe last weekend.

Performances at the magical Exit Adventure 2016 have been confirmed by the currently biggest hip-hop star in the world, Wiz Khalifa, indie rock sensation Bastille, one of the most wanted European rappers Stormzy, Belgian hitmaker Lost Frequencies, the cult-status music collective Dub Pistols, as well as the most wanted Dutch band Kensington. They are followed by an impressive list of bass performers from Petrovaradin to Jaz Beach, the first ones among them being the fathers of their genre, drum’n’bass champions DJ Hype and Andy C, together with some of the biggest dubstep stars Modestep and Zomboy. They will be joined by the most prominent names of this generation, Wilkinson, Ivy Lab and Sub Zero, whereas a special slot in the Main Stage program is reserved for the amazing Ms. Dynamite. The last Exit Adventure wave of artists for 2015 has been announced, with new names awaiting just after the upcoming holiday season.