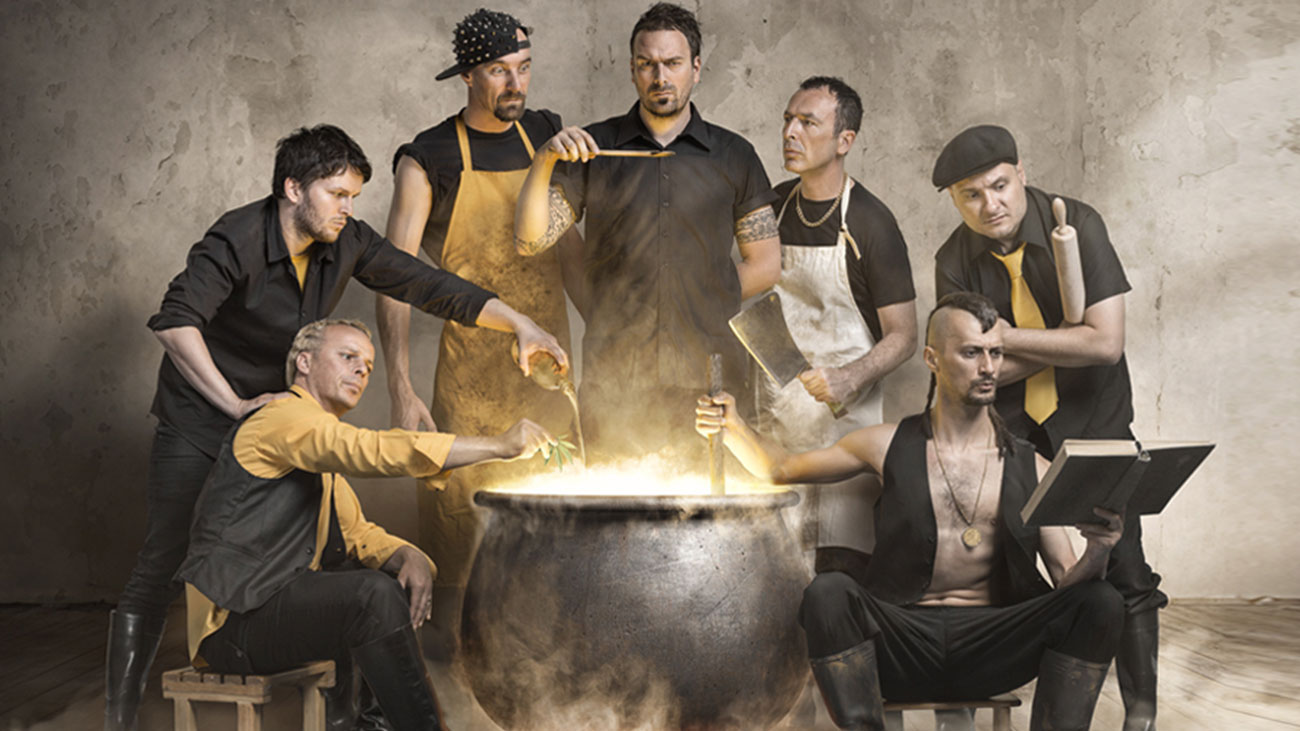 The world-music legend, Manu Chao, says they are the best European band. Beside Goran Bregovic, they are internationally recognized as one of the most popular performers from this region. They are Dubioza Kolektiv and they will perform at the Main stage of Sea Dance festival on 16th July! The most popular Balkan band is coming to Jaz as part of their European tour during which they will visit more than 100 destinations worldwide, as well as major world festivals and European cities such as Berlin, Amsterdam, Madrid and Barcelona, where tickets for their act are already sold out. This lucid Bosnian band have written a new song in their recognisable style before their performance at Jaz beach, and it’s dedicated to Budva and Sea Dance festival. The song is based on the melody of their current hit “No Escape” and it invites all fans to Sea Dance!

With sharp lyrics, packed into a mix of hip hop, reggae, dub and rock sounds, Dubioza Kolektiv have managed, more than any other bend, to charm both regional and worldwide audiences. The importance of this band has been recognized by numerous worldwide media, such as Time Magazine and the BBC, who have both recognized members of this great group as a legitimate voice of Bosnia and the entire Balkan region. MTV joined the praises, by awarding them for being the most broadcasted band from the region, and gracing them with the Best Adria Act title. In 2011, Fatboy Slim included their song “Balkan Funk” in his DJ set on major worldwide festival performances, while in the very same year Bill Gould, from “Faith No More” has produced their album “Wild Wild East” for the global market.
They continued their reputation of socially engaged lyricists and musicians with their new EP “Happy Machine”, after the absolute success of their album “Apsurdistan”. The song No Escape (from Balkan), has been especially singled out from this album, with over a million and a half views on their YouTube channel, while the video for the song was featured on the front page of The Pirate Bay site because they dedicated the song “Free.mp3” to the imprisoned founder Per Gottfrid! Besides EXIT festival where they held four amazing performances, they performed at all major European festivals such as: Roskilde, Sziget, Eurosonic, Paleo and many more. No one is surprised anymore by the fact that they have had sold out concerts in Belgrade Arena, Zagreb Sports Hall and the largest halls all over the Balkan.
The Adriatic sea will boil up! The Prodigy at Jaz for Exit adventure!