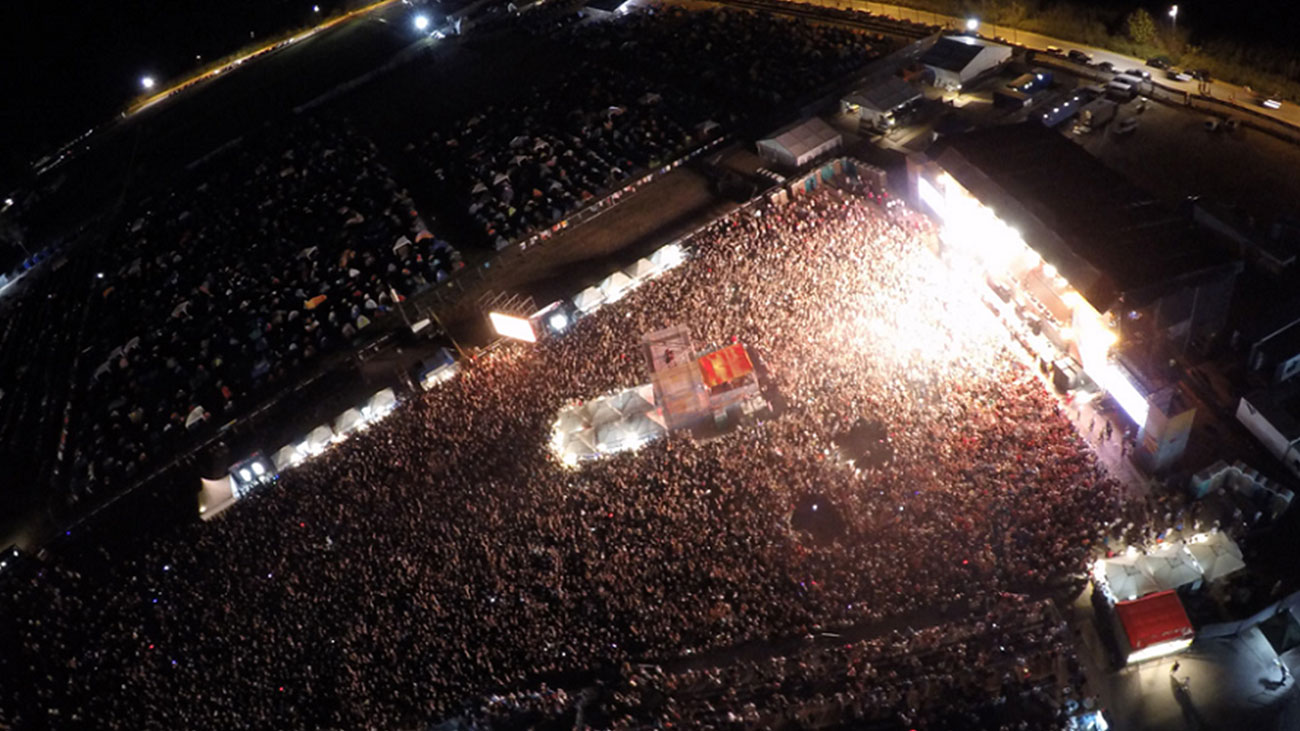 History was written in gold letters tonight at Jaz as the historic event in Montenegrin festival tourism saw over 35.000 visitors from 40 countries and 5 continents! The Prodigy confirmed their status as absolute stars with a furious performance, marking the as truly one of the biggest groups of all time, which made sure that the first night of this year’s Sea Dance festival is truly spectacular! After outrageously good fireworks past midnight, Liam, Keith and Maxim, followed by a band, came out on stage and since the first notes of “Breathe” began to furiously entice a complete euphoric experience for a true second edition of this year’s, tentatively record breaking, Exit Adventure! Hits spanning generations like “Omen”, “Invaders Must Die”, “Their Law”, “Firestarter” and countless others spanned through the night, but the slightly changed lyrics of the famous song “Smack JAZ BEACH Up” brought forward a storm of screams and applause! The Prodigy have people everywhere, and they confirmed it with their cult hit “Voodoo People”, and the Adriatic sea was shaken up by new songs “Nasty” and “Wild Frontier”! The celebratory Sea Dance festival added an entire new first night because it won the Best European Festival up to 40.000 daily visitors award, and the main stage, the program of which was supported by the global music platform UKF from London, was taken over by the local Punkreas, Hornsman Coyote & Soulcraft, and the world bass scene stars, the dutch trio Noisia and the dubstep/rock band Modestep from London.

Tonight Sea Dance welcomes the ultimate hit-makers, a four-man show from London in a very rare and most-sought out DJ edition, Rudimental! The UKF program at main stage will mark one of the currently most contemporary world duos Sigma, and bass stars Black Sun Empire and Fred V & Grafix. One should arrive earlier at the festival, because the party at Dance Paradise stage starts tomorrow at 13h (1pm) with Crew Love stars from the Soul Clap collective, PillowTalk and Nick Monaco while the night dance is dictated by Star Slinger, Flight Facilities, TCTS and others. A special attraction at main stage stars at 22h (10pm) by Dubioza kolektiv which has appeared twice at the famous Glastonbury festival in England.

During the last 3 days, the Sea Dance festival camp has welcomed visitors from all over the world, who are thrilled with Jaz beach, officially the most beautiful beach in Europe as selected by the prestigious magazine Lonely Planet! During the four festival days about 100.000 visitors are expected, as well as the rise of the total tourist season in Montenegro. In contrast to last year, the number of foreign visitors has doubled, and the largest number of them comes from countries in Western Europe, and for most this is their first time in Montenegro. The first impressions are good, they are looking forward to this year’s exceptionally trendy program that follows all the world trend, and they like Jaz beach the most, as well as the beauty of Old City in Budva.
Roisin Murphy and James Zabiela got more than 25.000 people dancing on sea dance festival’s 3rd night!