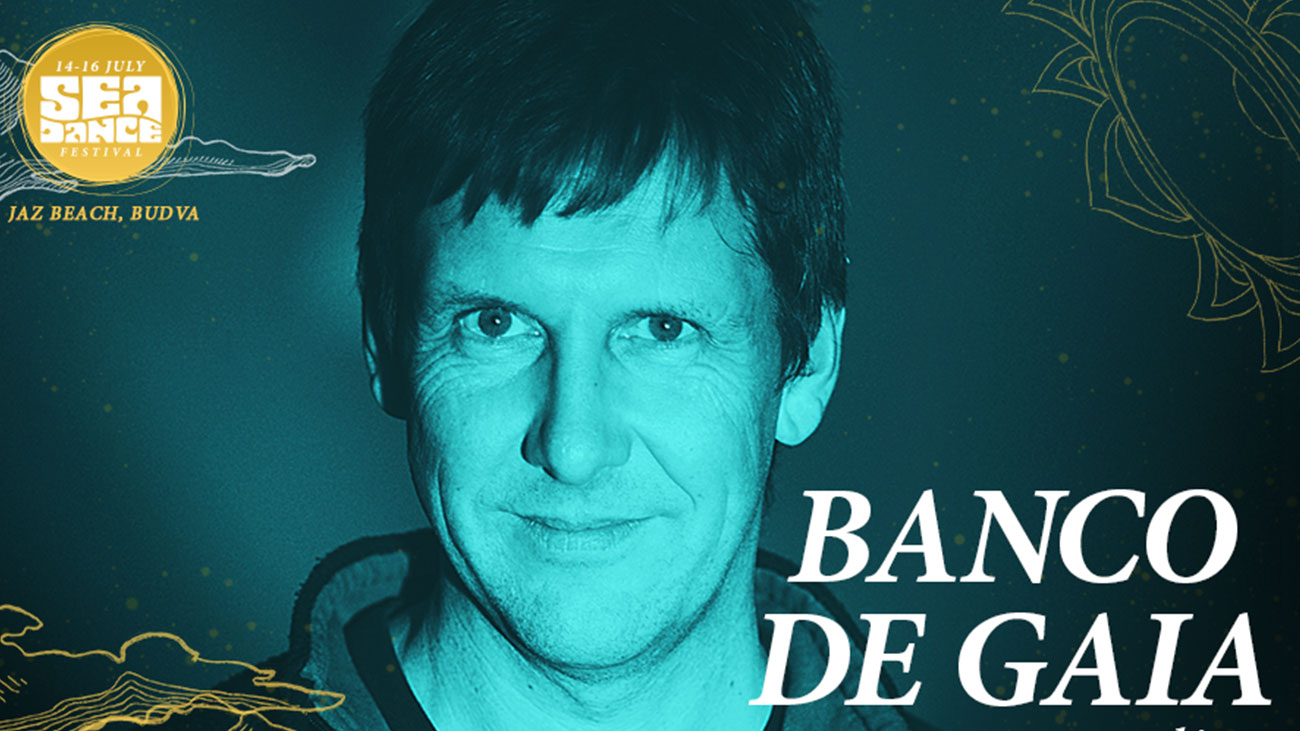 One of the pioneers of contemporary electronic music influenced by oriental and spiritual tones, Banco de Gaiawill perform at Sea Dance Festival’s Main Stage on 15. July. The master of blending the ethno with electronic to create amazing melodies of various chill-out, world music, ambient styles, is set to make a premier performance of some his latest work from the upcoming album “The 9th of Nine Hearts” at Jaz.

– Banco de Gaia is one of the first great international performers, a true artist who created an amazing concert at EXIT back in 2001, and already then announced, with his spiritual musical performance, the rise of the festival in Novi Sad to the very top of the world’s festival industry. It is my belief that his performance will bring the same artistic value to Sea Dance as well, along with the spectacular performances by world stars such as Skrillex and the Hurts, his perfromance will deffinately be among the best, esspecially for true music fans, who mustn’t miss this concert – said CEO and founder of EXIT Festival Dušan Kovačević.

This multitalented artist, who is still remembered for his unbelievable performance at the Exit festival’s first edition, will also perform this summer at the world-famous Glastonbury, renowned O.Z.O.R.A., and many other festivals. Among his 20 albums, “Maya” and “Last Train to Lhasa” set themselves apart by having legendary status across the independent electronic scene. Banco de Gaia will arrive at Jaz accompanied by his drummer and bass player who will create a magical and seductive atmosphere flavored by spiritual tones under the open sky, but also his video artist, who will add another, visual dimension to the entire concert. This year’s spectacular X-Bass lineup at Sea Dance Festival, led by leaders of bass music Andy C, Zomboy, Goldie, Shy Fx, and others, will be accompanied on 14 July by the amazing trio Cartoon. Energetic melodies from hit singles like “Why We Lose”, “I Remember U”, “Immortality”, as well as their latest track “Feeling (Piece of You)” will surely make the ten thousand-strong audience at Jaz dance till dawn.

Exit festival presents the most diverse and colorful stage - Fusion!