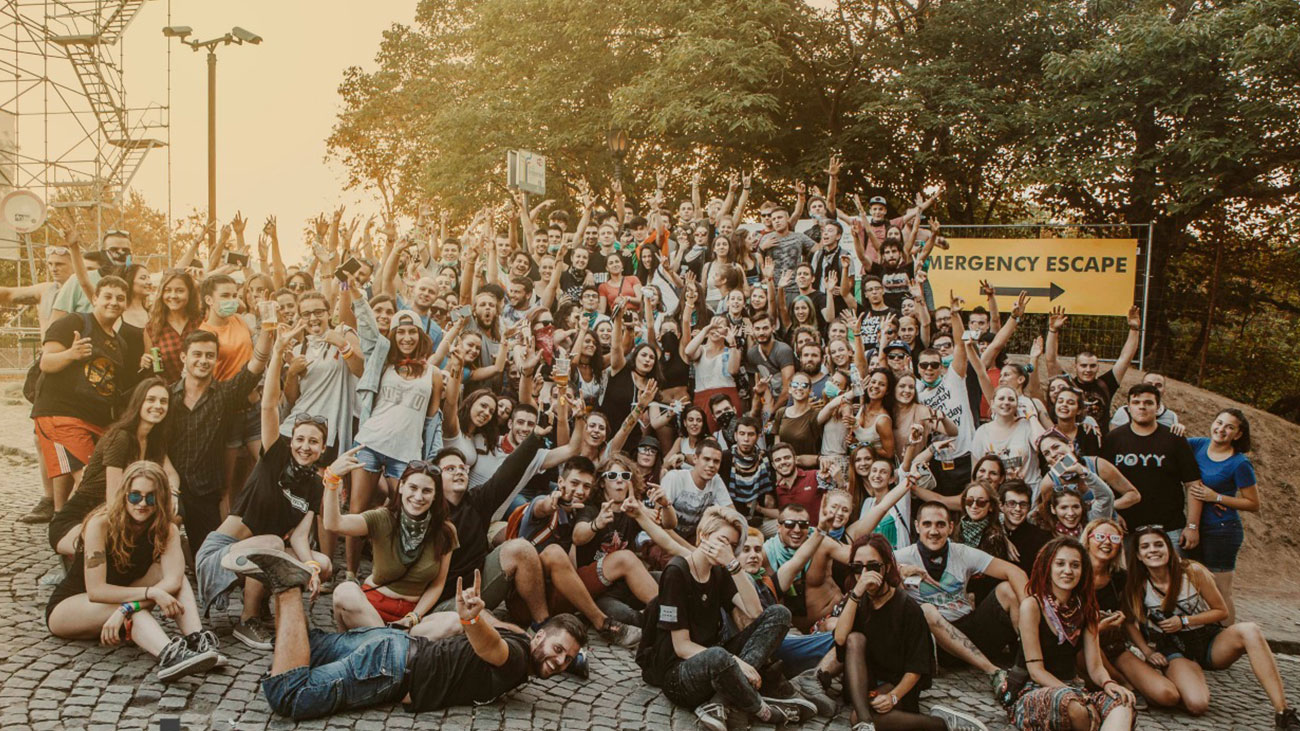 There are plenty of reasons to love festivals – great music, excellent program, traveling…But the thing that makes the festival worth my while is the atmosphere it creates. This is a story about a photograph that captured that atmosphere perfectly.

It is no secret that we love Exit. As a festival that celebrates freedom, love and quality entertainment – there’s not much not to love. This year’s edition of Exit under the slogan “Summer of Love” brought exactly that kind of people to Petrovaradin’s castle – freedom lovers, people full of love and in need of quality entertainment. The best example of that spirit is the photo that was captured at the festival’s very end, on Monday morning at 5:30am.

Orthodox Celts took the Fusion’s stage at 4:30am. Whole of crowd and I danced and sang with the sounds of music inspired by melodies of the Emerald Isle before leaving for the Dance Arena to officially close the 2017 edition of Exit Festival. As I was walking toward the Arena I saw a few people happily taking a goodbye picture as they were leaving the festival. I raised my camera and took a shot. This is what that shot looked like:

As I started taking the picture, a few people ran towards them so they would fit in the frame as well. I smiled and took a step back framing them a little better. But as I took a look through the camera’s viewfinder I saw more and more people coming into the frame. That made me laugh and I waived to everybody around to jump in the frame. In a matter of seconds a few people turned into a frame in which a 150 festival-goers were fitted eager to make a memory that’s going to last a lifetime. They say a picture is worth a thousand words – this one’s worth a thousand emotion’s too as well.

Energy, spontaneity and happiness such as this is what happens at Exit. Five days of summer of love on European’s premier festival of today was crowned by the most spontaneous and coolest photo I took lately. Exit festival, thank you for that, and we’ll see each other on the same place next year. Because Exit is not just a festival – it’s a state of mind.

Exit and Sea Dance festivals launched their after movie with a stunning 360 video!