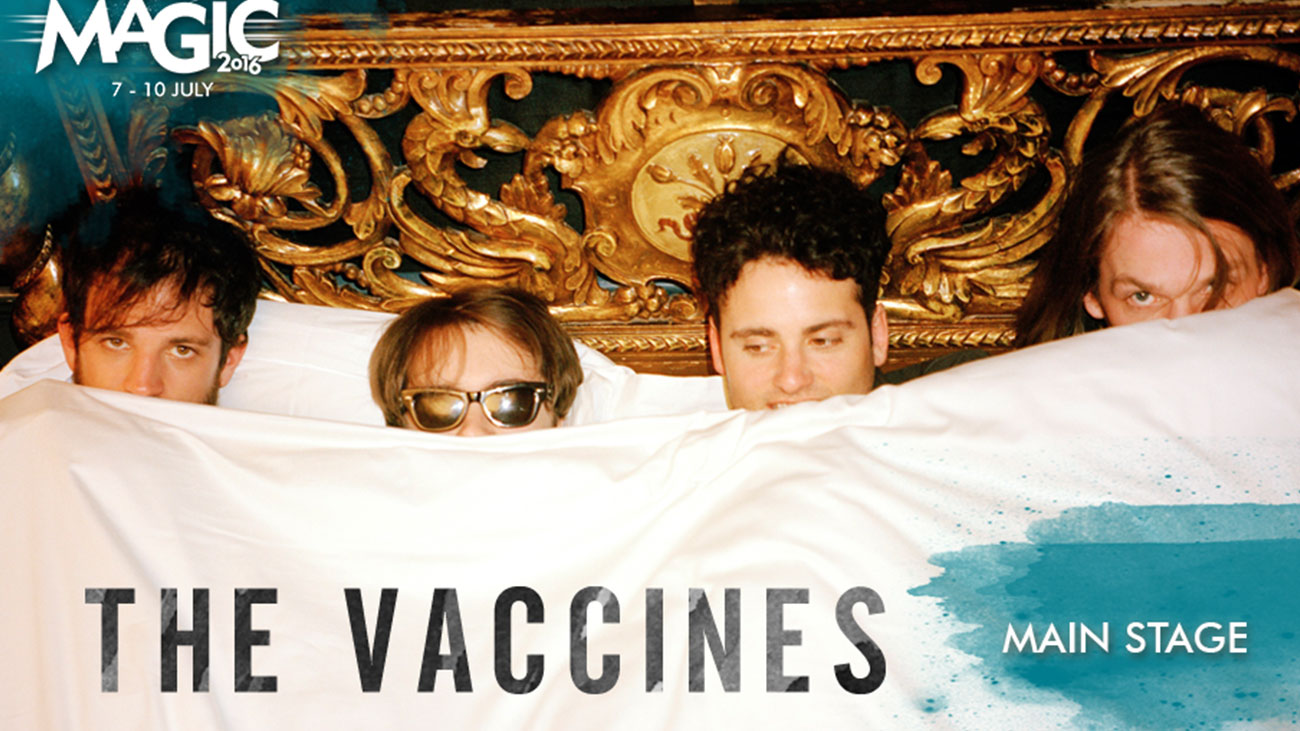 One of the best live bands of today’s rock scene, The Vaccines, will be premiering at Exit Festival on Saturday, 9 July. The furious London quartet stood shoulder to shoulder with the likes of Coldplay, Mumford & Sons, Muse, and The Rolling Stones as nominees for the Best Live Act at the BRIT Awards; furthermore, the band shared the stage with some of them as an opening act! The Vaccines are the 2012 winners of the NME Award for the Best New Band and they also won the Best Emerging Talent award at the 2011 Q Awards. The band’s debut album was the best-selling debut album of 2011, drawing comparisons to The Ramones and The Jesus and Mary Chain, while their second album Come of Age reached no. 1 in UK. They will be joined at Exit’s Main Stage by Tinariwen, a group of true rebels who switched their weapons for guitars becoming globally respected for their art as one the leading world music acts. The desert bluesmen are the Grammy winners for the Best World Music Album, openly admired by music giants such are Robert Plant, Thom Yorke, Henry Rollins, Brian Eno, and many others. New line-up additions also include Greek rockers Tuber, heavy Belgians The Black Heart Rebellion, as well as the New Zealand singer-songwriter Graham Candy.

The Vaccines are coming to Exit, with blend of retro surf punk, Ramones guitars and Everly Brothers pop hooks lines. Their fresh guitar sound and witty, modern lyrics very quickly ranked them as one of the most representative and contemporary acts on today’s rock scene. Their debut album “What Did You Expect from The Vaccines?” quickly achieved platinum status, and just eighteen months later, their release “Come of Age” charted at #1 in the UK. The Vaccines’ game-changing third album, English Graffiti has the elements of the old Vaccines, but their sonic palette is completely different, expressing, as frontman Young claims, “a sound that’s from the future”.

Tinariwen, meaning “deserts” in Tamasheq, started their career as a Tuareg rebels against the Malian government, only to get international recognition and support by the world’s biggest stars including U2, Carlos Santana, Robert Plant, Thom Yorke (Radiohead), Chris Martin (Coldplay), after releasing their 2007 album “Aman Iman: Water Is Life”. The band also won the BBC Award for World Music in 2005. “Tassili”, 2011 album brings the Saharan bluesmen the well-deserved Grammy for the Best World Music Album, whereas at Exit Festival the band will present their latest album “Emmaar”, released in 2014, which was recorded in an American desert where the band temporarily settled. The album brought the band a worldwide media coverage and recognition, with Rolling Stone, Le Monde, The New Yorker, The Times, and many others featuring the album on their pages. The fighters for the right of their people will share their blues with festival visitors about Tuareg rebellion against the government, Tuareg tribes and their adventures in the desert, the wars, but also the beauty of the desert, the sky and the lands, their blues as well as nostalgia of an old time.

Greek rockers Tuber transform their inspiration into a strong, firm psychedelic instrumental rock music based on a pure live performance. The Belgian Black Heart Rebellion are bringing an incredible mixture of styles and a freedom to intertwine various music directions, thanks to which the band’s fans always feel a new kind of energy. New Zealand sends its regards to Exit in the form of a 25-year-old musician and actor Graham Candy, who will enchant the Fortress with a burst of his strong indie-pop energy.

Important information in one place: All about EXIT Festival 2019