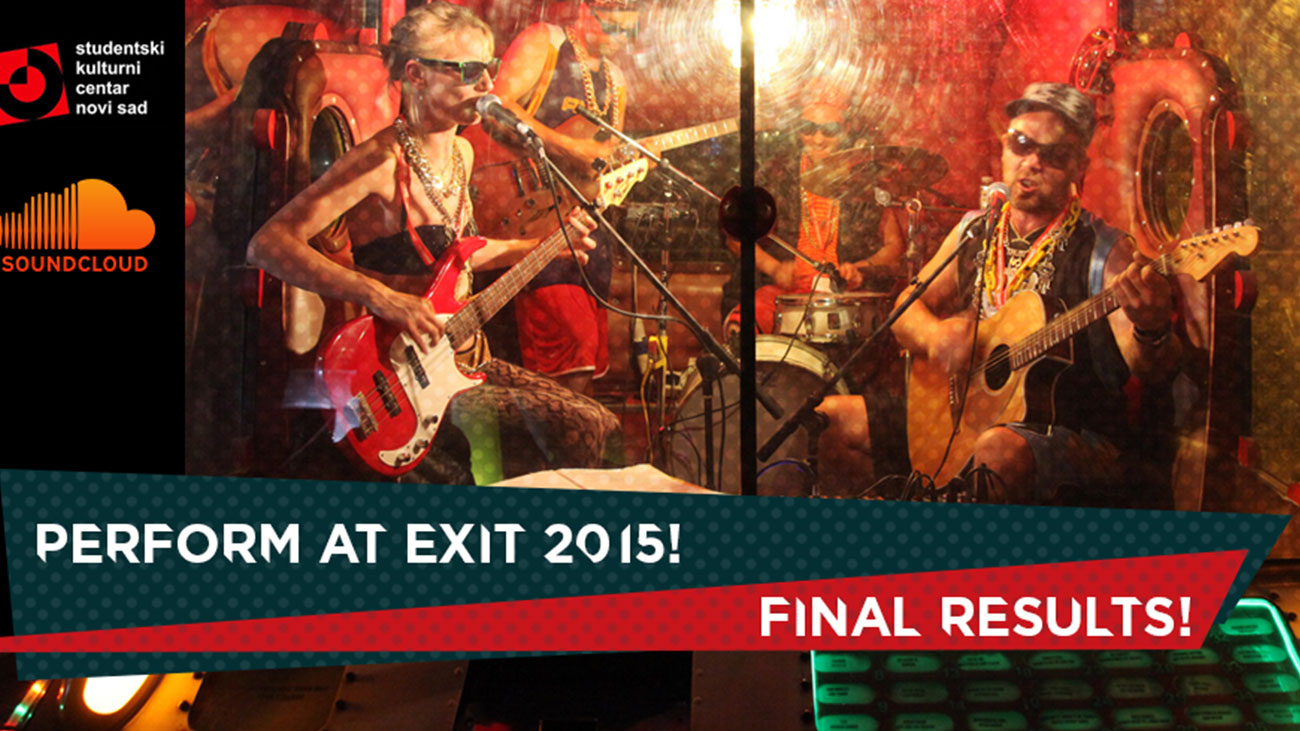 After a record number of applicants for the „Perform at Exit 2015!“ competition, the judging panel has had to select an astounding 43 winners, a decision based solely on the quality of the contestants this year. Exit and the Student Culture Centre Novi Sad, have together realised the biggest competition for emerging music talent yet. The winners this year will perform at the leading stages of the festival from 9 to 12 July. Two spots at Exit’s Main Stage fall to the Greek band 10 Code and the singer songwriter Sara Renar from Zagreb, Croatia. The Fusion stage will welcome Bobo Knežević and Cotomašina from Zagreb as well, with Kim Tamara from Šid, Omnibusi from Kosovska Mitrovica, and Plastic Sunday from Niš. The Explosive stage has also received additional reinforcements with the bands L.U.R. from Kragujevac, Them Frequencies from Sofia, Bulgaria, and No Limits from Koper, Slovenia.

The electronic music program at Exit has also received excellent reinforcement from this year’s competition. Thusly, the No Sleep Novi Sad stage will hold performances from Techa (Novi Sad), Ubivae (Novi Sad), Monosaccharide (Beograd) and Subview (Novi Sad). The trance stage has also selected its winning party from Belgrade, made up of Mali Buda, Stefan Zindović, Magnetik and Petar Burisha.

The judging panel is made up of the music journalist at the Radio Television of Serbia and author of the show „Bunt“, Branka Glavonjić; the music editor at MTV Adria and founder of the label „Lampshade Media“, Nikola Jovanović; the co-founder of Novi Sad’s „Concert of the Year“ and music editor at Radio Novi Sad, Obrad Boba Škrbić; the music journalist of the Radio Television of Vojvodina and author of the show „Gruvanje“, Dušan Majkić; and the program editor at the Student Culture Centre Novi Sad, Igor „Zgro“ Todorović. Beside the votes of the program production team at Exit festival and the judging panel, the audience also lent their voice this year via direct support at the music platform SoundCloud, which continues to additionally promote all applicants to the millions of its user, no matter the final outcome of the competition!