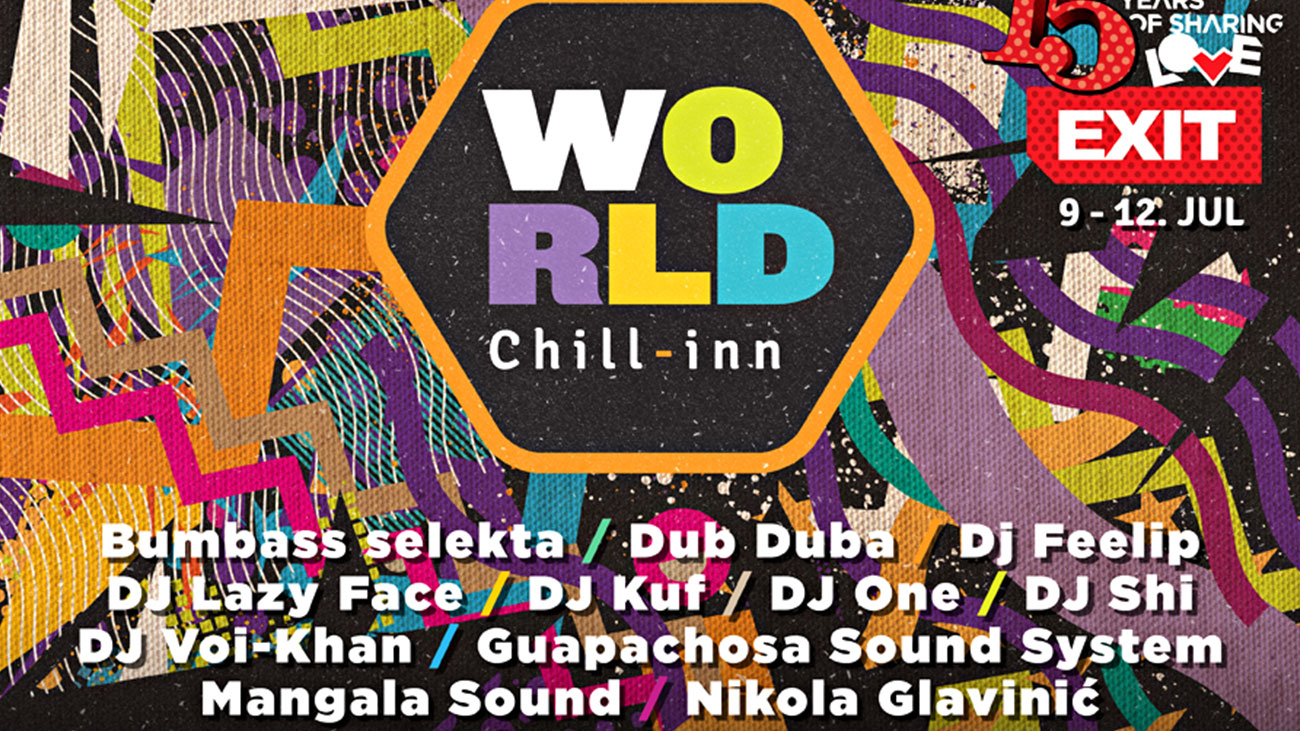 Only three weeks remain until the start of the bit summer Exit Adventure. Judging by the number of sold tickets and registered guests from all six continents, the interest for Exit and Sea Dance is at a record-setting high! Tens of thousands of visitors, who will be celebrating Exit’s 15th anniversary every evening, will be able to take a short break from the biggest stages and recharge in the ambient of one of the most hidden parts of Petrovaradin Fortress this year. The World Chill-Inn stage is surrounded by fiery and fierce riffs at guitar stages, yet tucked neatly in its own space and enjoys its own peace. A crew of experienced DJs and selectors who pick the music at this stage, is mostly made up of Novi Sad’s finest collectors of good, „World“ music. Some of them already work at radio stations, some are members of local bands, and some are residents at Novi Sad’s clubs, and all are announcing their best editions for Exit festival’s anniversary, to be held this year from 9 to 12 July.

Presenting his music selection will be Lazy Face from Bulgaria, and founder of the most listened to reggae show at the Bulgarian radio „Jamaican airforce“. He’s joined by the young duo Guapachosa Sound System, from Mexico and Novi Sad, who are preparing to take over Spain after making short time of penetrating Serbia. There’s also Mangala Sound from Belgrade, also known as Government 4000, who make unusual and euphoric bass sets with a taint of world-music styles. The host of the stage and selector for each day is DJ Voi-Khan, also known as MC Killo Killo, and there’s also the Bumbass selekta, DJ Luigi, Nikola Glavinić, DJ One, DJ Feelip, Dub Duba, Rashomon Selecta, DJ Shi and DJ Kuf. The music that the experienced city slickers pick for „chillers“ will be expertly dosed so it keeps the party pulsing within you, but in an unobtrusive and unaggressive way, much like those great parties with your crew in the woods, or some other outdoor space that does not have the need for huge decibels. The chill space will feature Kumble, African, and Latin rhythms, retro and ruts variants of reggae and funk, and a lot more variations and fusions that’s offered by the „World Music“ genre. With unobtrusive lighting, and a few fire dances by professional fire breathers, the visitors will be able to recharge, and their legs will get newfound strength to continue to enjoy the festival adventure.

HEMI Music Awards 2021 announces the 9 finalists: Serbia is presented by Dogs In Kavala!