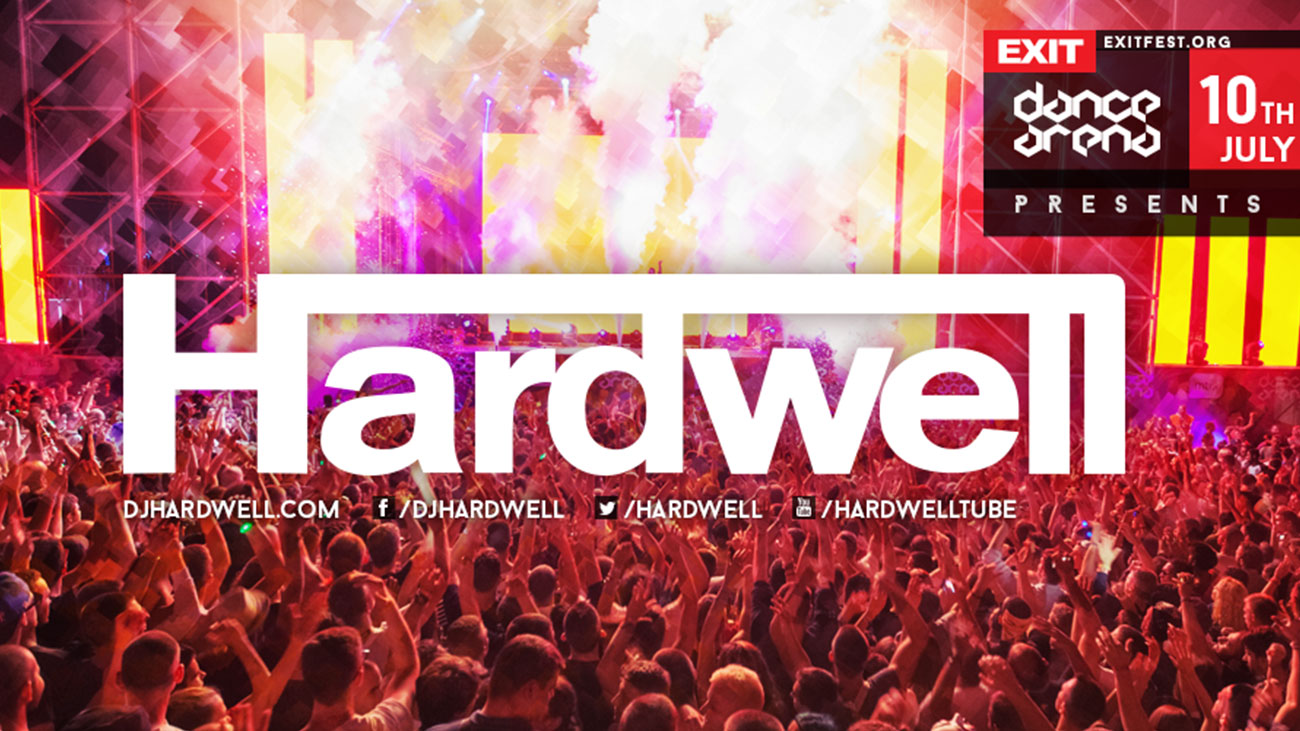 Global superstar Hardwell will perform at EXIT Festival for the first time on Friday, 10th July, as part of the world live tour promoting his new album United We Are. Dutch top-selling hit-maker remains supreme at the global Top 100 DJ rank list for a second year in a row, being the youngest ever to hold the coveted World’s No.1 DJ title. Direct streams of the spectacular live shows where Hardwell takes over the biggest festival stages on the planet, along with music videos and a video blog, well exceeds half-billion YouTube views! The unprecedented success story at the electronic scene doubles as a phenomenon which echoed through the world music industry. In the last couple of months, his producing skills have been in demand by the biggest global stars such are Rihanna, Coldplay, Ellie Goulding and 30 Seconds to Mars. Along with popular remixes, his true stardom was built by the hit singles „Spaceman“, „Countdown“, „Jumper“, „Apollo“, etc. Hardwell’s new album „United We Are“ got outstanding reception featuring another streak of hit singles such are „Young Again“, „Arcadia“ and the latest single „Sally“ with just released following video.

You can watch the official trailer for the “I am Hardwell” documentary at this link.

Robbert van de Corput began with piano lessons since he was 4 years old, clearly voicing his dream of becoming a DJ when he turned 11. At almost unbelievable age of 13, this music prodigy from the town of Breda, released his first record, having people dance to his tunes at the finest clubs in Netherlands for the following years. During one of his TV guest appearances when he was just 16 years old, answering to the host’s question about lifetime dream, Hardwell was swift to state his wish in becoming the No.1 World DJ. After series of success and a hit single collaboration with his mentor Tiësto, the acclaimed DJ Mag Top 100 DJs list welcomed his debut at high 24th place in 2011, only to have him rise to the star-forging 6th spot a year later. One big teenage dream comes true at 25, when Hardwell becomes the officially most-demanded DJ and producer in the World in 2013, to remain at the top in 2014 as well!

What truly sets Hardwell apart as a modern music phenomenon are his impressive live acts, streaming directly to the multimillion audience reaching numbers of some the biggest sports events. During one stream, an unfathomable 20% of Twitter’s traffic was devoted to his name, and he was featured as a trending topic all over the world. Twitter buckled under this heavy load and even had to shut down temporarily! Hardwell will hold a performance of exactly this magnitude at the peak of his popularity in Novi Sad, at the unique mts Dance Arena, much to the mutual joy shared by his fans who have pushed him forward as the most-wanted DJ in EXIT’s polls for the past two years.