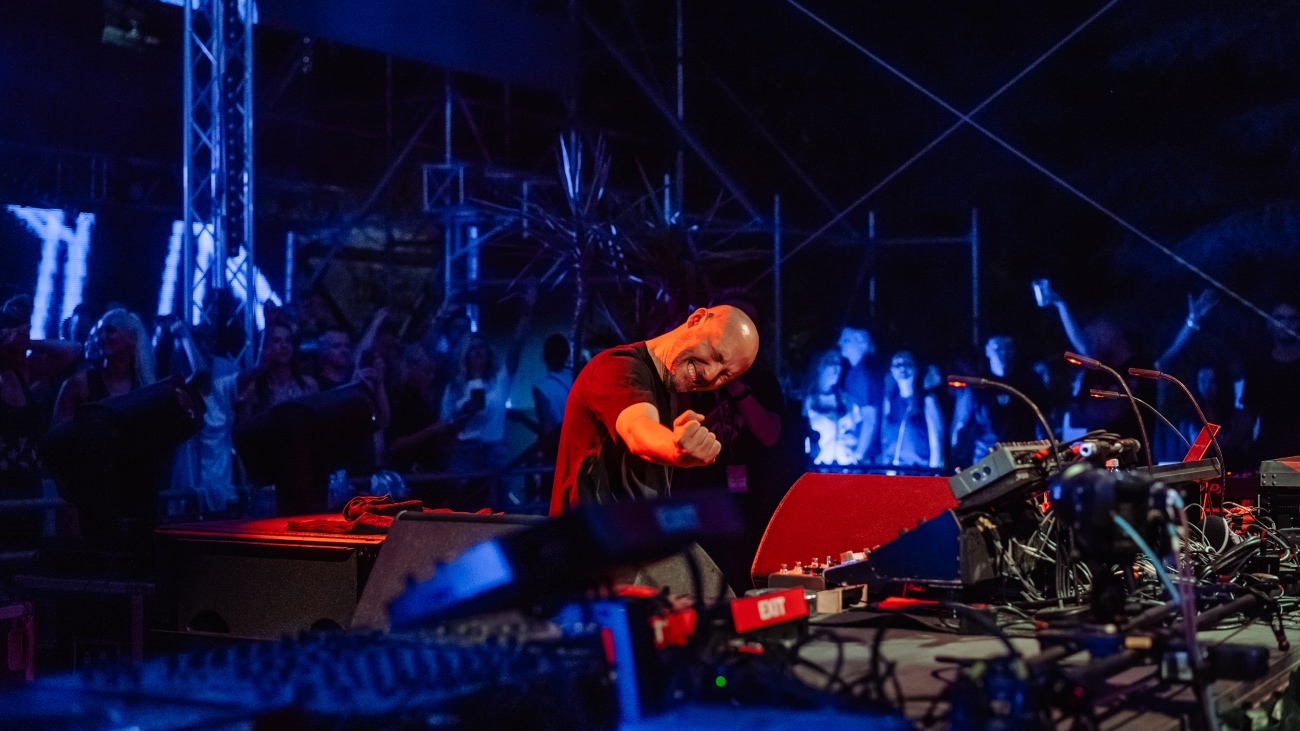 Paul Kalkbrenner’s performance at EXIT was his first after 18 months. The night in which he stood behind the decks at the fascinating mts Dance Arena, and after a year and a half touched the hearts of tens of thousands of fans in the trench with his magic, will be recorded in his new video, as a kind of diary of a return to normal life.

Just as the celebration of the 20th anniversary of the EXIT festival, for more than 45,000 people, will be a memory of the four days in July, the first after 16 months, in which they could freely and safely celebrate life. News of this is spread by the most influential media on the planet. One of them, the world’s leading music authority Billboard, pointed out in all caps: EXIT goes down in history as the first major European festival since the beginning of the pandemic.

Stories from the first two days and nights abound. The loud girls from the band Nemesis delighted the headliners of the Main Stage, Sabaton, so much with their performance last night that immediately, backstage, they received an invitation to perform at the heavy metal legends’ festival, to take place in August 2022, in the Swedish city of Falun! The Swedish heavy metal gods deserve special recognition from Exit because they are among the few famous bands to go on a European tour following the pandemic. They included Novi Sad, and the city reciprocated with wild energy!

One of the first night’s headliners, the great Belgian techno DJ Amelie Lens plastered her Instagram with photos and videos, including posts with up to six exclamation points, such as “So, this happened last night!!!!!! “. On the way to the hotel, Amelie and her manager were recognized by fans, offering them a lift, and soon an Instagram Story was published of them driving through the city.

Jelena, who has been to every edition of the festival so far, did not miss the celebration of two decades of EXIT either. Yesterday, despite being nine months pregnant, she enjoyed the show at her favourite Visa Fusion stage. The great Roni Size, EXIT’s first international headliner, also posted about his new encounter with the Fortress saying – “20 years later we remain greater!”

The third day of the EXIT festival, traditionally the most attended, will be brought to a boiling point by a superstar line-up of Robin Schulz, Asaf Avidan, Satori Live, and Paul Van Dyk. They will be preceded by Remedy and the band that has performed at every EXIT so far, the legendary Obojeni Program.

Just a few hundred meters away as the crow flies, the mts Dance Arena is preparing something extraordinary. Meduza, Honey Dijon, Hot Since 82, and Boris Brejcha bring an eclectic mix worthy of celebrating the great anniversary of the two-time European festival champion to the world’s most famous dance floor.

The Visa Fusion stage will be divided into a fierce guitar line-up featuring E-Play, Dram, Deaf Radio, and Deep Steady, and a trap/hip hop part of the evening with Elon, Apollo Showcase, and Sunshine.

No Sleep Novi Sad presents the best of alternative electronic music via performances by local and international artists such as Dejan Milićević, X-Coast, Roman Flugel, and Adiel.

EXIT has published the official procedures for entry to this year’s edition of the festival on its website. Entrance to the Fortress from 8th to 11th July will be restricted to those who either hold a Digital Green Certificate, meaning they have been vaccinated or had COVID-19, and those who can present a negative rapid antigen or PCR test. EXIT has provided free rapid tests for ticket holders at the Novi Sad Fair until the last day of the festival, while those entering with invitations will be able to do these tests at Aqualab and Jugolab laboratories throughout Serbia, and Medlab and Biotest labs in Novi Sad, with whom EXIT arranged cooperation through privileged prices for festival attendees. The “Safe events Serbia “safety protocol, in accordance with the latest scientific research, will make summer festivals in Serbia the safest gathering places in the country, far safer than various other celebrations, shopping malls, cafes, and other gathering places where such rules do not apply.