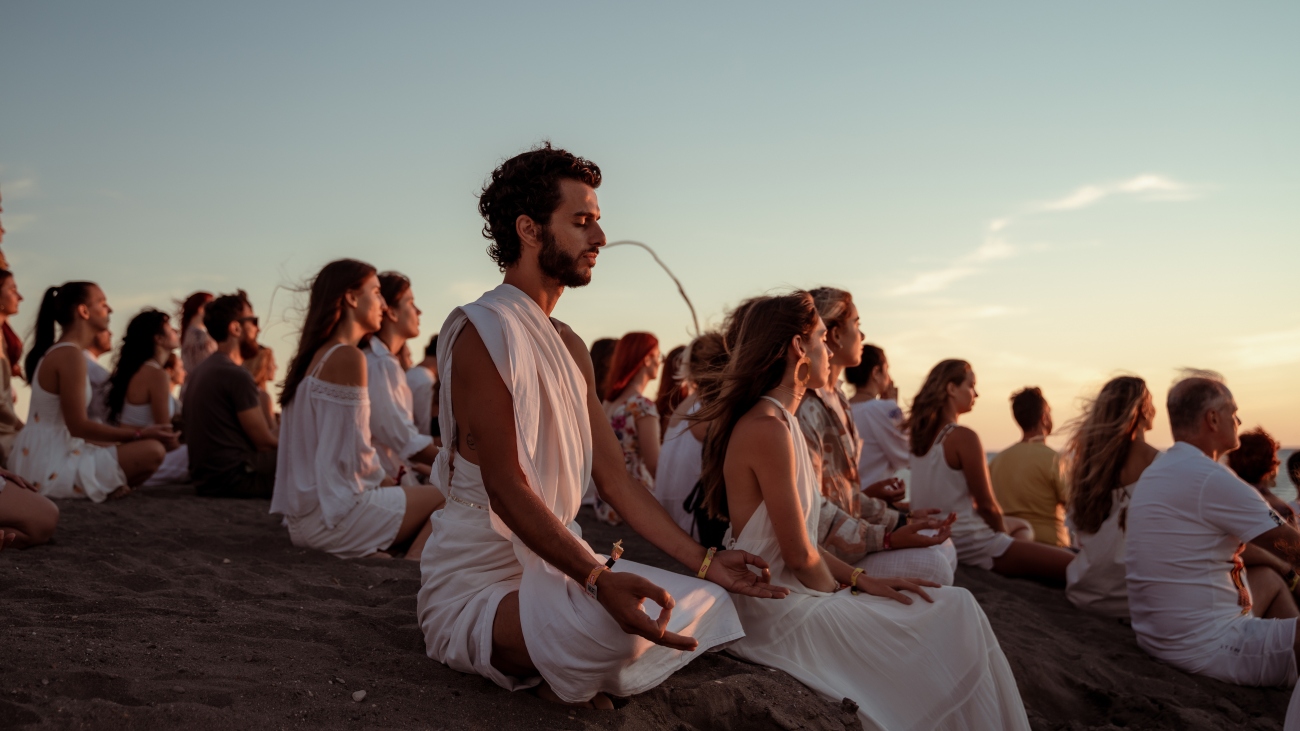 The festival gathered about 500 people from over 50 countries over the previous six days. The festival’s participants and volunteers cleaned almost a kilometre of coastline and collected over a ton and a half of small and large waste, packed in about 140 sacks. With this environmental campaign, supported by the City of Ulcinj and the Ulcinj Riviera, the festival’s organisers and participants sent a message about the necessity of preserving this precious ecosystem, as well as the environment as a whole. This was also the first campaign of the newly founded Association for the Protection of Ada Bojana, which already gathered hundreds of lovers of this unique ecosystem from the region and the world. The festival’s organisers, lecturers, and visitors, also expressed their gratitude to Ada Bojana, which was their home in the previous days.

Although the goal of the cleaning operation was to remove the landfill which formed at the mouth of Bojana near the Albanian border, due to strong wind and waves it was not possible for fishing boats to reach the area, so the festival’s participants and volunteers focused on the part of the beach next to the resort and thus carried out the clean-up in a somewhat modified form.

The director of the festival and a great lover of Ada Bojana, Dušan Kovačević emphasised the importance of this campaign and put forth an initiative to make it a tradition: “Unfortunately, during the previous years, so much garbage accumulated on the shore of Ada Bojana that even 1,000 sacks would not be enough to clean this area up completely. This campaign, in addition to its concrete contribution to cleaning, is also important for raising awareness about this problem, as well as about the problem of erosion and the disappearance of the island. In a conversation with the competent authorities, it was agreed that the campaign would become a tradition and that it would be held at least several times a year.”

Precisely 143 bags of waste collected by the festival’s participants and volunteers on Sunday were picked up from the beach yesterday by the workers of Ulcinj Riviera and “Komunalne Djelatnosti” – Ulcinj.

Over six incredible days, the Ada Divine Awakening festival gathered more than 40 lecturers and about 400 participants in an intensive programme divided into five festival zones. The workshops “Conscious Parenting,“ “Trauma and Relationships,“ “Manifesting Your Dream Life, “Opening Up to Vulnerability,” “Healing Five Childhood Wounds, “Conscious Dancing,“ and many others led the participants on a journey of strengthening their own intimacy, finding tools for healing traumas, easier understanding and sharing of emotions, improving partner relationships, and finding love within oneself. Devi Mohan, Henry Amar, Gina Ora Yoli, Mayara, Aviv Shalem Asis, Hannah Knight, Xavier De Forceville, Aaron Kleinerman and Luba Evans were just a few of the guest lecturers at the festival.

The first evening of the musical part of the programme was marked by the performance of the masterful Božo Vrećo, who overwhelmed ADA Temple with energy and emotion. Aside from him, the music programme consisted of Praful, Una Senić, Joseph Pepe Danza, Ana & Lavamamana, DJ Lidor Hacohen, a special performance by Katarine Bogićević Kejt and the incredible LAOR, who concluded the last night of the festival with a “Hymn To The Soul” the visitors found themselves united in emotion and embrace after a multi-day mission in which they regained their power.

Two Cacao ceremonies, morning yoga, sunset meditations, and a fantastic Fire Show by the Chilli Mayo duo also contributed to the festival magic. The visitors reached the zenith of emotions during the wedding of festival participants Marko Perović and Vanja Bantulić, who exchanged tears, hugs, and the fateful “Yes” on the last day. This was another in a series of events that closed this year’s edition of the festival with love.