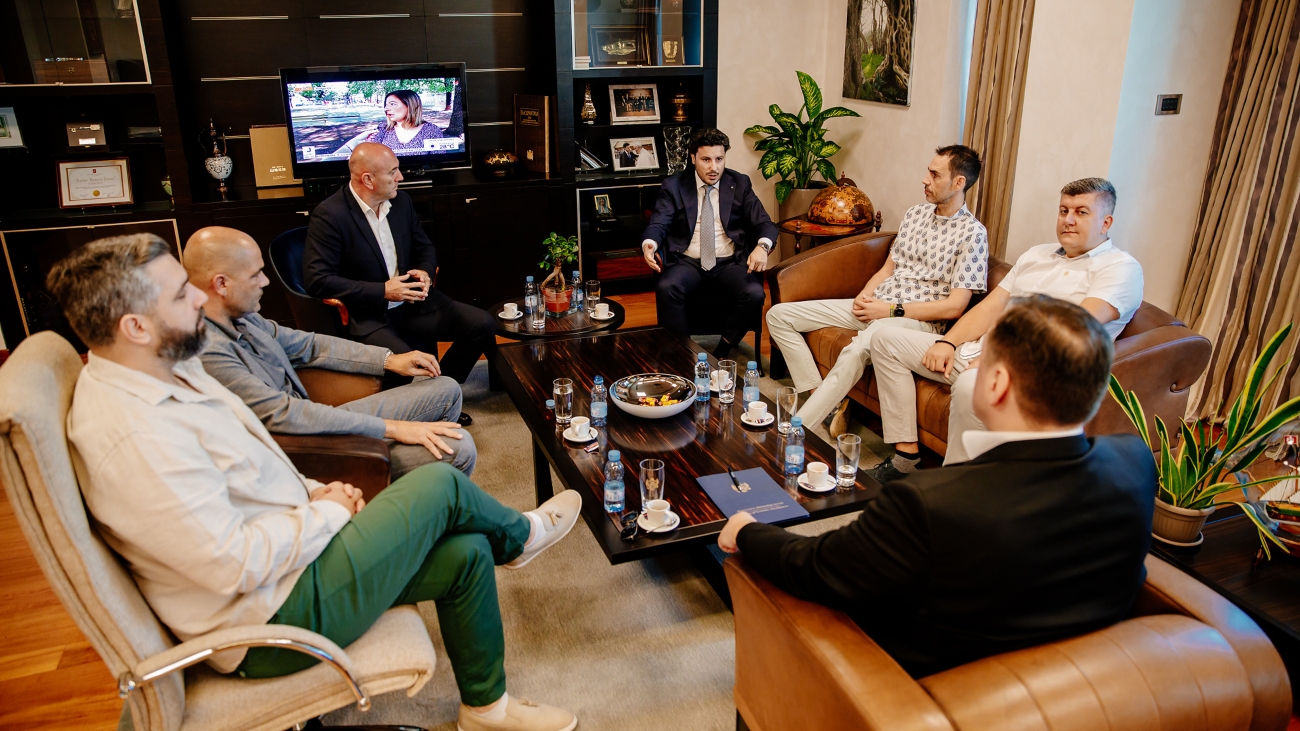 The meeting highlighted the exceptional importance of the Sea Dance Festival for the international promotion of Montenegro’s tourist offer, as well as the goodwill of the Government and the Municipality of Budva for the long-term support of the festival.

“The Government of Montenegro strongly supports the Sea Dance Festival and is taking steps to overcome the problems we faced this year. The fact is that we have to find a long-term cooperation model so that we can support not only Sea Dance but also other festivals and event organisers in Montenegro.” – Prime Minister Abazović said at the meeting.

The long-term cooperation model between the Government and the Festival will significantly improve the quality of its promotion because the length of the campaign will extend to 9-12 months, as opposed to 2-3 months before the event itself, as was the case in previous years. This will directly lead to a significant increase in the number of foreign festival-goers who plan their festival trips during the winter. The stability that Sea Dance will get by establishing a long-term cooperation model with the Government of Montenegro will inevitably result in an increase in the number of stages and performers and the overall production value of the festival.

“We believe that establishing long-term cooperation will improve the festival’s quality, both in terms of its promotion and its overall production value. For instance, when we signed a long-term agreement with the government in Serbia regarding Exit, this festival received the necessary stability that led to two Best European Festival awards, as well as a record number of tourists who spend 15-20 million euros each year in Novi Sad. We are sure that, with the long-term support from the Government of Montenegro and the security that this support brings, future editions of the Sea Dance Festival will exceed all expectations.” – said the founder of EXIT, Dušan Kovačević.

The Sea Dance festival has so far brought over 50 million euros into the Montenegrin economy, while the marketing value when it comes to promoting the destination, which was advertised by some of the world’s biggest stars such as David Guetta, Jamiroquai, Skrillex, Prodigy and many others, is priceless. The most influential global media outlets such as the London Metro, Daily Mirror, Daily Express, CNN, Guardian and New York Times have promoted the Sea Dance festival as one of the best music festivals in the world and an excellent place for a summer vacation for young people.

This year’s edition of the Sea Dance Festival, which will take place from August 26th to 28th on Buljarica beach, will feature some of the biggest musical names from Europe and the region: leaders of the global electronic scene Nina Kraviz and Anfisa Letyago, some of today’s leading hitmakers including Shouse and Mahmut Orhan, the most sought after act in the Balkans Ana Đurić Konstrakta, Eurovision winners KALUSH Orchestra, one of the region’s biggest bands in the last decade Dubioza Kolektiv, Balkan trap queen Senidah, controversial Mimi Mercedez, rap sensation Crni Cerak and many others, with new acts to be announced soon.

Tickets are available on the here , as well as through the sales networks in Montenegro and online.