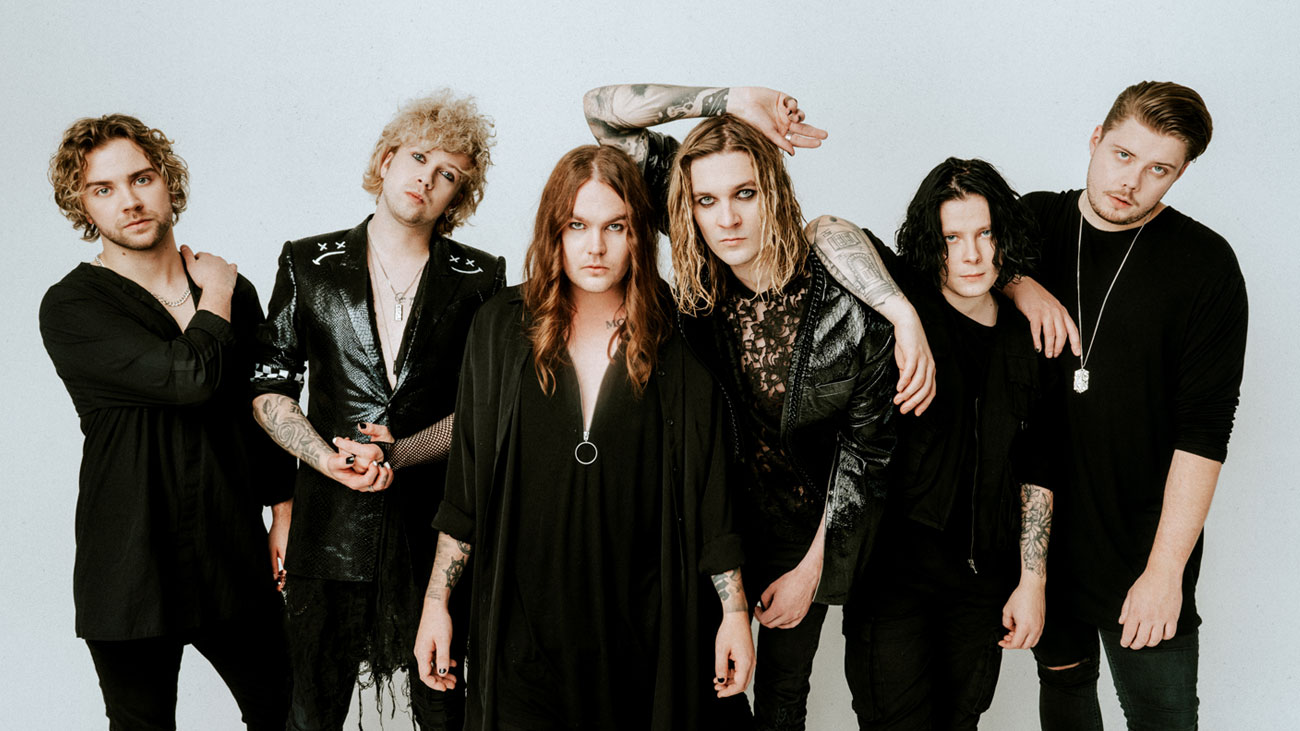 HIM influenced entire generations of listeners, and the much-adored Ville Valo came to the Main Stage in 2006. The same year, the metalheads from the same country, Lorde, won, quite unexpectedly, the Eurovision Song Contest in their “monster costumes.” When Blind Channel appeared at the same event in 2021, the European (and Australian) crowd instantly recognised the vibe and danced to the hit “Dark Side.” They finished sixth, justifying the Finns’ reputation as unusual yet brave participants in this colourful festival.

This year, along with the Eurovision audience favourite, Konstrakta, Blind Channel is coming to EXIT to continue where Phil Anselmo and Sabaton left off in 2019 and 2021, respectively.

Some call Blind Channel a nu-metal band, comparing them to Linkin Park, while more “orthodox” fans of hard sound say they are post-hardcore. The band members call their style “violent pop“, and they formed the band in the city of Oulu, on the very border of the Arctic Circle, where there is no shortage of snow.

The band was founded in mid-2013 by classmates Joel Hokka and Joonas Porko, who at the time were in what they describe as “rival bands” and decided to join forces.

Niko Moilanen suggested the name Blind Channel as an ironic illusion to MTV since they all watched MTV as kids and dreamed of becoming musicians. Then MTV stopped playing music and shifted to reality shows, thus becoming the “blind channel.”

The band released their debut single, “Save Me“ (along with an accompanying music video), in October 2013. They had their first live show at a small rock club in Oulu in late 2013 before releasing the EP “Antipode“ on 21st March 2014, featuring the singles “Naysayers“ and “Calling Out“. They soon released the EP “Foreshadow“ in October 2014, and their debut studio album “Revolutions“ was released in September 2016 and included the singles “Unforgiving“, “Don’t“, “Darker Than Black“, “Deja FU“, and “Enemy for Me“.

The band continued their tour in Finland and the surrounding countries. As atypical metalheads and self-proclaimed pop musicians, in March 2017, they released a cover of the hit single “Can’t Hold Us” by the American hip-hop duo Macklemore and Ryan Lewis.
Their most successful and most personal album was released on March 6th 2020, with the name “Violent Pop“, which they would later use to define all their music. Clearly, the timing could not have been more unfortunate. Ten days later, the whole world, including Finland, shut down. Their promotional tour was cancelled, and they started doing streaming shows, while in a short-term lull during the summer, they released a power-pop (or violent-pop) cover of Anastasia’s hit “Left Outside Alone“. They performed the nu-metal song “Dark Side“ in front of hundreds of millions of viewers in Rotterdam in May 2021 and won their hearts — they were 4th in the audience vote. This brought them invitations to numerous festivals, including EXIT 2022!

They are considered valid and faithful “Finish heirs“ of Nightwish and HIM, and their 4th album “, Lifestyles of the Sick & Dangerous”, will be released on July 8th, during EXIT!