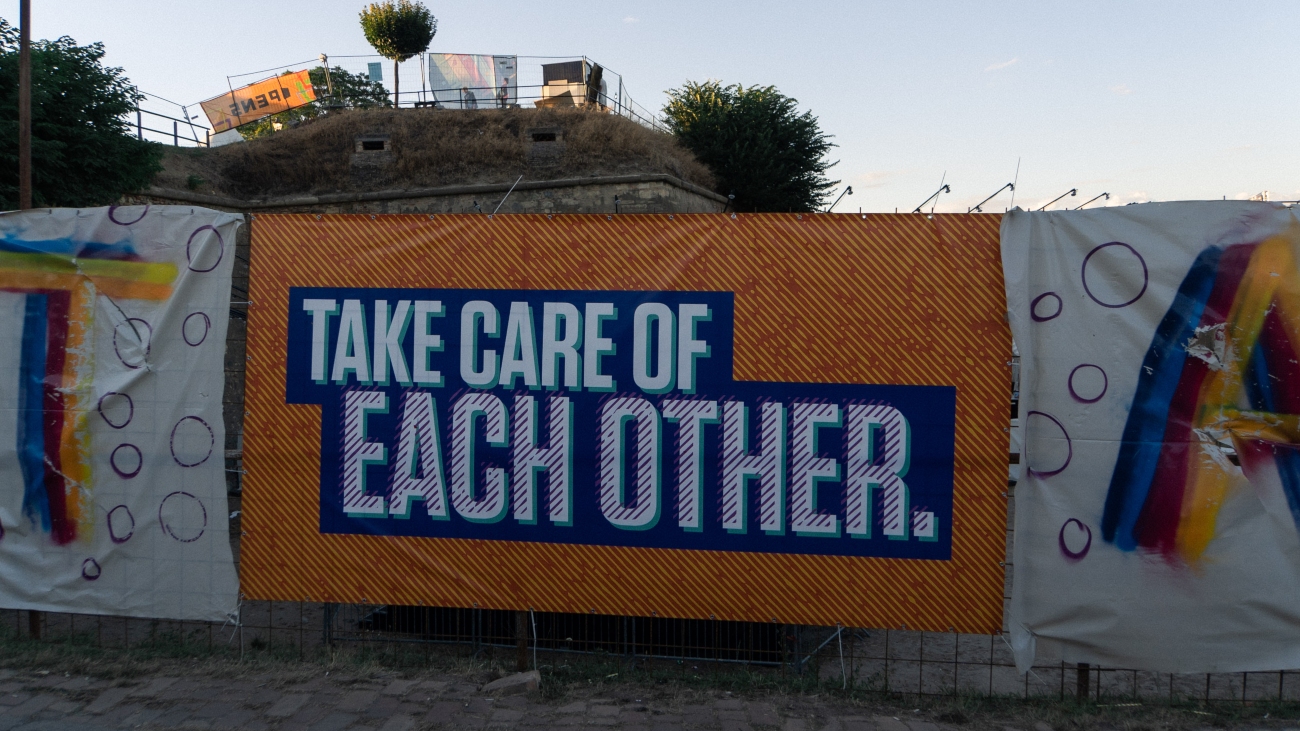 These are just a few of the many motivational messages visitors to the EXIT festivals encountered throughout the Petrovaradin Fortress. The topic of mental health has been a part of the festival for years, and this year EXIT painted the walls of the Fortress with words of emotional and psychological support, while the messages were also presented on the screens of the big stages.

The EXIT Festival and its entire organisational team have been on a mission to preserve fundamental human values such as peace, love, and unity, with a particular focus on caring for the individual. Bearing in mind the pronounced impact that the pandemic, the economic crisis, and the war in Ukraine continue to have on humanity, during this year’s EXIT Festival, the organisers tried to be there for visitors more than ever and pay special attention to mental health.

The goal is to show that we are together and are there for each other. Motivational messages were one way for EXIT to advocate an attitude that it is nice and cool to be compassionate and take care of others, as well as that such behaviour is desirable. Many people encountered anxiety, fear, depression, loneliness, and other related difficulties in the period behind us. This is precisely why the EXIT festival further strengthened its relationship with the “Srce“ centre, with which it has cooperated for many years, bringing more mental-support locations to the Fortress, namely at the Foodland, the OPENS State of EXIT zone and in the EXIT camp.

The goal of the messages posted and broadcast throughout the festival was to encourage people fighting internal battles to feel accepted and seek psychological help if they need it.

Although the EXIT festival resonates with music, smiles, and positive energy, it is human nature to feel the complete opposite of that sometimes. In such moments, it is essential for people experiencing inner turmoil to know they are not alone and that the problem is never too big to handle.

The motto of this year’s edition of the festival was “Together. Always!“ emphasising that the EXIT community is connected through love, understanding, music, tolerance, and acceptance of diversity. These messages were posted at the festival to show visitors the importance of togetherness and mental health, that it is okay to ask for help, and that they are not alone in their problems. Empathy and togetherness should always go hand in hand because that’s the only way they have the power to make reality better through conversation, support, compassion, and the exchange of thoughts.

The “Mental Health“ zones at the festival served as places to discuss problems openly and as information desks covering various mental health-related situations. Whether it was a feeling of anxiety to a lack of information, not knowing the festival area, or lost belongings; a state of loneliness because one’s crew split up; panic attacks or social anxiety caused by crowds – “Mental Health“ zones are places where discomfort dissipates, and problems become solvable once again.

It is worth noting that EXIT is the only organisation in the music industry with two mental health experts on the team throughout the year. During the festival days, other psychologists and psychotherapists join in supporting the organisers and performers whenever needed.