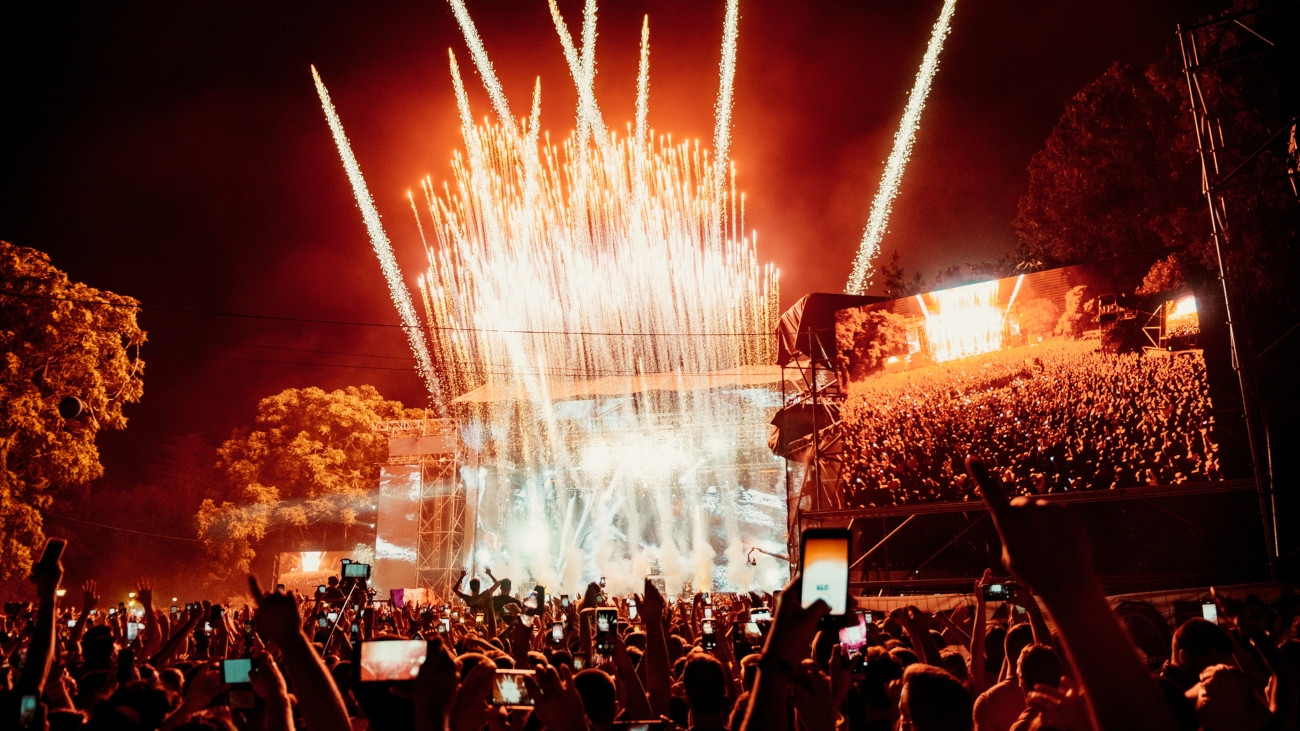 One of the most successful, sought-after, and most popular DJs/producers of all time, Calvin Harris, and the embodiment of rock’n’roll, an artist who has profoundly influenced pop culture history — Nick Cave with his band The Bad Seeds! These music giants continue the tradition of A-list stars performing at EXIT, following the likes of The Killers and The Cure. Nick Cave and Calvin Harris, two megastars in EXIT’s line-up this year, are yet more evidence of the festival’s continuous growth.

Saturday’s headliner Calvin Harris is an artist with one of the most impressive music careers of all time. His five albums have redefined modern music, and through singles, collaborations and remixes, he has inspired future generations of producers. Many public figures have confirmed their attendance at his first, long-awaited performance in Serbia.

Calvin Harris is “a man holding some incredible records. He has nine #1 hits on the BBC Chart from just one album. Not even the Beatles had that“, explains Nemanja Kostić, the CEO of Play Radio. His colleague, radio-show host Luka Matić points out that, after years of waiting, everyone is excited about Calvin’s arrival because he is “a world-class star” and because we “deserve shows like this in Serbia“.

Basketball player Nino Čelebić will not miss out on this year’s EXIT because he also wants to hear one of the best producers in the world. At the same time, radio host Vojkan Bećir points out that Calvin Harris “redefined not only club sound, but also pop music in general“, seeing as in the last ten years “, his songs were all you could hear on the radio“, highlighting collaborations with Rihanna, Ellie Goulding, Dua Lipa, Rita Ora.

On Nick Cave: Rock’n’Roll Deity with Concerts to Remember

Fans of the guitar sound are eagerly awaiting the performance of one of the greatest rock poets in history, Nick Cave, who will come out on the EXIT Main Stage on Friday, July 8th. He has a cult following worldwide, with fans considering him a musical deity. Concert promoter and music critic Dragan Ambrozić emphasises his greatness by saying that he has been “the definition of art in rock’n’roll for 40 years “ and that “his poetic achievements have been the most important contribution to rock music in the 21st century“. Music critic Zorica Kojić defines him as a “true rock ‘n’ roll deity.“

Cave’s recognisable style, which has changed over the years, both in terms of sound and in terms of his approach to creating songs, is described by the editor and host of the show “Bunt” Branka Glavonjić as “brutal and ruthless on the one hand and highly sensitive on the other,“ while Nenad Kuzmić, music editor of Radio Beograd 202 adds: “he has that note — dark, but perfect.“

They have all announced their arrival at the Fortress, because anyone who has heard Cave once wants to listen to him again. According to Zvonimir Đukić Đule from the band Van Gogh, Cave is “a man who creates unusual spectacles and truly memorable concerts,” while others predict that this performance will be an unforgettable emotional experience and a concert that we will watch with eyes wide open from beginning to end.

Also, they will not miss the performances of other bands, whose numbers this year make the guitar programme of EXIT on several big stages look like a “festival within a festival.” There are the indestructible grindcore pioneers Napalm Death and the cult Sepultura who, according to Dragan Ambrozić, are “the definition of noise in rock’n’roll“, living punk legend Marky Ramone, fierce veterans The Exploited, global attraction She Past Away, the favourite punk bands of many generations – The Undertones, Tankard, Incantation and many others.