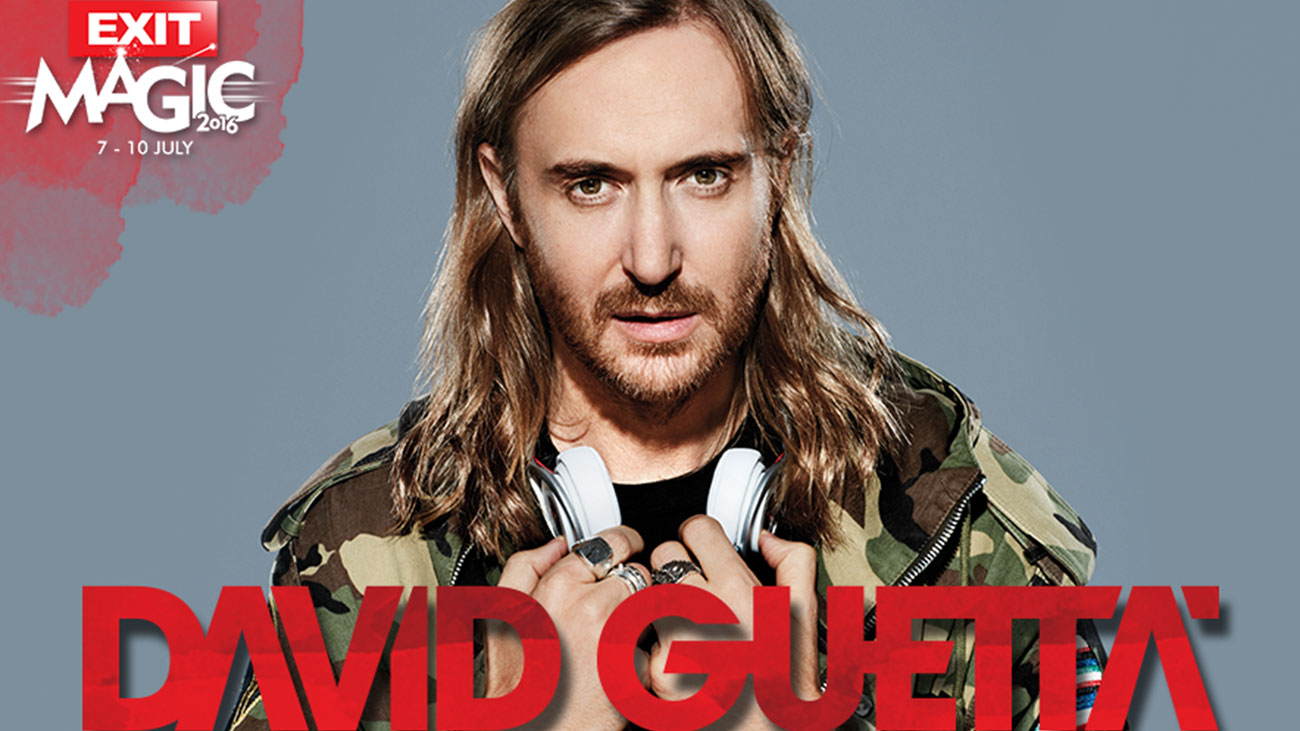 The world’s most influential music producer and DJ, David Guetta will perform on Friday, 8 July at EXIT Festival! The name behind the anthem of the impending UEFA EURO 2016, is set to arrive with a bang – one of the biggest productions of his career. The facts about his leading position in the music industry speak for themselves: Guetta has over 9 million albums and 40 million LPs sold worldwide behind him, with several billion sales through streaming services, and 4.3 billion views on his official YouTube channel, an unbelievable 55 million fans on Facebook, as well as 19 million followers on Twitter and 4 million on Instagram. The greatest hit-maker of our time has been produced singles together with stars such as David Bowie, Rihanna, Snoop Dogg, Nicky Minaj, Emeli Sande, Sia, Akon, Avicii, Nicky Romero and countless others, and has recently released his latest hit single with the smash trio Disciples who are also set to perform on this year’s Exit Festival.

For his next single, instead of the top stars, Guetta decided to feature the fans, breaking another record with over a million fans who have recorded with him as part of his official song of UEFA EURO 2016! “Thanks a million to everyone who recorded with me,” said Guetta. “It really is a collaboration like no other. I wanted to try something very special and put the fans at the heart of the UEFA EURO 2016 song. When I asked one million fans of music and football to record with me I didn’t know how they would respond but the support from all over the world has been amazing”. Single “This One’s For You!” will be released this spring and will be performed by Guetta at the UEFA EURO 2016 opening and closing ceremonies, as well as at a free concert in central Paris on the Champ de Mars underneath the Eiffel Tower on 9 June. Immediately after his performance in Novi Sad, he is set to return to Paris to perform at the official closing ceremony of the European Championship at Stade de France!

The legendary Exit Festival stage that promotes independent electronic music and contemporary culture, No Sleep Novi Sadwill welcome Berlin’s leading techno institution Tresor on Friday, 8 July. The tour celebrating a quarter of a century for one of Europe’s leading clubs and an extremely influential record label, after Amsterdam, London, Detroit, and Sydney, is arriving to the Petrovaradin Fortress. The lineup will be led by the icon of electronic music and founder of Berlin’s contemporary soundMortiz von Oswald, joined by the leaders of the new European techno scene Zadig, Dasha Rush and Psyk! The local scene will be represented by the producers who have performed at Tresor – Belgrade’s iconic producer, living and working in Berlin, Miloš Pavlović better known as Regen, as well as Belgrade’s new favourite and club Drugstore’s resident DJ, Filip Xavi.

Check out the Exit fans’ favorite group offer!
You can join the EXIT fans’ favorite special offer, which allows the entire crew to buy four four-day tickets for EXIT, four three-day ones for Sea Dance, or four tickets for the entire Exit Adventure, and receive a fifth ticket for free!
Tickets are available at THIS LINK. You can save up to 60% from the final ticket price in July. Accommodation and travel arrangements can be found at Exit’s official travel agency, ExitTrip’s OFFICIAL WEBSITE.