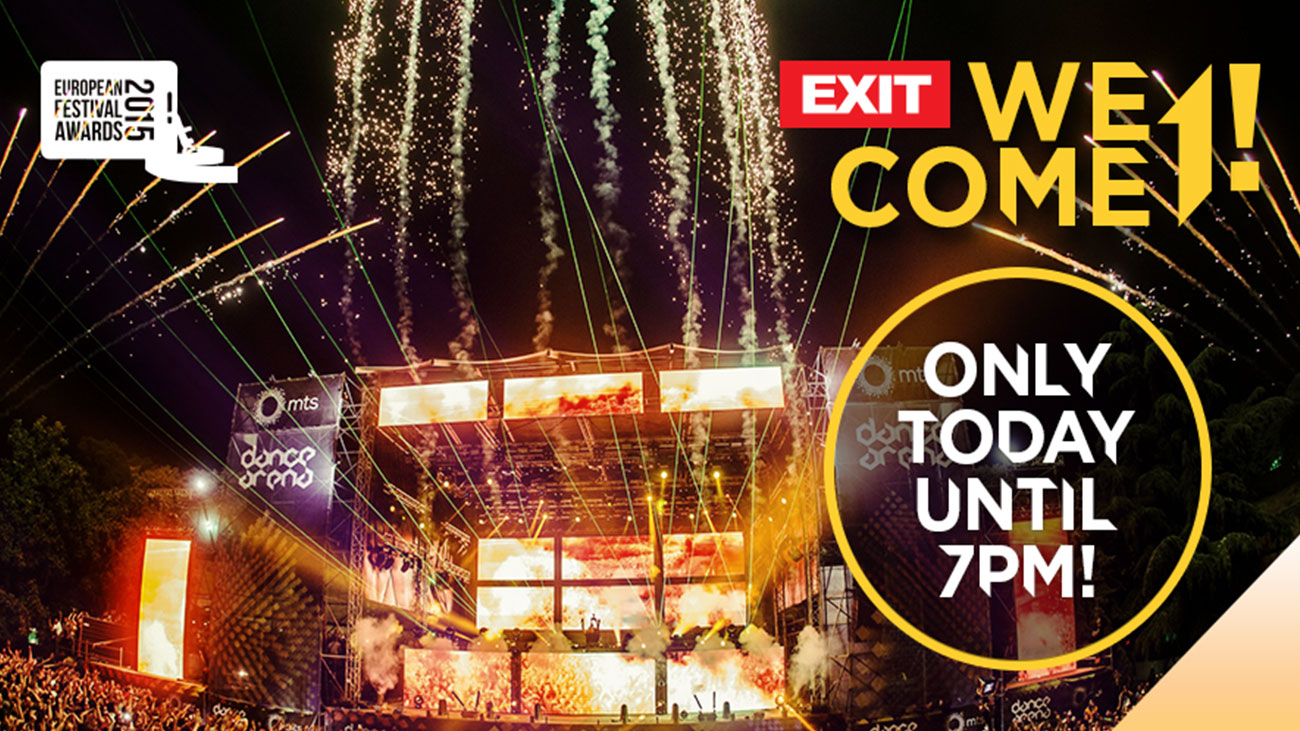 We are just three days away until the end of voting for the European Festival Awards, and the news from The Netherlands are as follows: according to your votes, Exit and Sea Dance festivals currently rank in top three, each in their respective categories! Both festivals, constituting the huge Exit Adventure, can win the most prestigious European festival titles, and in order to do so, they need your help! The remaining three days are crucial, since the finishing votes are the ones where the audience give their final judgement! All of you who vote until Thursday, 12 November until 7pm CET can, at the same time, win VIP tickets to leading festivals all across Europe!

Audience from all around Europe, together with a jury made of prominent individuals from the festival industry world will announce the winners on 13 January at the award ceremony held at Eurosonic Noorderslag in Groningen. This is what it all looked like two years ago!

2014’s winner, Exit Festival, has been nominated for the “Best European Festival“ award seventh time in a row, whereas Sea Dance Festival defends last year’s “Best Medium-Sized European Festival“ award, which goes to festivals that attract up to 40.000 visitors per day. 34 festivals from 15 countries are competing for the grand prize, including Roskilde, Tomorrowland, Sziget, Wacken, Lollapalooza Berlin, and others. The current title holder, Sea Dance Festival, is competing for its prize alongside 60 festivals from 17 countries, among which are Best Kept Secret, In music, Melt!, Volt, as well as Berlin festival!