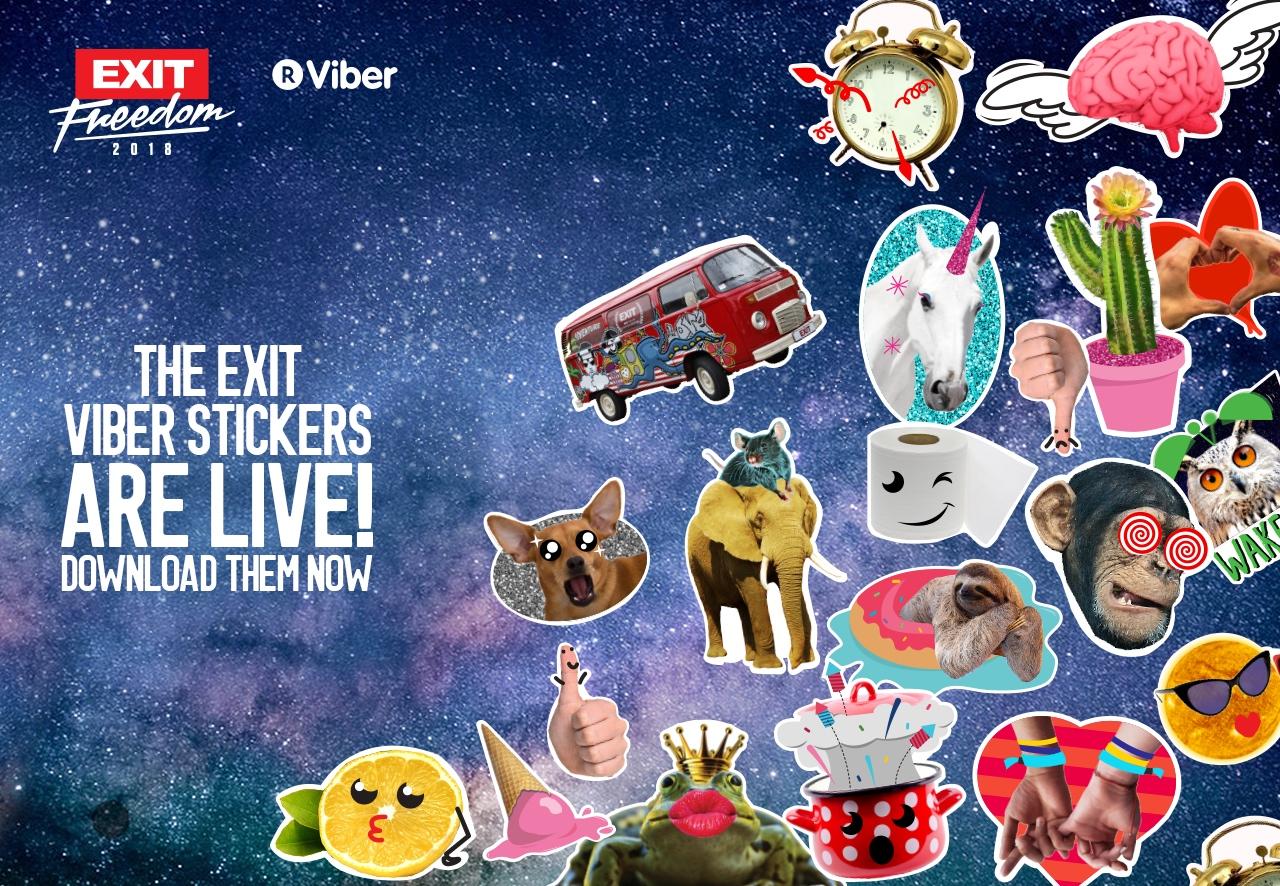 For its 18th birthday, traditionally marked on June 29, EXIT is giving away a free Viber sticker pack to all the fans for a third year in a row, in cooperation with our region’s most popular messaging app! EXIT is the first festival in the world to launch its Viber stickers, while today it has over 1.1 million fans on this communication platform, number that can be compared to the greatest world’s brands such as Barcelona or Coca-Cola. In the Balkans, EXIT public chat is unrivalled in comparison with other popular brands such as sport clubs, telecommunication providers etc. This year, there will be more stickers than ever, with 34 irresistible combinations of photographs and illustrations being made available to more than one billion Viber users throughout the world! Statistics from previous years show that stickers will be even more popular this season, as over two million users from 174 countries of the worlddownloaded them so far and they were sent more than 10 million times!

EXIT Viber stickers have been downloaded and used in some very exotic destinations, such as Fiji or Solomon Islands, while the greatest number of fans outside the Balkans can be found in Russia, Great Britain, Ukraine and Austria. All of them can contact the new EXIT chat bot on Viber directly and find out all the useful info regarding the festival, such as how to get the tickets easily, as well as latest news. They can check the timetable during the festival and check the map with over 40 zones and music stages. EXIT chat bot on Viber allows fans to quickly find and share some of the large amount of video, audio and photo content with their friends and prepare themselves for this year’s festival edition.

Colossal stage spectacle and eruption of positive energy at the second Sea Star Festival in Umag!