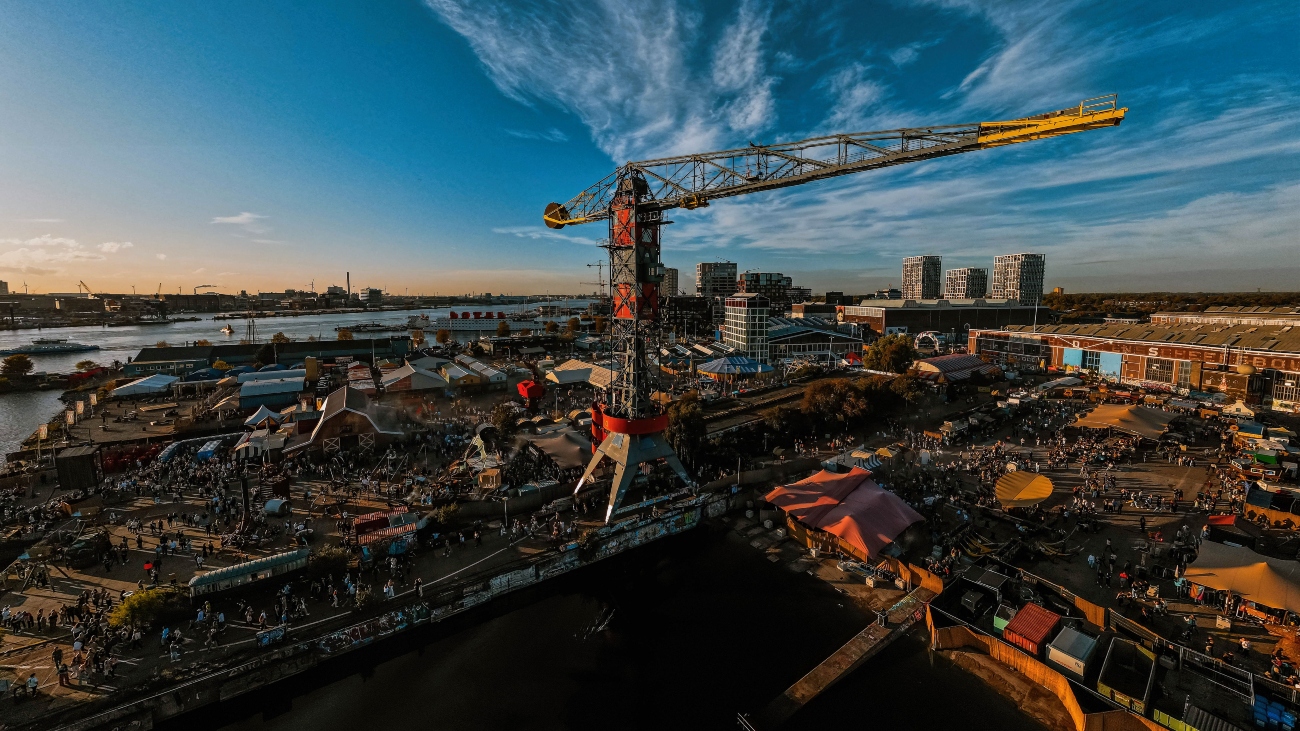 The participants included Amelie Lens, Boris Brejcha, Reinier Zonneveld, Indira Paganotto and DJ Jock, who, after conquering Amsterdam, will soon come to Belgrade to bring the audience in our country to ecstasy! One of the most notable parties during ADE was organised by the EXIT festival, at the most fantastic location imaginable, the exclusive club and hotel Faralda Crane, on top of a large crane 50 metres above Amsterdam, featuring a special performance by Agents Of Time.

Amsterdam Dance Event is the most influential and largest gathering on the global electronic music scene. Over five days, all the leading and upcoming DJs, producers, publishers, agents, promoters, production companies, and numerous other actors on the global scene come to one place. The star of the upcoming No Sleep festival, Reinier Zonneveld, stood out among the crowd of performers, setting a high bar for all ADE participants last year when he broke the record for the biggest techno solo event in history with 13.000 tickets sold in less than three hours, which outshines the world’s biggest music superstars like U2, Metallica, Adele and Lady Gaga! This year he came back even stronger with some first-class company – he closed a gigantic party in the impressive Ziggo Dome, where he performed with the king of electronic music, Carl Cox. This show was, of course, sold out.

At the Amsterdam Dance Event, Amelie Lens once again demonstrated why she is at the head of the entire techno community. Her EXHALE event in collaboration with Awakenings, in addition to being sold out as expected, brought together many top artists, including Helena Knauff, 999999999, and Farrago.

Amsterdam Dance Event was an unmissable stop for Boris Brejcha’s exclusive ”In Concert” tour, which includes a permanent line-up of Ann Clue, Deniz Bul and Moritz Hofbauer. This energetic and tireless Fcking Serious crew is touring its audio-visual spectacle worldwide. As soon as next week, on November 4th, they will arrive at the Main Hangar of the Port of Belgrade. What the local audience can expect can be seen from the ADE clips that Brejcha shared, and the most loyal fans can only hope that Brejcha will also go down into the crowd after his Belgrade performance.

ADE was also dominated by the unique Indira Paganotto at an event hosted by her collaborator Charlotte de Witte. Indira’s set and audience reactions confirmed once again that techno and psytrance are more than capable of coming together and creating a blockbuster cosmic party.

The EXIT festival is another traditional part of the Amsterdam Dance Event, organising its Showcase at a most exclusive location – Faralda Crane, at the very top of a monumental construction crane, 50 meters above Amsterdam! Add to that the line-up – Agents of Time, Layla Benitez, Eli Brown, Ilija Djokovic, Human Rias, Ece Ekren and MIJU – and you get one of the most amazing parties at this year’s edition of ADE, attended by some of the biggest names in today’s music industry.

The ADE Green conference for sustainability, innovation, and social change in the music industry was held again this year and attended by EXIT festival representatives. On that occasion, the EXIT festival joined the Green Deal Circular Festivals group, which includes 42 other European festivals, with the aim of making these events environmentally sustainable. The members of the Green Deal Circular Festivals group focus on the following areas: energy, food and drinks, travel and transport, materials, and water.

It is particularly significant that the talented and internationally acclaimed DJ and producer from Split – DJ Jock – was part of the Amsterdam Dance Event. Best of all, we will get to hear all of them – Amelie Lens, Reinier Zonneveld, Indira Paganotto and DJ Jock – soon in Belgrade, in the Main Hangar, during the exciting No Sleep weekend, on November 11th and 12th.