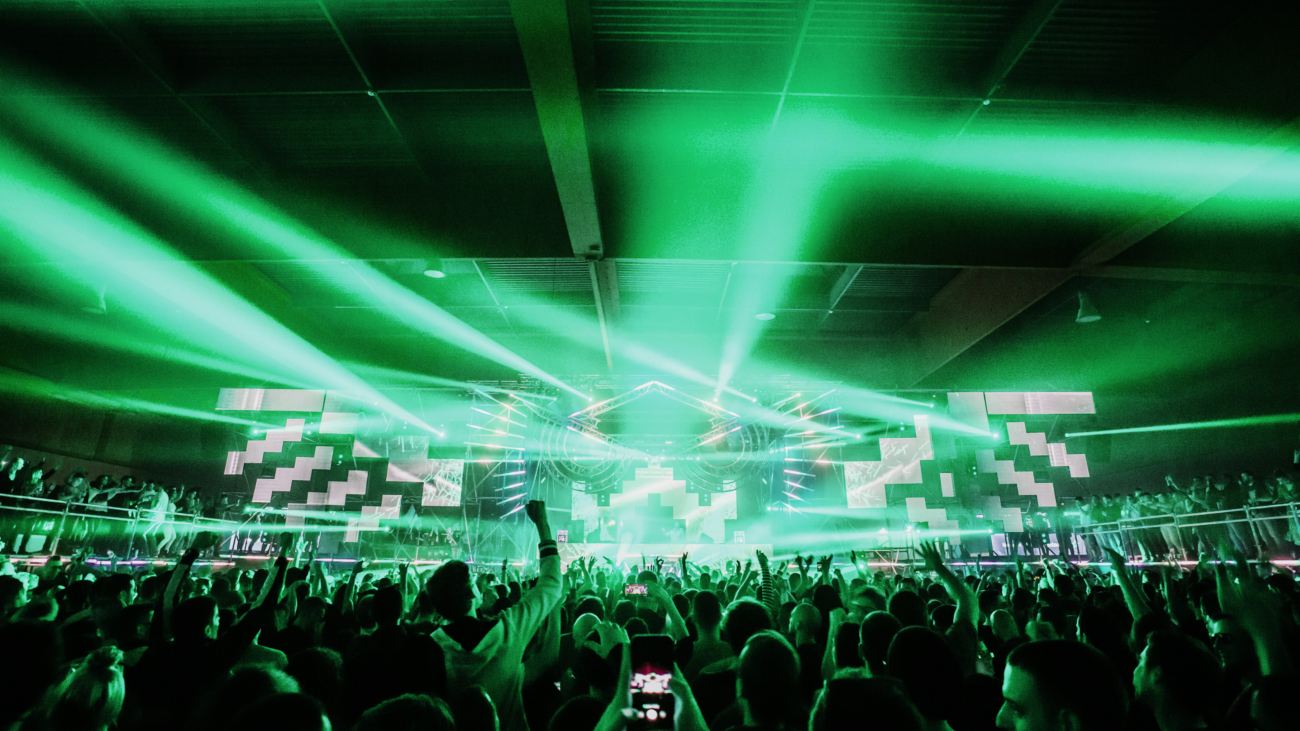 No Sleep Festival, the brand-new electronic music event in Belgrade, made by the team behind the Serbian multi-awarded EXIT festival, gathered 25,000 people from over 30 countries. The festival spanned from 15 to 18th November at 12 locations throughout the city gathering over 100 performers. The round’o’clock program saw some of the world’s most acclaimed DJs including Nina Kraviz, Fatboy Slim, Cassius, Lee Burridge, DJ Tennis, Marcel Fengler, Francois X, along with the hotly-tipped techno acts like Dax J, I Hate Models and Randomer. Fans of the more avantgarde electronic scene enjoyed authentic sets by Aleksi Perälä, Molly, Olof Dreijer (The Knife), Agnes Aves, Black Merlin, Philip Berg, while both local and the regional scene were broadly presented by their key players like Marko Nastić, Dejan Milićević, MKDSL, DJ Jock, Nevena Jeremić, Filip Xavi, Avoid aka Vladimir Aćić, Sonja Sajzor, Monosaccharide, Johana, Schwabe (Tapan), 33.10.3402 and many others.

The continuous 72h multi-venue party started on Thursday night at the festival’s central spot, the Main Hangar in the Port of Belgrade, where Fatboy Slim had an exclusive show dubbed simply as the Warehouse Rave. The set was highly charged with both house and techno, crossing through acid belters and classic dance anthems, including the special remixes of his own chart toppers such as “Praise You”, “Right Here, Right Now” or “Star 69”!

At the moment when the whole world is watching her every move with the unprecedented attention, the Russian artist Nina Kraviz, brought white-hot atmosphere in her furious two-hour set in the Main Hangar, confirming her status among the leaders of today’s techno scene. In one of the most exciting techno lineups of the year, she was joined by the two young techno lions Dax J and I Hate Models, whose path to the very top is even more certain after the epic night at No Sleep Festival.

After two days of raving, the Saturday night in the Main Hangar was reserved for uplifting, soulful, melodic and even quite emotional house music. No Sleep music platform, known for partnering with clubs like Fabric, Tresor, Sub Club, Arma17, Goa, Nitsa, and many more, in its evolution to a brand-new festival, hosted the iconic Parisian club Rex that celebrated its 30th anniversary in Belgrade, featuring Cassius, Lee Burridge, Molly and Pascal Walter, who were joined by the local heroes Marko Nastić and Petar Cvetković.

Over the whole weekend, the No Sleep Festival, whose roots are in showcasing world’s top clubs at EXIT’s iconic No Sleep Novi Sad stage, this time promoted some of the Belgrade’s finest clubs like Drugstore, 20/44, Mladost, Gadost, Gajba, Mint, Pržionica, Tranzit and Dot, while also spreading to city’s well-known record shop Yugovinyl. That’s a store where François X, the Parisian techno bard was buying old vinyls from the Yugoslav era in each of his frequent visits to Serbia, providing the No Sleep festival with an exclusive YUGO set at the well-known boat-club 20/44. He also played his techno master-class at the equally famous club Drugstore, joining the bill with Randomer and Olof Dreijer from the legendary band The Knife.

In parallel to music program and in partnership with SAE Institute, No Sleep Conference took place at Marsh Open Space in a bar-flooded area in Cetinjska street, featuring many of the festival’s performers in various panels that focused on current trends and problems in electronic music. Some of the panelists included Dax J, Olof Dreijer, Philippe Zdar (Cassius), DJ Tennis, Molly, Francois X, Marcel Fengler, and many other who discussed on topics that ranged from running labels to social activism in the global music scene.

Next stops before its 2nd festival edition next November are the legendary No Sleep stages. The one from which it all started taking place next summer at the EXIT Festival, for which the club partners will soon be announced, and the second one is its beach edition at the Sea Dance Festival in Montenegro. No Sleep will also host parties in its partner clubs around the globe as it did before in London, New York, Barcelona, Rome and other places. Having in mind that its previous lineups featured Jeff Mills, Nina Kraviz, Moritz Von Oswald, Helena Hauff, Daniel Avery, Amelie Lens, Rødhåd, DJ Tennis, Denis Sulta, Charlotte de Witte, Red Axes, Tijana T, Mike Servito and dozens more, the future of the whole No Sleep universe looks very bright.

World No. 1 DJ duo Dimitri Vegas & Like Mike to bring a spectacle for the great EXIT finale!

Idles: Punkers who conquered the world