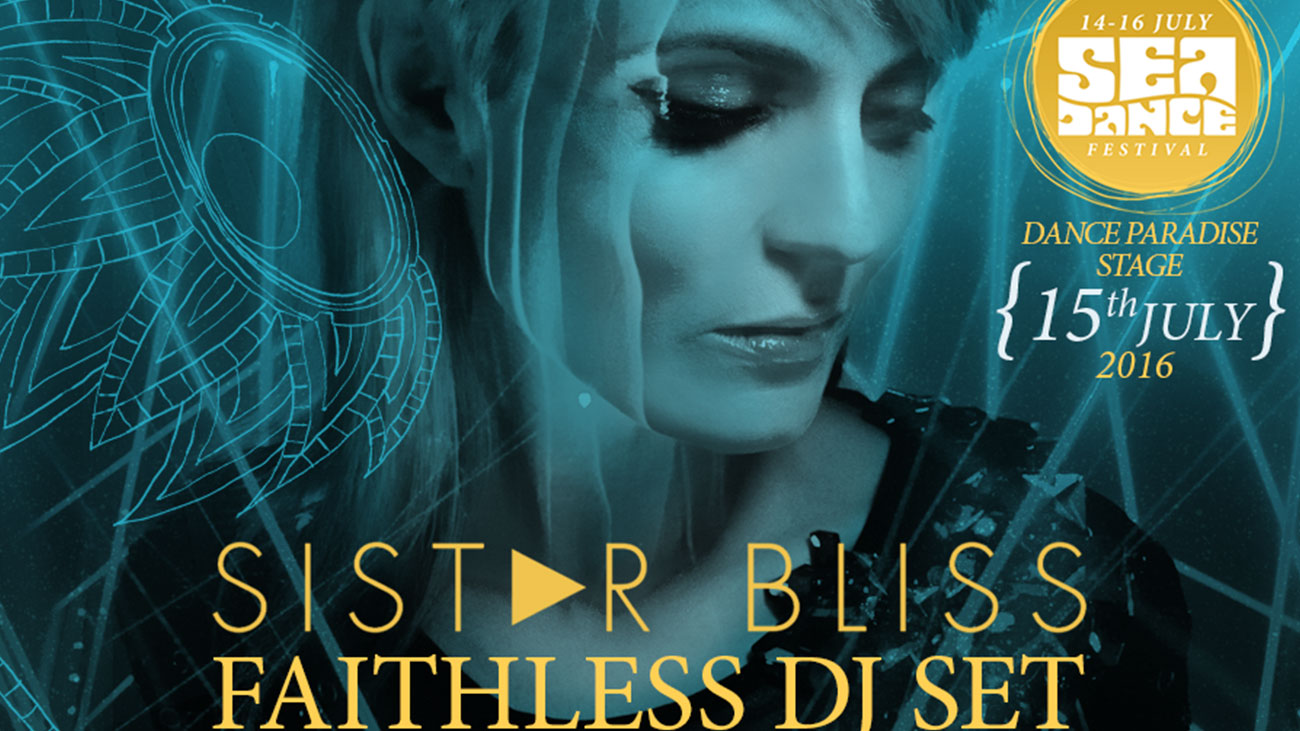 The author behind the most important tracks in electronic music, and the musical force of the legendary group Faithless, Sister Bliss arrives to the Dance Paradise stage on 15 July, performing on the third day of the Sea Dance Festival. This renowned artist from London is responsible for creating the music for electronic anthems “God is a DJ”, “Insomnia”, “We Come 1”, “Music Matters”, “Salva Mea” that allowed Faithless to enter modern music’s hall of fame as one of the most important bands in the history of the genre, selling over 15 million records worldwide. Sister Bliss has numerous singles and two solo albums, and has also worked side-by-side with music icons such as Boy George, Dido, Example and Robert Smith (from The Cure). The performance on Jaz Beach has also been confirmed by the best Russian DJ duo Filatov and Karas, creators of the remix “Don’t Be So Shy”, which has over the last six months grown into one of the biggest hits on the planet, conquering music charts all over the world. They will be joined by the Belgrade group S.A.R.S., who are celebrating 10 successful years on the music scene at Sea Dance Festival. Arriving to Jaz Beach are also the leading stars from the bass scene, the cult DJ and producer, actor and visual artist Goldie, as well as the leader of the new drum & bass sound Shy FX, accompanied by the famous MC Stamina. Winners of MTV’s Best Adria Act Award and darlings of the regional audience, Kotor’s hip-hop dream team Who See will once again play hosts on the main festival stage.

Sister Bliss expressed her love towards music as Ayalah Deborah Bentovim at the age of five, when she began playing the piano, who soon after that also picked up other instruments: the violin, saxophone, flute, and bass. From the start of her carrier in 1987, her lavishing talent allowed her to set herself apart on the house DJ scene, which made her one of the rare women DJs in the UK at the time. Performing in the most popular clubs across the world, she quickly began recording and releasing her own songs. Soon after that, she met her future colleague and producer Roll, and together they begin writing and recording songs. Their cooperation finally culminated with a new studio project – Faithless, and together with Max, they started creating a new sound by mixing dance, hip-hop, blues, folk, and classical music. She continued expressing her talent on screen, by creating music for film, television, and theatre. Among those projects is the music she created for the film version of the cult television series “Sex & the City 2”, as well as “The Beach” from Academy Award- winning director Danny Boyle, starring Leonardo DiCaprio in the lead role. After several years on break, Faithless reunited once again last year with a desire to play live yet again. As part of their comeback tour, the band members celebrated their 20th anniversary on EXIT, with a spectacular Main Stage performance!

The DJ combo, Alex Karas and Dimitry Filatov, are set to perform at the Sea Dance Festival on 16 July. After almost 10 years of solo performances across the world, and releases for some of the preeminent labels like Universal Music, Warner Music, etc., in 2012 they decide to join forces, and take the world by storm. After their amazing success in the beginning of 2015, with a remix single of French artist Imany’s song “The Good, the Bad and the Crazy”, the duo continued their collaboration with her, and soon enough they released the remix smash hit “Don’t Be So Shy” which became a platinum record. The song peaked in first place on music charts around the world, and made its way to the list of most sought after music singles on the popular music platform Shazam.

British musical star-sensation Goldie, will perform live on main stage at the Sea Dance Festival on 14 July. The living embodiment of the drum & bass movement and the pioneer of  the “Metalheadz” record label, has just celebrated 20 years from the release of his first, and one of the most influential drum & bass albums of all time – “Timeless”, which rightfully made its way onto the list of 1001 Albums You Must Hear Before You Die. Beside his amazing musical success, Goldie is recognizable for his acting career as well, which kicked off in the film “Everybody Loves the Sunshine” shoulder to shoulder with David Bowie. That role landed him a role among the cast of Guy Ritchie’s legendary creation “Snatch”, as well as a bad boy role in the James Bond classic “The World Is Not Enough”. In February of this year, the Prince of Wales awarded Goldie with the MBE (Member of the Most Excellent Order) for his contribution to music, television, and film, as well as for his work in numerous charity organizations.

Shy Fx appeared in 1994 with hit singles “Gangsta Kid” and “Sound Of The Beast”, followed soon by the already mentioned club hit “Original Nuttah”, which achieved staggering success conquering clubs and charts across the world. Afterwards, we also witnessed the arrival of “The Message”, “The Wolf”, and “Bambaataa”, which was declared in 1997 as the song of the year. The list of contributing artists that worked with him contains the leading names from the British music scene, with artists such as Emeli Sande, Chase&Status, Dave Rodigan, Pete Tong, Dizzee Rascal, Ms. Dynamite, London Grammer, and many more.

Belgrade group S.A.R.S., heralds of social commentary and problems of “simple” man, arrive to the main festival stage on 14 July, as part of their celebration tour, marking the (first) ten year anniversary of their career as a band. Amazingly, the audience at Jaz Beach will also have a chance to hear their premier performance of songs from the new upcoming album, set to be released in May. S.A.R.S. has up until now released six albums, containing numerous hits like “Buđav lebac”, “Ratujemo ti i ja”, “Debeli lad”, “Rakija”, “Lutka”, accompanied by nineteen music video releases, fourteen of which have over one million views on YouTube.

Who See, founded by Mario Đorđević Noyz and Dejan Dedović Dedduh, arrive to the main festival stage on 15 July. Owing their popularity outside of Montenegro to the magnificent hit single “Reggaeton Montenegro”, and its music video which was placed among the 100 best in the world at the time. Soon enough the audience in the region gave their vote of confidence, which landed them MTV’s prestigious Best Adria Act Award. Their latest album saw numerous smash hits, such as the title track “Nemam ti kad”, as well as “Pušti đaola”, “Dinamida” and “Prevaspitavaj đecu”. Together with their colleagues from S.A.R.S., they sang praise to the beauty of Ada Bojana in the song “Bojana”, while the music video for the Balkan megahit “Đe se kupaš” showcasing natural wonders of Montenegro, served as a promotional tourist video for both the National Tourist Organization and Montenegro’s Ministry of Sustainable Development and Tourism.

Save up to 60% on festival tickets only until 15 April!