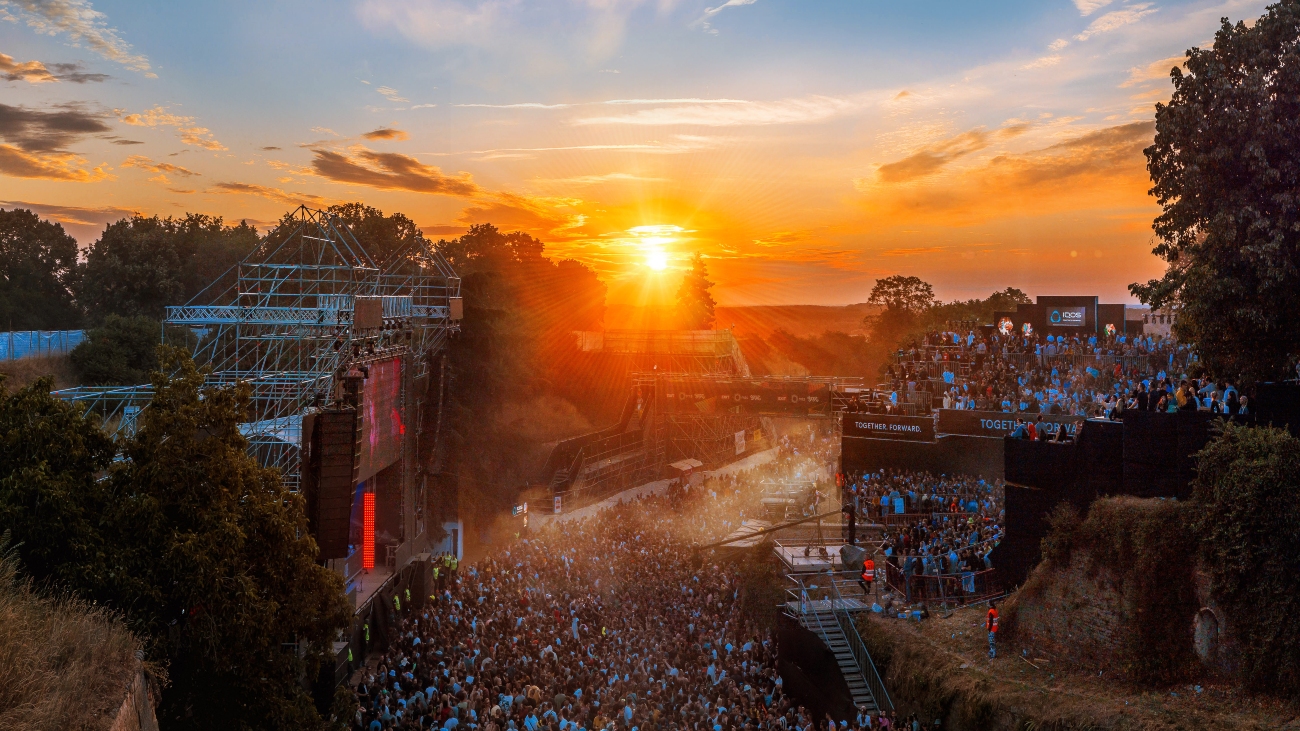 This world-famous magazine described Calvin Harris’ performance as a “mega party at the Petrovaradin Fortress,” Nick Cave’s performance was deemed a “spiritual experience,” the mts Dance Arena was described as “magnificent,” while the author added that “EXIT’s range of stages had to be seen to be believed.” NME also applauded Konstrakta, saying she “holds down the same stage space” as the two mega-headliners Calvin Harris and Nick Cave and that “she deserves it.” The home of the EXIT festival, the Petrovaradin Fortress, is described by NME as a “strangely beautiful setting.”

“Beyond towering headline sets from the likes of Calvin Harris and Iggy Azalea, though, and the army of Europe’s elite DJs and producers that filled the dozen or so stages, there were major names from across the musical spectrum: Nick Cave & The Bad Seeds, Sepultura and Napalm Death, to name just a few “, one of the five NME reports from the festival states.

“If there is a lesson to learn from EXIT Festival, it is that this is a place where music from every community is invited, welcomed and treated equally, and the result is a festival with an atmosphere all of its own. Bravo,“ is NME’s impression after spending four days at the festival.

“Tens of thousands gather at the Main Stage, glow sticks primed, for a stroll through a sizeable chunk of the last decade’s most globally-recognised pop music. He works his way through one mega-hit after another, each more rapturously received by the EXIT revellers than the last, as Harris casually throws out choruses from his A-list friends, from Rihanna to Dua Lipa and Sam Smith. You do have to remember that this is not just a mainstream club night playlist, but the work of one man’s contribution to the culture.“

Impressions from the concert of Nick Cave and his The Bad Seeds also went around the world via NME, who described the performance as an “unforgettable emotional release“.

“The tragedies that have befallen Nick Cave in recent years are well known, but if anything, it has only served to amplify the emotional impact of his stage presence. For over two hours, he held the EXIT crowd under a rapturous spell with a set that moved from tender introspection to pulverising explosions of joy. Cave moves across the stage as if he is the Messiah, and it doesn’t jar even slightly. When he reaches into the crowd, people reach back as if receiving a gift,” says Max Pilley.

The author also noted that “EXIT’s booking policy to this day deserves credit for giving such a sizeable platform to bands like Sepultura”, while Marky Ramone’s performance is said to have proved “that the original spirit of punk is alive and well.”

NME believes Honey Dijon’s 2:30 mts Dance Arena performance was “timed absolutely perfectly“, including what they called “moments of giddy euphoria sprinkled throughout the set“. “Dijon swings from classic disco stylings to hyperpop with ease. The EXIT crowd rises to her challenge and maintains its energy level for the duration, as much in excitement to discover which direction she is heading in next as anything else,” they added.

NME has also highlighted the No Sleep stage on a few occasions, emphasising its, as they say, “appropriate name“ and owl-shaped stage, located between two steep fortress walls. Max Pilley describes the walk between the Fusion and Main Stage as “travelling between galaxies“.

“Such is the joyful diversity of what EXIT Festival supplies that even that short walk involves passing stages that in turn are blaring out techno, reggae and punk,” he adds.

The NME writer concludes that “the festival’s 2022 slogan ‘Together Always’ turns out to be true.”

“This is a place where all forms of music are welcome, and people are invited to come together to enjoy them in unity,” he points out.

Earlier this year, NME nominated EXIT for the best festival in the world as part of the BandLab NME awards, putting the Serbian event among 10 worldwide festivals, including Reading & Leeds, Fuji Rock and Wireless. EXIT thus found itself among the most important figures in the global music industry, such as Lana Del Rey, Billie Eilish, The Weeknd, Måneskin, BTS, Lil Nas X, Taylor Swift, and Liam Gallagher, who were also nominated in various categories.

The British magazine NME (New Musical Express) is one of the world’s most renowned media outlets, with a 70-year history, during which it has covered topics in music, film, and culture.