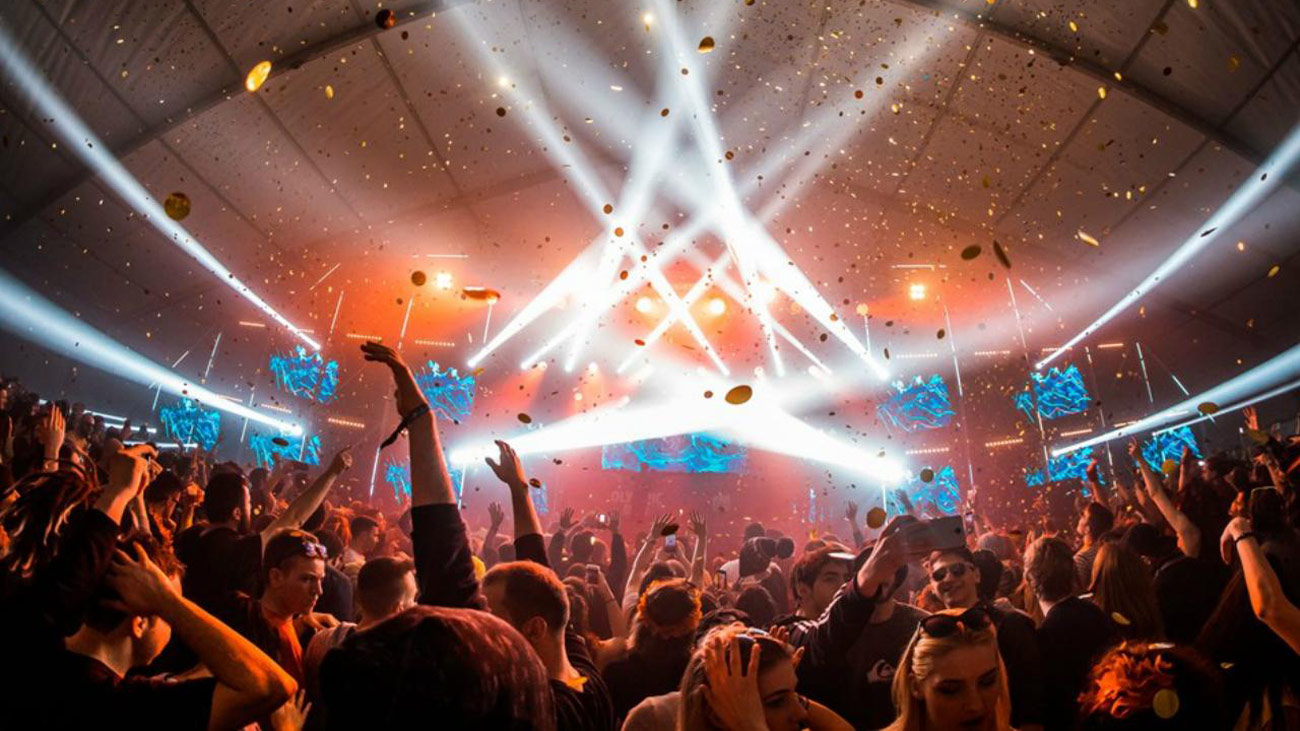 The first Festival 84 just wrapped up. This new member of Exit’s regional family who, already after the first edition, found itself among the winter festivals with the largest audience in the world, with over 20,000 peoplevisiting! At the location of the 1984 Winter Olympic Games the flame burned again. This time it was a festival flame, lit by the legendary Yugoslavian skier Bojan Križaj using the original Olympic torch. With this opening ceremony, as well as with its name, Festival 84 sent a message of peace to the entire region and reminded us of the accomplishments we are capable of when we turn to unity and start cooperating. Audiences from all around the region and more than 20 world countries had fun from Thursday 15th to Sunday 18th with numerous world and regional music stars on Marathon parties which almost never stopped, at five music stages all around the Jahorina Olympic Center. Đule, the frontman of Van Gogh, said that the phenomenal energy he felt reminded him of the very beginnings of EXIT festival, suggesting the hights which Festival 84 could reach, while the General Secretary of the Regional Cooperation Council (RCC), Goran Svilanović, stated that EXIT at Jahorina could change BiH for the better. Exit‘s founder, Dušan Kovačević, added: “With Festival 84, Exit‘s social mission of reconciliation in the region has gained a deeper meaning and reached a new, higher level”.

The main party event yesterday was the performance of German DJ legend Sandrino and Belgrade club scene‘s favorite Kristijan Molnar, whose daily sets in the packed hall of Vučko Hotel were loudly greeted by a cheerful audience. Saturday night fever took over entire Jahorina, and the central spot of the festival on Saturday was certainly the Olympic Main Stage in front of Bistrica Hotel, where the program started with the set of DJ Said5 and continued loudly with regional rock legends, Van Gogh. Hits went one after another, and the audience sang them outloud creating a stadium atmosphere! Packed prefabricated hall which this weekend contained a colossal stage, echoed afterwards with the strong riffs and witty verses of British activists from Asian Dub Foundation, who didn‘t miss the opportunity to call for peace and cooperation from the Olympic Jahorina and Festival 84 and their social networks.

After conquering the main Exit and Sea Dance festival stages in the past, British duo Sigma finally arrived to Exit‘s winter festival, which is this duo‘s specialty, given that their track “Higher” is an unofficial anthem of the biggest ski resort festivals, joined this year by Festival 84. After a high octane set which entranced the audience, the high standards in true Olympic spirit were reached by  Russian hit producers Filatov & Karas, while Mahmut Orhan and Burak Yeter ended the great party at the main stage in grand style. After that, as the night before, the party moved to Hotel Bistrica club, where Mladen Tomić and Siniša Tamamović tirelessly lead audience until late morning.

After the club in Bistrica, the festival moves to the daily Addiko Jump stage, where the honor of throwing a goodbuy party goes to legendary American DJ and producer Eric Clouiter, who arrived to Jahorina after closing the legendary Tresor club in Berlin. He be supported in this undertaking by the most famous “after party” Banja Luka-Sarajevo duo, known as After Affair. The goodbye party will officially close the first Festival 84, which seems to have reached the top leagues from the year one. Next year, with this result, it will compete for the prestigious European Festival Awards.

Everything is ready for a spectacle! Festival 84 and Olympic parties on Jahorina are about to start!

At the Initiative of EXIT Festival, Serbia Pledges to Embark on Mass Reforestation to Help Fight Climate Change