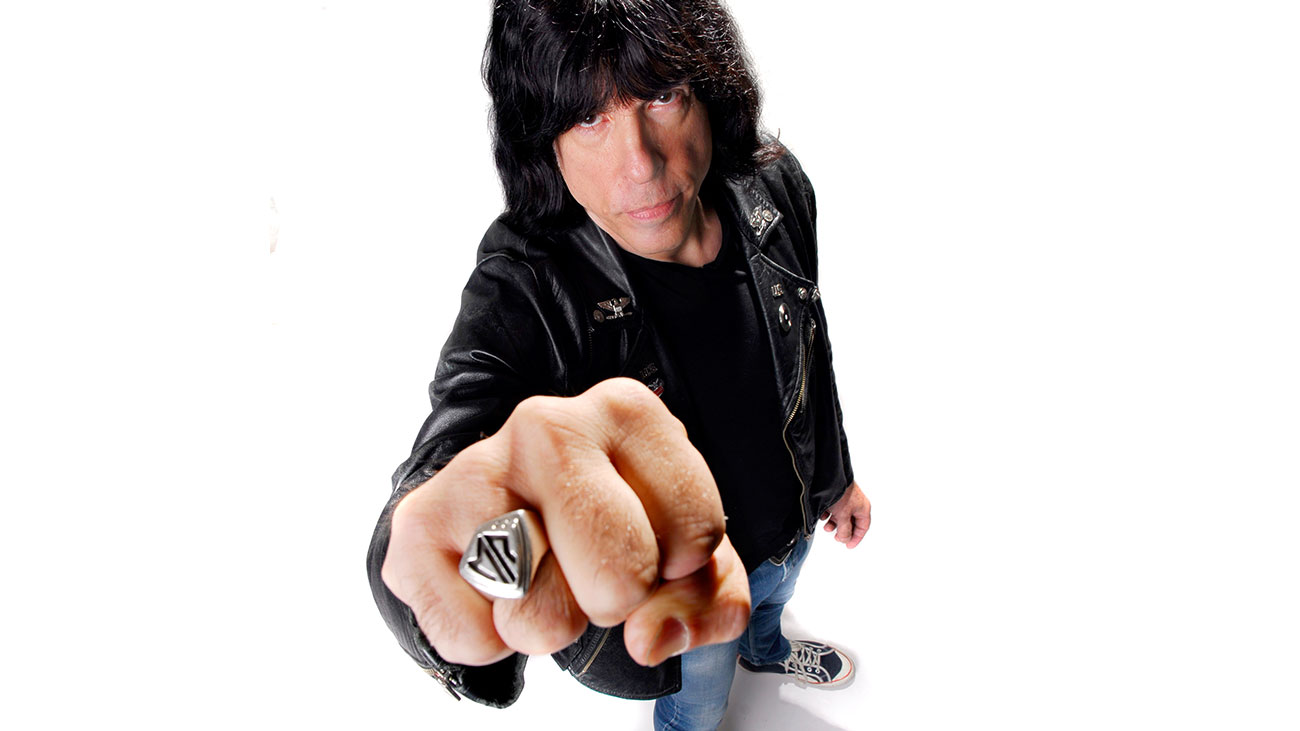 While we’re on the subject of “rocking,” it’s worth noting that The Ramones are almost unanimously accepted in music history as the “first punk-rock band.“ Although Iggy Pop is known as the “godfather of punk,” or perhaps its “grandfather,” it might be more accurate to say that, along with The Kinks, he paved the way for indie rock.

And how did they get their name, that is, how did Marky Ramone himself inherit it? Well, all the band’s members took the “Italian” surname “Ramone“, although they had no family ties because Paul McCartney liked to check into hotels as “Paul Ramon.”

Marky was not even part of the original line-up of The Ramones, which was formed in New York back in 1974, where the band recorded its debut album “Ramones” in 1976. Notably, the longest song was barely over two and a half minutes long, and the chords were so fast and straightforward that critics and colleagues called the band out for the album’s simplicity, to which the Ramones responded: “We’re too dumb to remember complex chords and long songs.” Wearing leather jackets and unique hairstyles, shouting “Gabba Gabba Hey!“ they gave birth to punk.

Marc Steven Bell soon became a member of this fast-paced page of musical history, becoming Marky Ramone: as early as 1978, he replaced Tommy Ramone on drums, and his job was not too difficult given the simple 1-2-3-4 rhythm of the songs. Marky made his entrance during the band’s greatest period, recording one of the two biggest hits, “I Wanna be Sedated“, working with legendary producer Phil Spector who innovated pop music with his “wall of sound,” starring in “Rock ‘n’ Roll High School” and recording as many as five albums in five years as a Ramone before he is consumed by alcohol and politely asked by the other three Ramones to leave in 1983. But Marky learned his lesson quickly: he sobered up and returned to the band as early as 1986, recording 10 more albums until the break-up in 1996, including the single “Pet Sematary“ (purposeful misspelling by the band).

Once a Ramone, always a Ramone. After 1996, Marky and Dee Dee Ramone formed the band The Ramainz (Ramones/Remains pun), playing covers of The Ramones!

Then, in 2000, he started a collaboration with another former bandmate and helped Joey Ramone record his first solo album, “Don’t Worry About Me,” which features elements of the old band but is a step closer to blues and indie rock. Meanwhile, he decides not to sit on his hands and records three albums with his new band, Marky Ramone and the Intruders, another foray into “post-Ramoneness,” if we may be so bold as to coin a term describing this type of music.

He would play again between 1996 and 2008 with Joey, Dee Dee, and the bands Misfits, Osaka Popstar, Cherry Currie, Bluesman, and Teenage Head, returning briefly to his Intruders in 2006 and eventually forming another band, Marky Ramone’s Blitzkrieg, releasing two singles and two music videos for old songs in the second decade of the 21st century, remembering that he could sing very well.

He comes to EXIT with an MTV Lifetime Achievement Award, a mile-long biography, and lots of experience, and we have no doubt that, wearing his slender shaggy boy image, a leather jacket and T-shirt, he will sing every song he can remember from his rich musical background. He will make us feel like a part of music history, even though we were born this late. He is the last beacon of the band that gave us punk, a genre of music that has made the world a much happier and more exciting place.