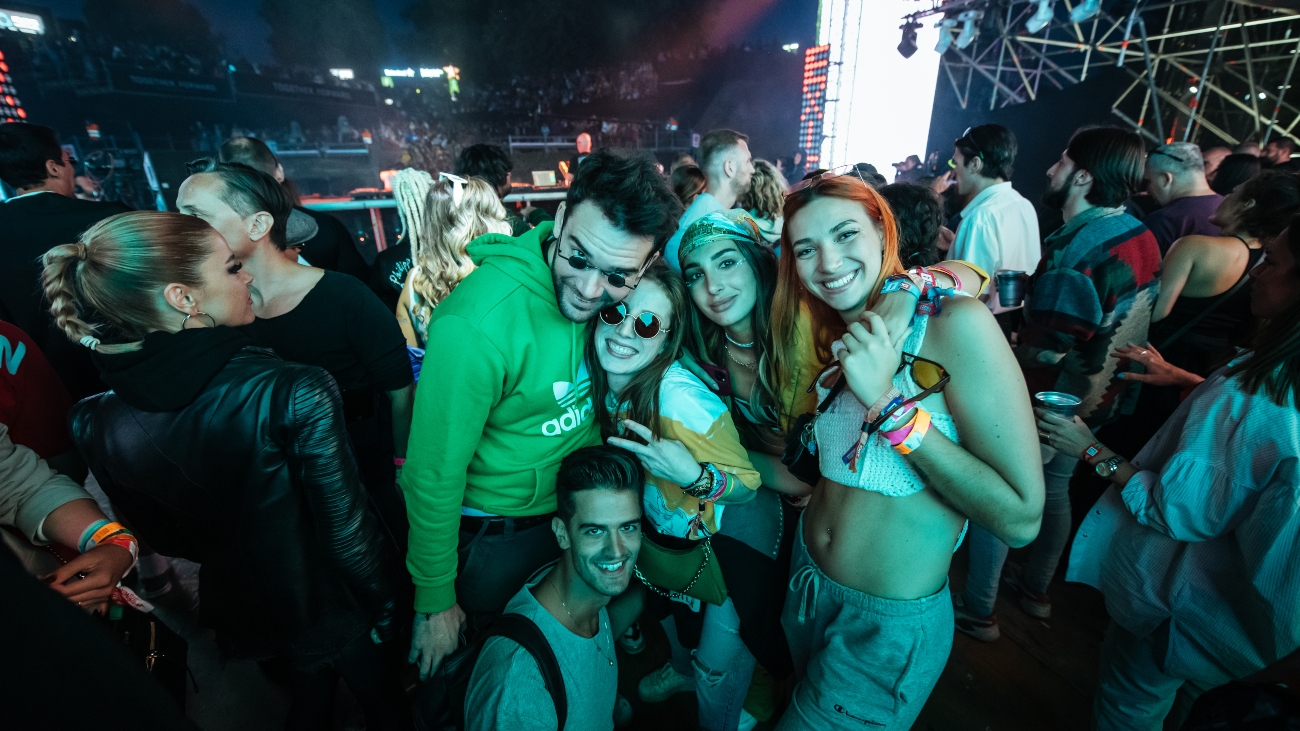 On his Instagram account, actor Miloš Biković thanked EXIT for a great time and wrote, “It was as it always is. Unforgettable! Fireworks of energy and positive emotions!“ while his colleague Dragana Mićalović, delighted with the performance of superstar Calvin Harris said, “My smile is EXIT festival“. Bojan Boki Perić spent most of the festival on the Main Stage and waited for the sunrise at the mts Dance Arena. Swept up by the atmosphere and full of impressions, Perić said the following in one of his interviews:  “In general, I tend to spend nine months of each year waiting for the three months of summer, and those three summer months represent my festival magic, whose most significant part, that is, the biggest part of any single year in my life is the EXIT festival“.

Actor Viktor Savić visited many festival stages, from the Main Stage and his favourite mts Dance Arena, where he spent most of his time, to the Visa Fusion stage, NSNS, and the Wenti Wadada Positive Reggae stage. Summarising his favourite photos and videos from the festival, he said, “Thank you, EXIT! See you next year!“. His colleague Lena Bogdanović was very excited about the long-awaited performances of the legendary rock icon — Nick Cave and the biggest producer of our time — Calvin Harris, while Slaven Došlo also had nothing but words of praise for this year’s EXIT, which he spent on the Main Stage and the mts Dance Arena.

Miona Marković shared her gratitude for a unique festival experience with the following words: “Thank you, EXIT, for letting me watch, listen to, and feel the chills with a musical God — Nick Cave — for the first time“, and TV presenter/actress Kristina Radenković did not hide her enthusiasm for this year’s programme, emphasising, in an emotional post, how proud she was of EXIT, and reminding everyone of her long-term relationship with the festival “From the first edition of EXIT at Bećarac to today, I’ve been with you! 23 years and counting! So many good memories and so many great times! Proud of EXIT Festival and Novi Sad“.

Famous fashion designer and stylist Kristina Bekvalac described EXIT in one word: “Love“ while she spent her nights at the performances of the stars of the Main Stage and mts Dance Arena, while basketball player Nino Čelebić said, “This is a real family. The Dance Arena is a family. So many memories during the 16 years I’ve been coming here“, with a particular focus on the performance by his favourite DJ Maceo Plex, saying that it was a moment of love. The young actress Mina Sovtić thanked EXIT for being the most wonderful festival because it fulfilled her wish to hear Nick Cave live. At the same time, Branko Milošev, a participant in the TV show Survivor, was overjoyed because he got to attend the fierce performance of the band The Exploited, which marked part of his childhood. He expressed his sentimentality with the following words: “I was sent back in time to 15 years ago and the first year of high school, standing in front of the microphone as the frontman of Plavi Yugo“.

The next EXIT Festival will take place from 6th to 9th July 2023! Visitors can apply for the most affordable tickets immediately. You only need to fill out a short form to be one of the first people to secure tickets for EXIT 2023 at the best prices.